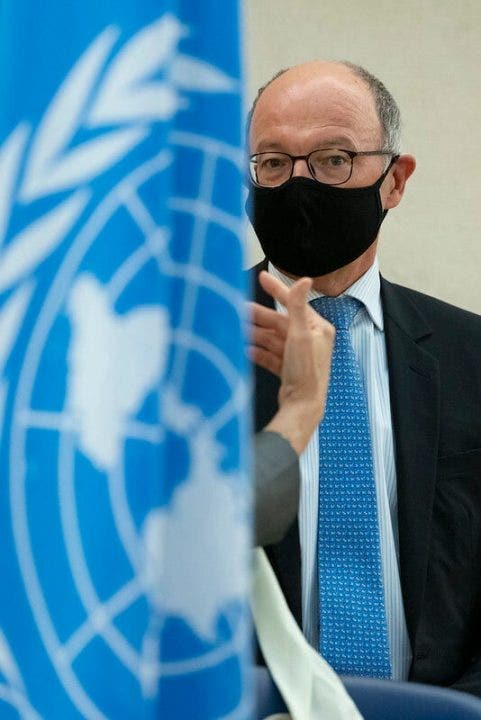 
The United Nations Human Rights Council (UNHRC) allegedly worked to limit a watchdog group’s access to officials and press conferences on orders from its top official due to the group’s staunch criticism on a range of topics.

“He moves them down or off lists of speakers, tells presidents of the council to interrupt or cut short their speeches on the occasions where he does deign to let them speak, censors their written statements to insulate himself and his policies from criticism and openly insults Hillel [Neuer] to his entire staff.”

UN Watch, the watchdog group and NGO, filed a legal complaint in New York Oct. 7 based on leaked internal emails from the UNHRC that indicate Tistounet, a French national who played a pivotal role in establishing the council, held a bias and worked to downplay and limit UN Watch.

Eric Tistounet, the United Nations chief of the Office of the High Commissioner for Human Rights, during the 48th session of the Human Rights Council.
(UN Photo / Jean Marc Ferré)

The organization has proven a particularly harsh critic of the HRC, calling out the council for its dysfunctionalities, double standards toward Israel and China and “dominance by dictatorships,” the group claimed. Neuer is the group’s executive director.

The U.N. Human Rights Office told Fox News Digital that “all speaking opportunities at the [HRC] are generated automatically, through a system which assigns speaking slots on a first-come-first-served basis, based on the priority requested by the NGO and its time of registration.

Specificlly, the HRO asserted that during the 50th (most recent) session of the HRC, there were “no general debates and, as such, the number of opportunities for NGOs to address the council were reduced.”

But Reilly disputed the HRO version of events, instead claiming that Tistounet’s disdain for UN Watch was no secret at the council.

UN TO APPOINT EXPERT TO LEAD CHARGE IN SCRUTINIZING RUSSIA

“I’m not aware of a single rule of [non-governmental organization] engagement that Tistounet did apply to UN Watch,” Reilly said. “And because, as always, he knew he could do this with absolute impunity, much of it is in writing. He even used to text me from the podium of the Human Rights Council when UN Watch were coming up.

“All of my predecessors and successors as NGO liaison simply followed his instructions,” she added. “I was the only one to try to apply the rules objectively. For the 50th session, as the person who designed the computer algorithm, I can definitively state UN Watch was deleted from the list of speakers for the Commission of Inquiry on the Occupied Palestinian Territories.”

The Trump administration withdrew from the UNHRC and accused the council of protecting human rights abusers, allowing them to serve on the council and showing bias in rendering decisions. The Biden administration made a point of returning to the council as soon as possible, winning a seat in 2021.

UN Watch, which is headquartered in Geneva, has specifically gone after the UNHRC for allegedly handing over the names of dissidents from China to the People’s Republic prior to speaking at the U.N.

Tistounet also allegedly told staffers to work from internet cafes so they could post anonymous negative material against Neuer, adding, “It would be nice if someone (obviously from outside the UN, and as was suggested recently from an internet café for instance) could place it discreetly next to his videos concerning the council.”

UN Watch also filed its complaint with U.N. Secretary-General Antonio Guterres. His office did not respond to a Fox News Digital inquiry by time of publication.

Peter Aitken is a Fox News Digital reporter with a focus on national and global news.