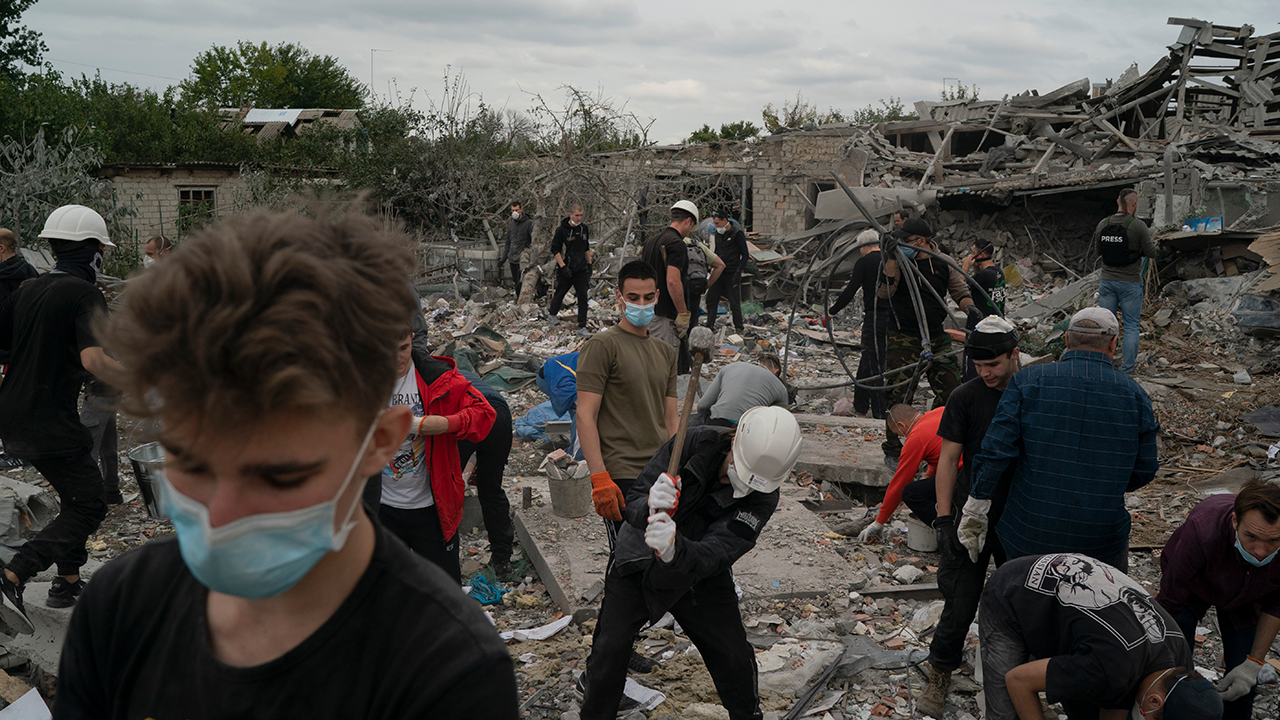 
Russia’s military launched missile strikes against Kyiv, Ukraine, early Monday, as well as other locations in the country, after months of relative calm in the capital of the eastern European nation.

The strikes had targeted the center of Kyiv, and left civilians dead and wounded. Rostyslav Smirnov, an adviser to the Ukrainian ministry of internal affairs, said preliminary information shows at least eight people were killed and 24 were injured in just one of the strikes in Kyiv.

Kyiv Mayor Vitalii Klitchko said explosions were reported in the city’s Shevchenko district, which is a large area in the center of the city that includes the historic old town and several government offices.

Lesia Vasylenko, a member of Ukraine’s parliament, shared a photo on Twitter revealing that at least one explosion happened near the main building of the Kyiv National University in central Kyiv.

Cars sit damaged as underground pipes leak at the scene of a Russian attack on Kyiv, Ukraine on Monday, Oct. 10, 2022.

Explosions were also heard in other cities, including Liviv, Kharkiv and Dnipro, that appeared to be the result of missile strikes. Air raid sirens sounded in every region of Ukraine, except Russia-annexed Crimea, for four straight hours.

In Lviv, energy infrastructure was hit, Regional Governor Maksym Kozytskyi said. The water supply was knocked out in Kharkiv, which was hit three times, according to Mayor Ihor Terekhov.

Rescue workers survey the scene of a Russian attack on Kyiv, Ukraine on Monday, Oct. 10, 2022.

The last attack on Kyiv before Monday was in June, when missiles hit an apartment building, killing one person and wounding six others.

Recent fighting amid the country’s war with Russia has centered on the regions just north of Crimea, which includes Zaporizhzhia, where six missiles were launched overnight Saturday from Russian-occupied areas of the Zaporizhzhia region.

Russian President Vladimir Putin claimed Sunday that an attack damaging the large bridge linking Russia to its annexed territory of Crimea was “a terrorist act” from Ukrainian special services.

Putin said in a meeting with the chairman of Russia’s Investigative Committee that there is “no doubt it was a terrorist act directed at the destruction of critically important civilian infrastructure.”