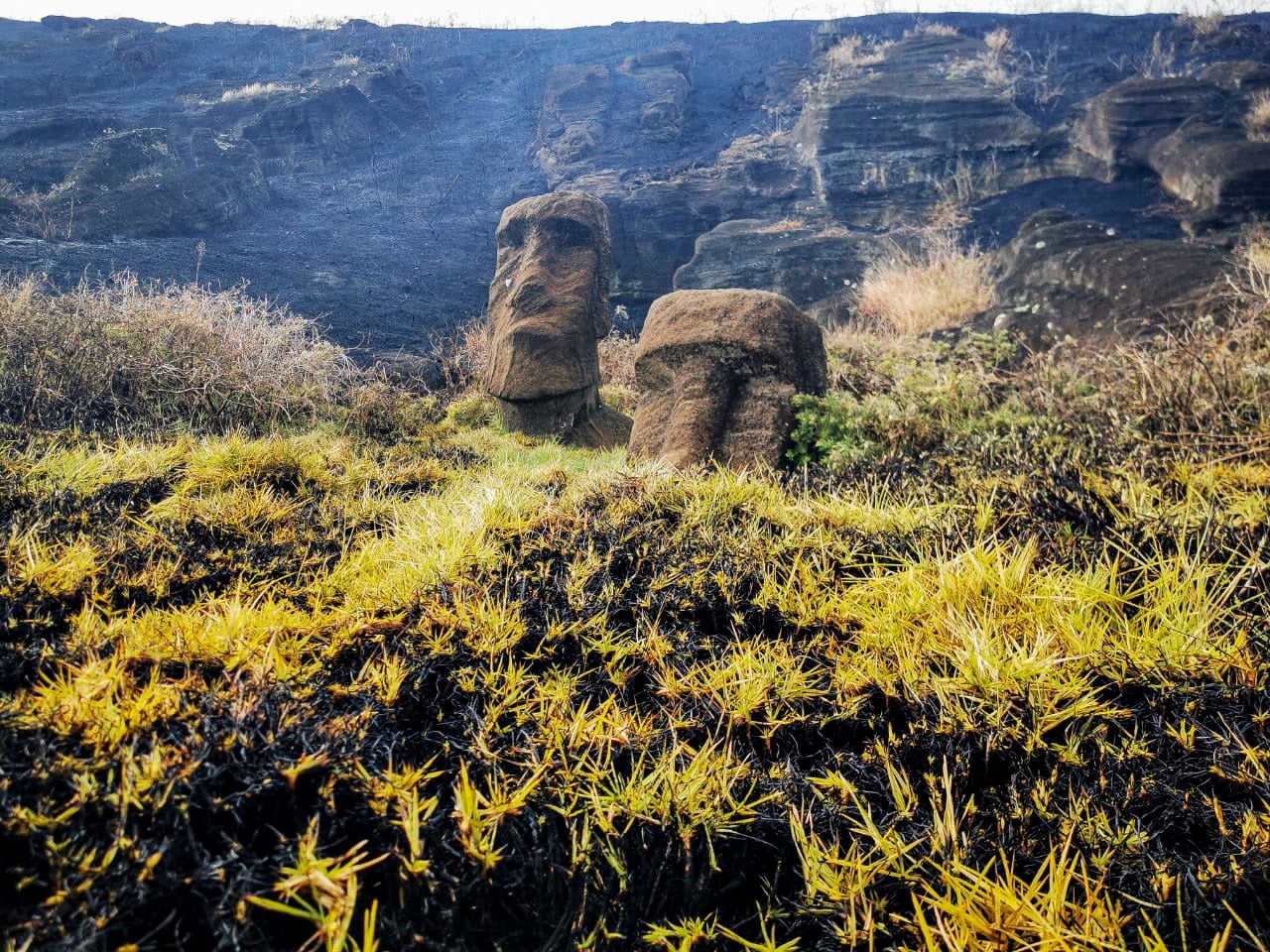 “It’s unquantifiable, unmeasurable, the damage there is, it’s irrecoverable,” said Pedro Edmunds, mayor of Easter Island, a territory of Chile located 2,000 miles from the coast. “Because what the fire does is heat the rock and the rock cracks.”

Scientists will visit the island to assess the extent of the damage and determine what they can do to repair or salvage the statues damaged by the fire, but Edmunds said there may be no “solution.”

Edmunds also blamed a lack of support from Chile’s government as a cause of the damage, saying the state has remained “absent” and could have helped plan to “prevent these problems.”

Damaged Moai statues are seen after a wildfire at a local park in Easter Island, Chile, in this undated handout photo obtained by Reuters on October 7, 2022. .
(Rapa Nui Municipality/Handout via Reuters)

At this time, the cause of the fire remains unknown, and Edmunds said there will be an investigation into both the cause and the full damage of the blaze.

A preliminary report stated that the fire started Tuesday and consumed more than 148 acres, including the Rano Raraku volcanic crater where several of the statues reside.

Smoke rises from a fire burning in the area of Rano Raraku volcano on Easter Island, Chile Oct. 6, 2022, in this picture obtained from social media.
(Courtesy of Bomberos Isla de Pascua/via Reuters)

“For us, it’s super painful to see how the Moai burned,” said Francisco Haoa, a representative of the Rapa Nui people, adding that the statues already face slow damage from weather and the fire “accelerates that damage.”

The island, which is home to roughly 7,750 residents, had closed to visitors during the coronavirus pandemic and only reopened to visitors in August of this year.

Smoke rises from a fire burning in the area of Rano Raraku volcano on Easter Island, Chile Oct. 6, 2022, in this picture obtained from social media.
(Courtesy of Bomberos Isla de Pascua/via Reuters)

Easter Island’s mysterious “Moai” statues provide a big draw for tourists to the islands, which magnifies any loss of the stones. The island is host to over 1,000 of the statues, which can weigh several tons.

The island earlier this year successfully won a long-standing battle to bring back one of the statues that had been removed to Santiago, the capital, in the 19th century, showing how valuable the statues are the locals. The government is currently in negotiations with other institutions, such as the British Museum, to recover other pieces.

Reuters contributed to this report.

Peter Aitken is a Fox News Digital reporter with a focus on national and global news.