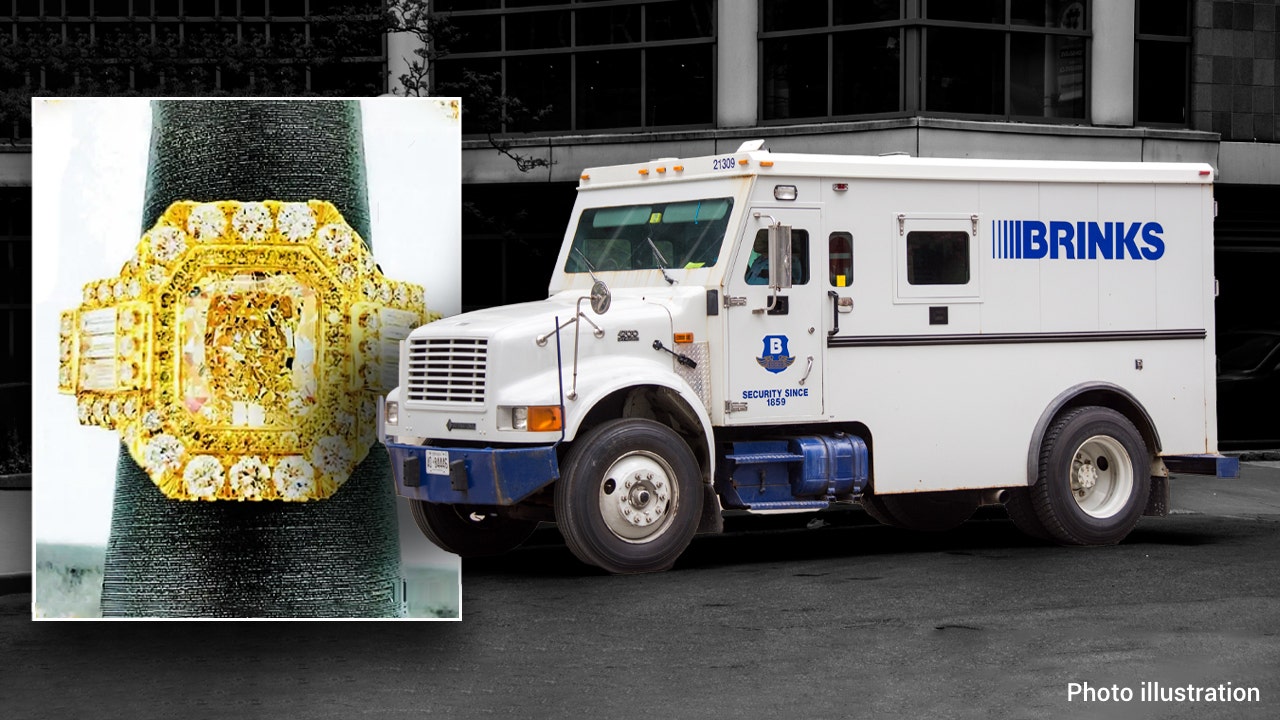 
Three months after what was arguably one of the country’s most high-value jewelry heists in recent memory, law enforcement agencies have filed no charges in the case, which also served to highlight a history of costly jewelry heist schemes.

A pair of Brink’s security guards hauling a tractor-trailer of jewels worth millions were robbed in California while one of the workers was sleeping inside the vehicle and the other had left to buy food, according to lawsuits related to the heist.

The Brink’s truck was stopped near a rest stop in Lebec, California, on July 11 and was transporting the valuable gems from San Francisco to the Pasadena Convention Center, when the thieves snapped a lock and broke in. Court papers describe how one of the security guards was snoozing inside the truck, while the other had stepped out for food. The truck was loaded with 73 bags – 22 of which were stolen, officials said.

A lawsuit obtained by The Associated Press describes how the criminals got away with the 22 bags of jewelry that the victims say was collectively worth over $100 million, which would make it the costliest jewel heist in recent history.

SUSPECT ARRESTED IN 1978 JFK LUFTHANSA HEIST, ALONG WITH 4 OTHER ALLEGED MOBSTERS

The 14 “mom and pop” businesses that had jewelry stolen accused Brink’s of negligence and breach of contract, and argued that the company’s security guards “practically invited” the heist to take place, according to the report.

“Everyone in our group has been emotionally and financially destroyed,” the plaintiffs said in a statement to the AP at the time of the late-August lawsuit. “We are lost and do not know what comes next in our lives. Whatever plans we all have for the future for our businesses and our families has evaporated in an instant.”

But Brink’s argued that the jewelers “substantially under-declared the value of their shipments on the Pickup Manifest,” for which they identified the jewelry as being collectively worth $8.7 million – a far cry from the nine-figure sum that the victims claimed, according to the security company’s own lawsuit filed in August in the Southern District of New York.

In their lawsuit, Brinks’ attorneys noted that the drivers were acting in accordance with Department of Transportation guidelines over the course of the night, including when they went to sleep or left to get food.

Laura Eimiller, spokeswoman for the FBI’s Los Angeles Field Office, told Fox News Digital no charges had been filed in the case. She said her office continues to work with Los Angeles police and law enforcement.

“Detectives and FBI agents have conducted numerous witness, victim and other interviews and are pursuing all leads,” he added.

Photos provided by the FBI Los Angeles show a portion of the stolen goods, including countless rings, necklaces and gemstones, among other precious jewels.

SEE SOME OF THE STOLEN JEWELRY HERE:

Over $100 million in jewelry is stolen every year, the FBI has estimated.

Jewelry thefts reached their heyday in the 1960s and specifically 1963 when, according to Smithsonian Magazine, a heist occurred at an average rate of once every 32 seconds. Thieves reportedly stole an estimated $41 million in insured jewelry during that year alone.

Policeman dusts for fingerprints on a case broken into at the American Museum of Natural History during a jewelry robbery.
(Getty Images)

One of the most famous heists of the decade involved the American Museum of Natural History in New York City. According to the Smithsonian, two men slipped into the building late on Oct. 29, 1964, while a third kept lookout.

As reported by the magazine, “After scaling a fence to the museum’s courtyard, they scrambled up a fire escape to secure a rope to a pillar just above the fourth-floor windows of the J.P. Morgan Hall of Gems and Minerals. Clinging to the rope, one of them swung to an open window and used his feet to lower the sash. They were in.”

FBI agents escort Jack Murphy in connection with the theft of the Star of India and other jewels from the Museum of Natural History in New York.
(Getty Images)

They then reportedly used tape and a glass-cutting device to break into fixtures and get away with 24 precious stones. They made off with world-famous jewels, including the Star of India, a 563.35-carat sapphire deemed the “world’s biggest” by the magazine.

In total, the stolen items were valued to be worth $3 million today, or $410,000 at the time, according to the report.

And such heists – some reminiscent of an “Ocean’s Eleven”-type scheme – have been reported regularly over the course of the decades since, though not always involving jewelry.

In March 1972, masked men stole an estimated $30 million from a United California Bank in Laguna Niguel. According to Cleveland.com, the group was targeting alleged “dirty campaign money” that President Richard Nixon had stashed there, after the crime crew had received word from Jimmy Hoffa about the whereabouts of the cash.

A decade later, two thieves set their sights on the Sentry Armored Courier Corp. in the Bronx, New York, officials said. They stole over $11 million, the FBI said, in what was described as an “inside job,” according to The Associated Press.

And three high-value heists were carried out separately in 1997, though two targeted the same company.

In March of that year, armored vehicle driver Philip Jackson handcuffed two colleagues and stole about $18.8 million from a Loomis, Fargo and Co. truck, News4Jax.com reported. According to the news site, he then stored the cash in a shed in North Carolina and fled to Mexico City, but was nabbed five months later.

Then in September, five men robbed a Dunbar Armored local on Mateo Street in Los Angeles, where they made off with nearly $19 million in less than 30 minutes, the L.A. Times reported. Investigators reportedly later tracked the thieves by linking them to a piece of a taillight left near the scene.

Loomis was targeted again months after the first heist, in October 1997, when an armored truck driver in Charlotte, North Carolina, used his company vehicle to get away with $17 million in stolen cash, WCNC-TV reported. He and several others were nabbed months later in connection with the scheme.

Stephanie Pagones is a Digital Reporter for FOX Business and Fox News. Story tips can be sent to stephanie.pagones@fox.com and on Twitter: @steph_pagones.