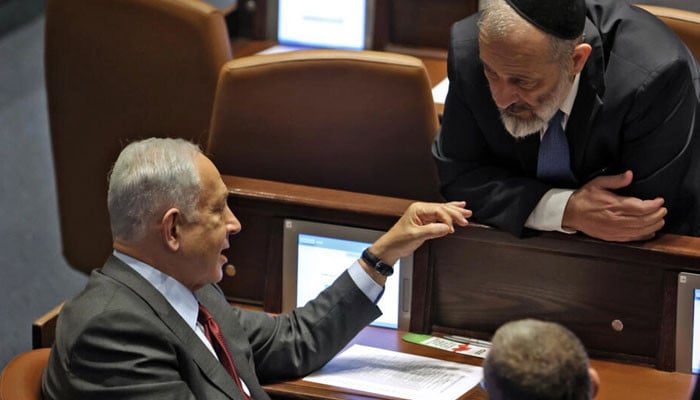 WASHINGTON: The United States plans a meeting early in 2023 between Israel and Arab nations that recognise it as it pushes the incoming right-wing government of Benjamin Netanyahu to show restraint, a US official said Tuesday.

Netanyahu is set to take office with the most right-wing government in Israel’s history including figures from the extreme fringes who staunchly back expanding settlements in Palestinian areas.

A senior US official said the United States plans a meeting “probably in the first quarter” of 2023 of foreign ministers from the so-called Negev summit in March.

The meeting, with Israel’s then centrist government, brought to the Israeli desert the foreign minister of Egypt, the first Arab state to make peace with Israel, and his counterparts from the United Arab Emirates, Bahrain and Morocco, which normalized relations in 2020 in the so-called Abraham accords.

The accords, also hailed by then US president Donald Trump as a signature achievement, are “near and dear to the heart of Prime Minister Netanyahu and so I imagine that he wants to continue to see that move forward,” the US official said on condition of anonymity.

“I think Israel has to factor that in,” the official said.

“Depending on some of the things that Israel does, that may make it harder or easier for these countries to actually engage and participate and move forward, nevermind bringing new countries into the process.”

The United Arab Emirates jumpstarted the Abraham accords in return for a promise by Netanyahu’s then government not to move ahead with annexation of the West Bank.

President Joe Biden’s administration has warned that it opposes annexation and the expansion of settlements and has backed the creation of a Palestinian state, while stopping short of any major diplomatic drive towards a goal seen as having little chance of success.