WATCH: Is this man the fastest reader in the world? 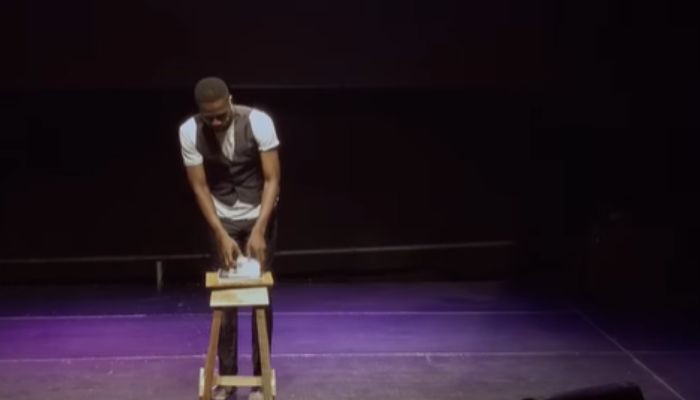 
A popular Nigerian comedian is claiming to be the fastest reader in the world.

Josh Alfred is seen in a video auditioning for a talent show where he goes on stage claiming to be able to read 1,679 pages in just two seconds.

According to Guinness World Records, the world’s fastest reader can read 80 pages in a minute.

The judges express confusion and scepticism in what is a parody video, imitating some bizarre people who perform such reading stunts in global talent shows.

When Alfred is asked to prove his hilarious claim, he is seen picking a book and muttering gibberish, again, claiming to read. He skims through the pages quickly, “finishes” a book, and moves on to the next.

The video that has left social media users in splits has gone viral and the comedian is now being called the fastest reader on the planet.

“I’ve seen talent before but this is a discovery,” a user commented.

“Fast and curious,” said another.

“In his defense, he said he is the fastest reader in the world. It has nothing to do with understanding what he read,” wrote a user, defending the comedian jokingly.