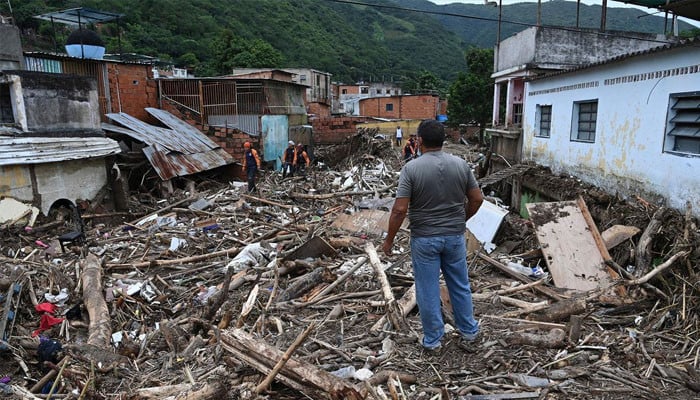 The downpour on Saturday night swept large tree trunks and debris from surrounding mountains into the community of Tejerias, 40 miles (67 kilometers) southwest of Caracas, damaging businesses and farmland, Rodriguez said in a televised address.

Pumps used to power the community’s drinking water system were carried away in the flood waters, she said.

Rodriguez said that the priority was to locate people still trapped under mud and rocks throughout the town, while military and rescue personnel also searched the riverbanks for survivors.

“We have lost boys, girls,” the vice president said from a flooded street in Tejerias. “What has happened in the town of Tejerias is a tragedy.”

One of the flooded rivers, the El Pato, swept away several houses, shops and a slaughterhouse, according to search and rescue authorities.

Carlos Perez, deputy minister for the country’s civil protection system, said in a Sunday tweet that a thousand rescuers were looking for victims in the area.

The downpour also caused landslides in three other central states on Sunday morning, Rodriguez said, but claimed no victims.

The deaths bring the total killed in recent weeks to at least 40 due to heavy rains caused by the La Nina weather pattern. Venezuela has faced flooding and landslides.