Your Next Multibagger Could Be From The Telecom Sector 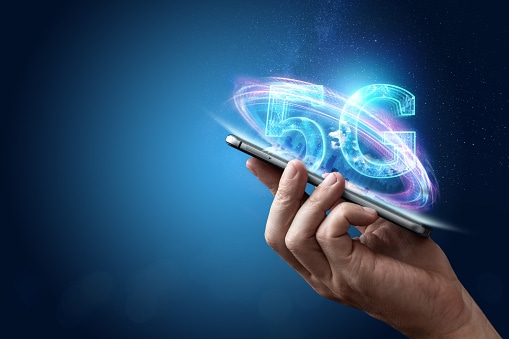 5G telecom stocks could be the next multibagger

Back in 2008, newspaper vendors enjoyed far more importance than they do today. After all, every morning they would have crowd around their little shops either to read or to buy the latest print.

But in January 2008, the newspaper vendors turned rockstars.

Reason? They were selling the prized application forms for Reliance Power IPO at a hefty premium.

Despite the ridiculous pricing of the forms, on my way to work, I often found long queues waiting to buy forms from the vendor.

The telecom operators competed on the premise of value-added services. But the only service that was offering them extra revenue was caller tunes!

Goes without saying that both, power and telecom bubbles burst in 2008 and 2013 respectively.

For a growing economy, sectors like power and telecom could have been the pillars of growth. Instead, they became the pariahs for investors and policy makers alike.

Hence, it’s difficult to imagine the fortunes of these sectors will turn around dramatically a decade later. So much so that power and telecom are now the most sought-after opportunities among policy makers and investors alike.

Power stocks assumed importance with digitisation and the electric vehicle revolution. In fact, as I have explained in my video below, a few power stocks have once again enjoyed irrational exuberance in the past year.

But telecom stocks are yet to find a place in the sun.

There were several critical changes to Indian telecom sector’s dynamics in recent times.

The relevance of this industry increased significantly after the pandemic. Telecom services became a necessity for a virtual connections. The smartphone market will continue to increase as more people are expected to purchase them in the coming years.

More importantly, the industry has, once again, become the focus of policy makers and investors alike.

The government reforms have eliminated ambiguity and risks to establish a stable investment environment.

Telecom penetration had slowed down with the failing health of key players. But with the launch of 5G, the government plans to make internet services accessible across the country. This includes rural areas by making 5G affordable in the next two to three years.

Currently, 59.4% of rural areas and 87.3% of the urban areas enjoy telecom connections. But the figures may soon become history, for the following reasons…

Last mile internet connectivity could offer massive boost to India’s startup ecosystem. It’s estimated that over the next five years, a rise in mobile-phone penetration and decline in data costs will add 500 m new internet users in India.

This would create opportunities for new businesses from food delivery and e-commerce to online insurance.

5G-centric technologies such as the Internet of Things (IoT), Artificial Intelligence (AI), robotics, and cloud computing would elicit a surge in subscribers and create new investment opportunities.

Not surprisingly, India’s telecom sector is now projected to receive investments of over US$ 25.2 bn over the next two years.

The days of heady IPOs and consumer frenzy may be behind the sector. But Indian telecom sector clearly awaits some interesting times ahead.

Do check out the health of your favourite 5G telecom stocks on the free Equitymaster Screener.

Here, apart from getting access to readymade watchlists following various themes you could also create your own watchlist to profit from 5G-telecom-like megatrends.

Disclaimer: This article is for information purposes only. It is not a stock recommendation and should not be treated as such.

This article is syndicated from Equitymaster.com.

(This story has not been edited by NDTV staff and is auto-generated from a syndicated feed.)