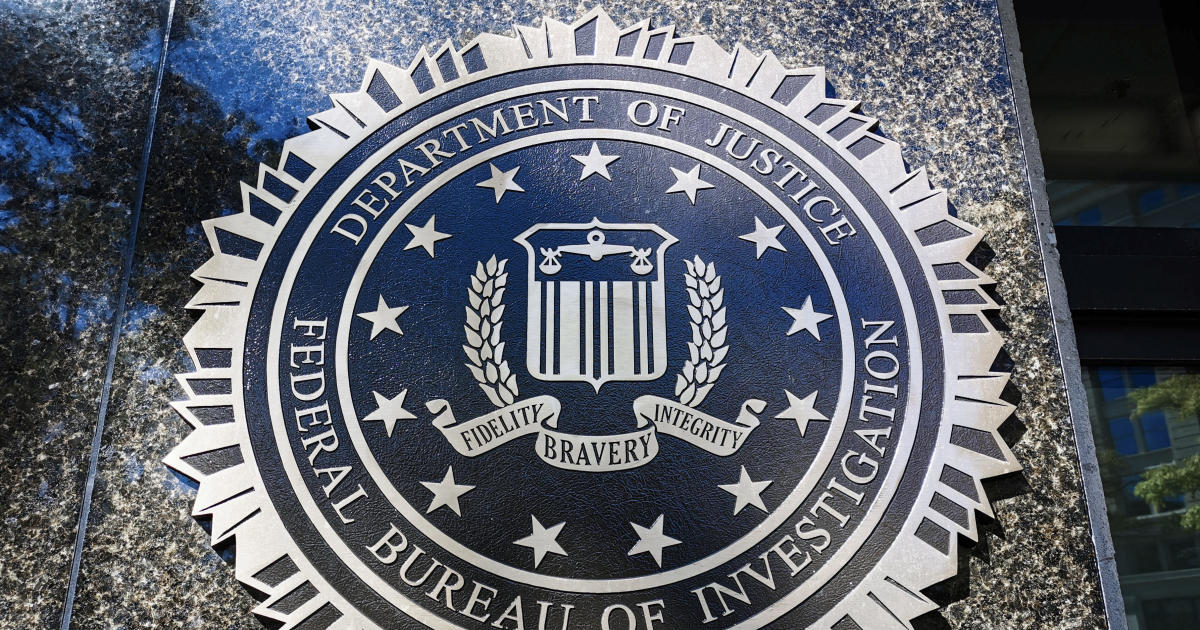 Washington — More than 3,000 teenagers and young boys have been blackmailed online in what federal law enforcement officials called a “staggering” sextortion scam that has been tied to more than a dozen suicides by minors who were lured into sending explicit images.

In a briefing with reporters Monday, officials at the FBI and the Justice Department said a large portion of the sextortion crimes are motivated by “financial gain,” not sex. In the past year, authorities have received more than 7,000 reports related to the scheme, originating primarily in Nigeria and the Ivory Coast.

The scam typically involves someone posing as a female using a fake account and enticing the victim into sending explicit material, which the scammer then threatens to release unless the victim sends money or gift card codes.

Collectively, payments have reached well into the millions of dollars, though each individual victim is typically extorted for thousands. “When you start to add together the thousands of kids that have made payments, it does demonstrate a decent amount,” one official said.

Federal law enforcement agencies have launched a “sextortion awareness campaign” in schools to warn children of the fraud ahead of winter break, when many minors spend more time online.

“We’ve seen predators in this scheme generally target male children between the ages of 14 and 17, however I would caution everyone that the FBI has interviewed children as young as 10,” a senior FBI official said Monday. “This is a level of harassment we haven’t seen recently in regards to our children.”

Prosecution of these types of large-scale sextortion can prove challenging since predators — often living abroad and requiring extradition — take multiple steps to obscure their identity.

“What we typically see is that individuals or bad actors will use fake profiles or accounts, using typically female photographs as their profile pictures. They may set up their profiles to be geographically similar in locations as the child victim. They may try to share similar interests,” said Lauren Coffren, executive director of the National Center for Missing and Exploited Children.

“At this point, [children are targeted] primarily on social media sites, on Instagram and Facebook,” a senior DOJ official said. “Once initial contact is made, then there is a movement of the minor over to a secondary, messaging platform” like Snapchat or Google Hangouts.

Extortion scams often happen “within hours or even minutes” of the initial point of contact, one official said, in contrast with other long-term online schemes.

The FBI has received roughly 4,500 tips related to this type of online sextortion. “The FBI is currently aware of an over 1,000% increase in incidents reported in the first six months of 2022, compared to the same timeframe in 2021,” the senior FBI official said.

“Both youth and caregivers need to understand that a sexual predator can victimize children or teens in their own homes through the devices they use for gaming, homework, and communicating with friends,” supervisory special agent Brian Herrick, assistant chief of the FBI’s Violent Crime Section, said in a statement.

Recently, a couple appeared on “Dr. Phil” after their 15-year-old son, Riley, died by suicide after sextortionists posing as a girl named “Megan” persuaded him to share an explicit image of himself online, and then tried to blackmail him for thousands of dollars.

The National Center for Missing and Exploited Children advises parents and children to seek assistance before deciding whether to pay the extortioners. “Block the suspect but DO NOT DELETE your profile or messages because that can be helpful in stopping the blackmailer,” the center advises.