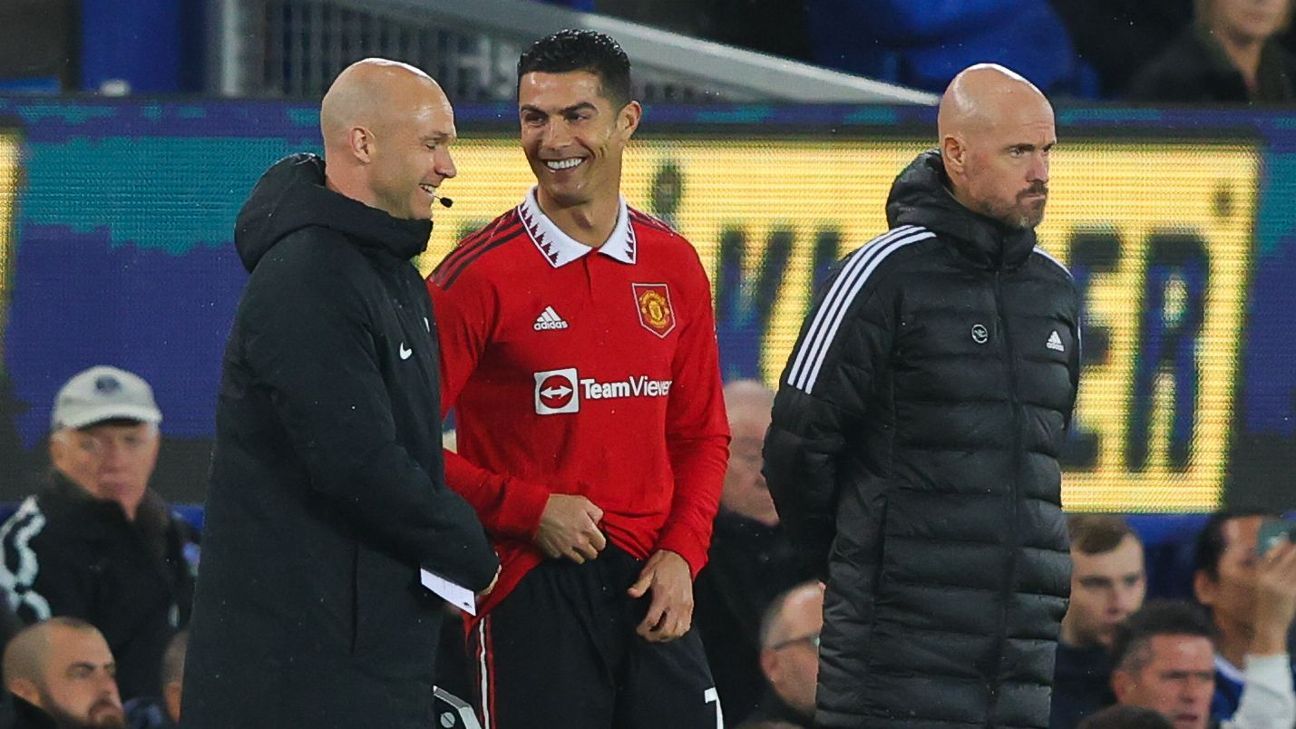 Erik ten Hag is hopeful Cristiano Ronaldo‘s goals will “flow” after he got the 700th in his club career in Manchester United‘s 2-1 win over Everton.

Ronaldo came off the bench at Goodison Park to score his second goal of the season and with it reach the impressive milestone.

The 37-year-old has seen his opportunities to play restricted so far this season, but Ten Hag believes the winner against Everton could prompt a purple patch in front of goal.

“Every player needs it [confidence] even when you are the best in the world you need it, you need the goals,” Ten Hag told a news conference. “Once they have some goals, they come easier and then the goals come in a flow.

“That is really impressive when you score 700 goals, a huge performance. I am really happy for him and congratulate him for that. I am also really happy it is his first goal of the season in the Premier League. I am sure more goals will come for him.”

Victory for United moved them up to fifth in the table, one point off the top four. It was a crucial win following the 6-3 defeat to Manchester City a week ago and an awkward night against Omonia Nicosia in the Europa League on Thursday.

“Criticism is normal when you have a defeat especially in a big game in a derby, so we have to deal with that and then you learn the lessons and we did, already on Thursday and today as well,” added Ten Hag.

“The first 35 minutes were good, in and out of possession. We had a setback, a goal against, but I think we responded much better and turned it around before half-time, so really good.”

The one downside for United was another injury to Anthony Martial. The Frenchman was handed his first start of the season after already missing games because of hamstring and Achilles problems, but was forced to limp off after just 28 minutes.

“I have to see,” Ten Hag said. “I cannot tell what it is, how serious. Let’s wait the first 24 hours how serious it is and then I can give an answer.”