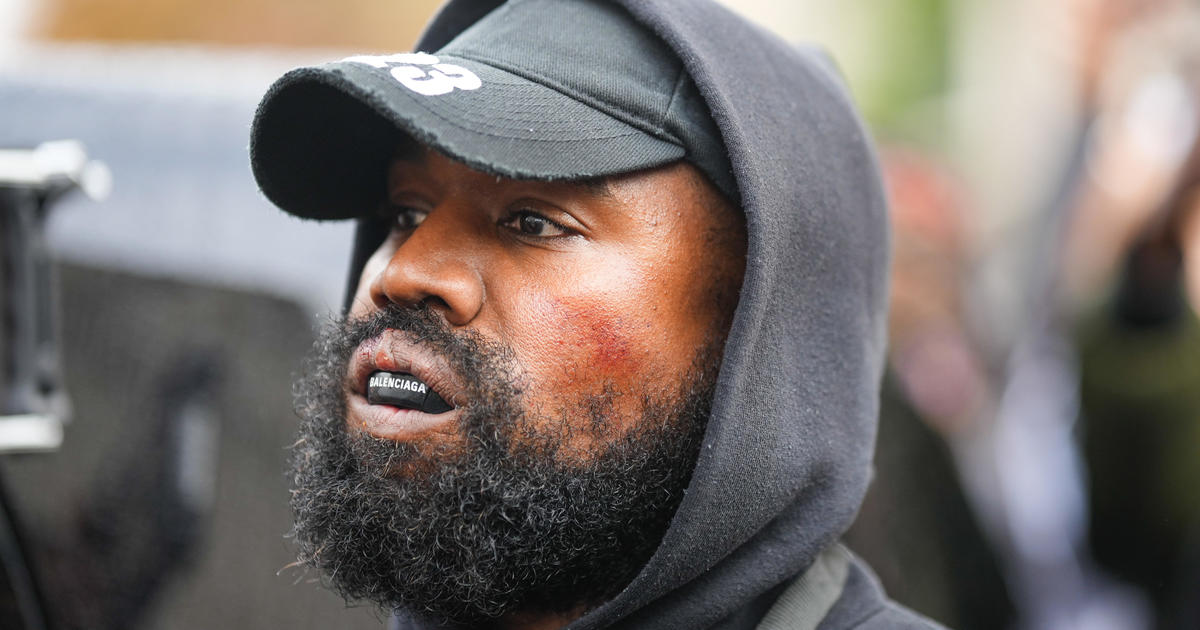 
Rapper Ye — also known by his given name, Kanye West — has been locked out of his Twitter account “due to a violation of Twitter’s policies,” the social media platform told CBS News in a statement.

Twitter did not specify which policies had been broken, but the action came not long after West on Saturday night posted an antisemitic tweet in which he threatened to go “death [sic] con 3” on Jewish people.

In the tweet — which has since been removed — West also wrote, “The funny thing is I actually can’t be Anti Semitic because black people are actually Jew also.”

The move comes shortly after West’s Instagram account was similarly restricted by the platform’s parent company, Meta, after West posted screenshots of an alleged conversation with rapper Sean “Diddy” Combs in which West suggested Combs was being controlled by Jews.

“Ima [sic] use you as an example to show the Jewish people that told you to call me that no one can threaten or influence me,” West wrote. Instagram has since deleted the post.

Prior to Saturday, West had not tweeted since November 2020. After a tweet criticizing Mark Zuckerberg over his suspension from Instagram, West was welcomed back to Twitter by billionaire Elon Musk, who has been embroiled in litigation around the purchase of the platform for several months.

West was previously suspended by Instagram for 24 hours in March for directing a racial slur at “The Daily Show” host, Trevor Noah.

West’s posts have garnered public outcry from the American Jewish Committee, which denounced the language as “anti-Jewish” and “dangerous.” The AJC also referenced an interview West did on Tucker Carlson’s show last Thursday, in which the rapper accused former Trump senior advisor and Donald Trump’s son-in-law Jared Kushner, who is Jewish, of brokering the Abraham Accords to “make money.”

Hannah Gais, senior research analyst at Southern Poverty Law Center, which tracks hate groups, said in a statement to CBS News that both West and Owens “have a proclivity for high-profile stunts designed to troll liberals,” and that their “use of rhetoric popular among some on the racist fringe goes to show that these slogans can become normalized and part of the broader right-wing vernacular through repetition.”

The phrase “White Lives Matter” emerged as “a racist response to the Black Lives Matter movement” in 2015, and has been adopted and promoted by white supremacist groups and sympathizers, according to the Anti-Defamation League.