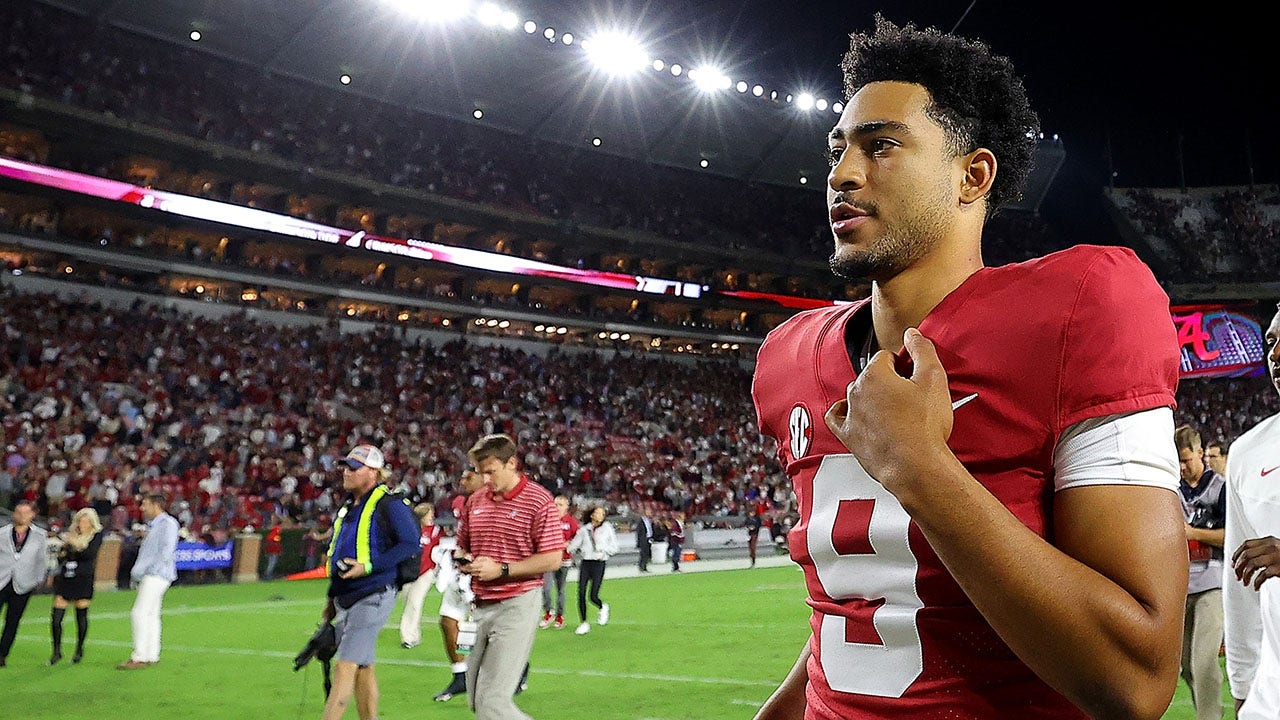 
Nick Saban and the Alabama Crimson Tide squeaked by Texas A&M in Week 6, beating the unranked Aggies 24-20, stopping Texas A&M on a fourth-and-goal from the two-yard line as time expired.

It was a sloppy game for Alabama, losing three fumbles and throwing an interception to keep Texas A&M in the game.

Head coach Nick Saban of the Alabama Crimson Tide looks on during pregame warmups prior to facing the Texas A&amp;M Aggies at Bryant-Denny Stadium on Oct. 8, 2022 in Tuscaloosa, Alabama.
(Kevin C. Cox/Getty Images)

No. 3 Alabama will not survive its Week 7 matchup with No. 6 Tennessee in Knoxville if it plays as it did against the Aggies, but Alabama is hoping to have Young under center for Saturday’s matchup.

“Hopefully we’re going to try to get him ready to play this week,” Saban said Monday, according to ESPN. “But this is something nobody can predict how quickly he’ll get an opportunity to do what he needs to do.”

Young injured his throwing shoulder during the second quarter of Alabama’s Week 5 win over Arkansas. After the injury, Young returned for a series before heading back to the locker room and was on the sideline for the second half.

Bryce Young, #9 of the Alabama Crimson Tide, reacts after their 24-20 win over the Texas A&amp;M Aggies at Bryant-Denny Stadium on Oct. 8, 2022 in Tuscaloosa, Alabama.
(Kevin C. Cox/Getty Images)

Young was a game-time decision on Saturday after being limited in practice during the week.

“I don’t think he allowed himself to let his training sort of guide him and trust and believe in it so he can have success in executing plays,” Saban said of Milroe’s performance against Texas A&M. “You can’t turn the ball over and not execute plays like they’re designed. … So those things are all things that we definitely need to improve on.”

Tennessee will be Alabama’s toughest challenge of the season with an offense ranked near the top in almost every statistical category.

Tennessee Volunteers quarterback Hendon Hooker, #5, throws a touchdown pass during a game between the LSU Tigers and the Tennessee Volunteers on Oct. 8, 2022, at Tiger Stadium in Baton Rouge, Louisiana.
(John Korduner/Icon Sportswire via Getty Images)

Joe Morgan is a Sports Reporter for Fox News.