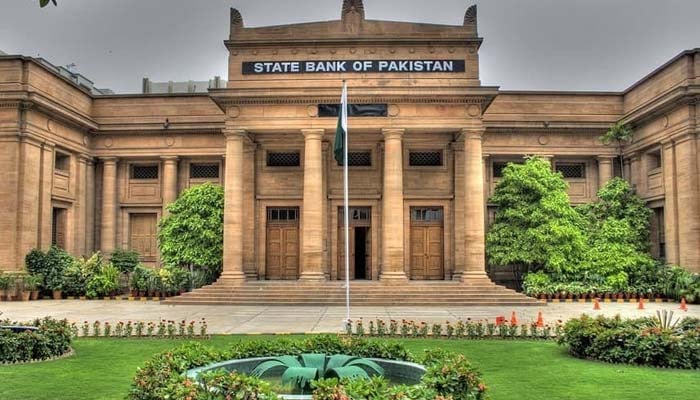 
KARACHI: The State Bank of Pakistan (SBP) will announce its new   monetary policy after a meeting of the Monetary Policy Committee (MPC) today (Monday).

According to a survey of analysts conducted by The News, the SBP’s MPC will keep the benchmark interest rate steady at 15%.

September’s inflation reading prompted this expectation of no change in the policy rate, with the consumer price index inflation (CPI) falling to 23.2 percent year-on-year from 27.3 percent in August. This decline was driven by a reduction in electricity charges.

The SBP has raised the policy rate by 525 basis points since the start of 2022 to combat skyrocketing inflation and to curtail import bill. Some analysts believe that interest rates have reached their peak or were near their peak.

The central bank’s policymakers would likely not see any risk to inflation outlook in the coming months, with the local fuel prices declining around 5 percent. Reduction in petrol and diesel costs helps control transportation charges and food inflation.

Most analysts saw CPI inflation softening to 22 percent and 20 percent in October and November, respectively. Average inflation was expected to be in the range of 19-21 percent this fiscal year. The SBP forecast inflation at 18-20 percent for fiscal year 2022/23.

“I expect status quo in monetary policy due to recent strengthening of the PKR, some easing in inflation as September’s inflation came below expectations and global slowdown and weaker commodity prices that will keep pricing pressures lower in coming months,” said Saad Hashemy, an independent economist.

The recently appointed Finance Minister Ishaq Dar has vowed he would rein in inflation and lower interest rates. This means the SBP does not need to be aggressive in the future.

Fahad Rauf, head of research at Ismail Iqbal Securities, who also expects the policy rate to remain unchanged this time, said inflation has come down, while the floods and tight policies have already slowed down the economy. “Moreover, the finance minister is also not in favour of more hikes,” Rauf added.

The devastating floods have undone any stability gains from the restarting of the IMF bailout package in August, leaving Pakistan’s economic situation in a very difficult state. Prior to the floods, the SBP estimated that the country would need $33.5 billion in external financing for FY2023. The difficult goal of practically reducing the current account deficit and debt rollovers from friendly countries was to have helped achieve that number.

Projections have been altered by the floods. To make up for the vital commodities lost in the flooding of millions of hectares of agriculture, exports are anticipated to decline and imports to increase.

The external funding gap of Pakistan remains very challenging, according to Hashemy. He said the State Bank’s guidance on this front would be closely watched by the markets.

The MPC, in its last monetary policy statement, said, looking ahead, it intends to remain data-dependent, paying close attention to month-on-month inflation, inflation expectations, developments on the fiscal and external fronts, as well as global commodity prices and interest rate decisions by major central banks.

The SBP now has $8 billion in foreign exchange reserves that barely cover imports for a month.

Some signs point to the next IMF tranche being quicker and front-loaded to aid Pakistan in dealing with the floods. According to the government, more financing from other multilateral lenders is anticipated. Qatar, Saudi Arabia, and the United Arab Emirates each promised to invest $5 billion. Pakistan is in talks with bilateral debt creditors, such as the Paris Club, to restructure payments.