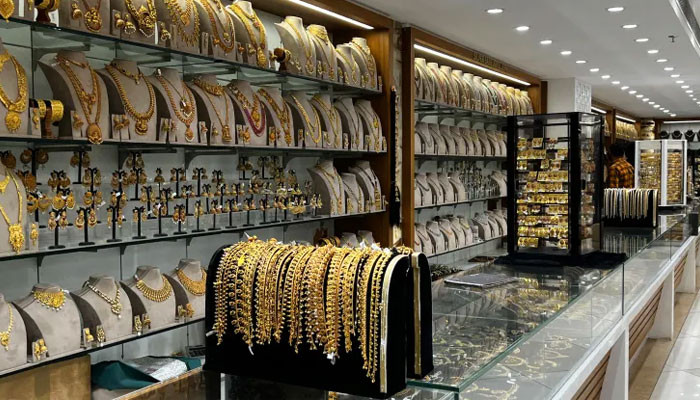 Gold and silver prices jumped to new highs in Pakistan on Tuesday as the rupee lost further ground against the US dollar, prompted by a liquidity crunch that has forced an increase in safe-haven buying.

The price continued to rise for the 11th consecutive session, with investor appetite for risk curbed by worries over political instability, dollar unavailability tensions and faltering economic growth.

Cumulatively, the precious commodity has gained Rs17,600 or 10.91% per tola since December 1, raising concerns about whether the soaring price is sustainable or constitutes an unsustainable bubble.

Earlier, the US dollar was the most preferred asset for investment in Pakistan. During high inflation days, investors parked their savings in foreign currency to safeguard their funds from the devaluing rupee.

The association reported that the price of gold has been “over cost” by Rs4,500 per tola in Pakistan, as compared to prices in Dubai. This means that, at present, the Pakistani gold market is more expensive than the world market.

The shift from ‘under cost’ to ‘over cost’ also raised questions about the sustainability of the bullion price in Pakistan.

Financial pundits anticipate that the price of gold may rise to Rs200,000 per tola due to the rupee devaluation against the US dollar under the current cycle.

Meanwhile, reports suggest that gold has gone out of stock in Pakistan). Earlier, it was learnt that demand for gold hit a record high at 13 tonnes (worth around $800 million) in July-September 2022, rising by 34% quarter-on-quarter, in the three months after the US dollar, and other leading foreign currencies went out of stock from the legal markets.

A day earlier, Arif Habib Commodities Managing Director and CEO Ahsan Mehanti identified three reasons which have triggered a record-breaking spree in the local gold market, these include:

The commodities expert explained that due to the unavailability of the greenback and speculation regarding the rupee-dollar parity investors have shifted their focus towards safe-haven assets.

Mehanti further added that the significant difference between exchange rates in interbank and open markets has also added fuel to the rising prices of the yellow metal as it is a common phenomenon that when rates in kerb markets are high gold prices also rise.

In the international market, gold prices jumped 1% to above the key $1,800 level as the dollar dropped after the Bank of Japan’s surprise policy tweak, while markets also weighed the outlook for the US Federal Reserve’s interest rate strategy. Prices settled at $1,808 after an increase of $12 per ounce.