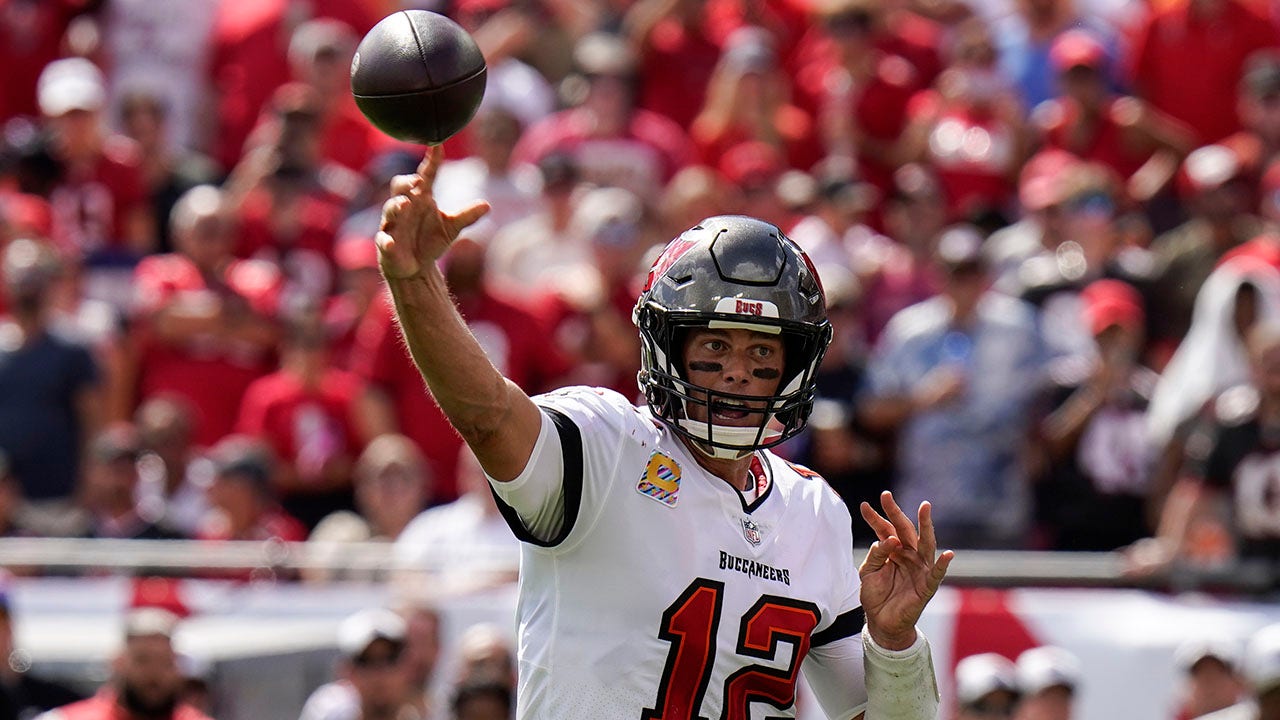 
Tom Brady and the Tampa Bay Buccaneers staved off an Atlanta Falcons comeback attempt on Sunday and won their Week 5 matchup 21-15.

The win may have meant something more for the seven-time Super Bowl champion.

The 45-year-old NFL legend has been managing rumors of marital woes with his supermodel wife Gisele Bündchen. The Buccaneers star and Bündchen had been spotted without their wedding rings.

People magazine reported Bündchen and Brady have both hired divorce lawyers and that Bündchen had been working with one for “weeks.” According to Page Six, both Brady and Bündchen have hired attorneys and are figuring out how to separate their assets.

But for at least three hours on Sunday, Brady put the drama in the rearview to take care of business against the Falcons.

He was 35-for-52 passing with 351 passing yards and a touchdown pass to Leonard Fournette. Tampa Bay picked up their third win of the season and helped regain first place in the NFC South.

It was the second straight game Brady had surpassed the 300-yard passing mark and the first time he did it in back-to-back regular season games since Weeks 16 and 17 of last season. According to The Associated Press, it was Brady’s 40th 300-yard game after turning 40.

Brady hasn’t spoken openly about his personal life as rumors started to swirl about him and Bündchen last month. On Sept. 19’s episode of the “Let’s Go!” podcast, Brady said he needed to do a better job of keeping his emotions in check. It was the day after he slammed a tablet down in frustration.

“I’ve gotta be really mindful of that going forward and getting my emotions in a good place so it allows me to be the best player I can be. I think there’s an importance where you can become too overly emotional, which I definitely think I was yesterday.”

When pressed about what was making him so emotional, Brady answered, “I just think there’s a very high standard that we’ve all set… And I think part of that’s a challenge as you become an older athlete. The frustration of not being perfect builds up where normally when you’re a younger player, you just feel like winning’s good enough. And I think as you get older and you have a degree of success, you think perfection is what it should be. And unfortunately that’s not the reality.”

As Hurricane Ian moved up the Florida coast late last month, the pair reportedly stayed in separate homes in Miami.

Regardless, Brady has been known to put the noise outside of the football world on the back burner and take care of business in the sport he’s dominated for years.

Tom Brady and his family, including wife Gisele Bündchen, celebrate on the field after his seventh Super Bowl win.
(Kevin C. Cox)

As Sunday turns to Monday, Brady’s off-the-field life is sure to be back in the public eye. Brady and the Buccaneers travel to Pittsburgh next weekend for a matchup with the Steelers.