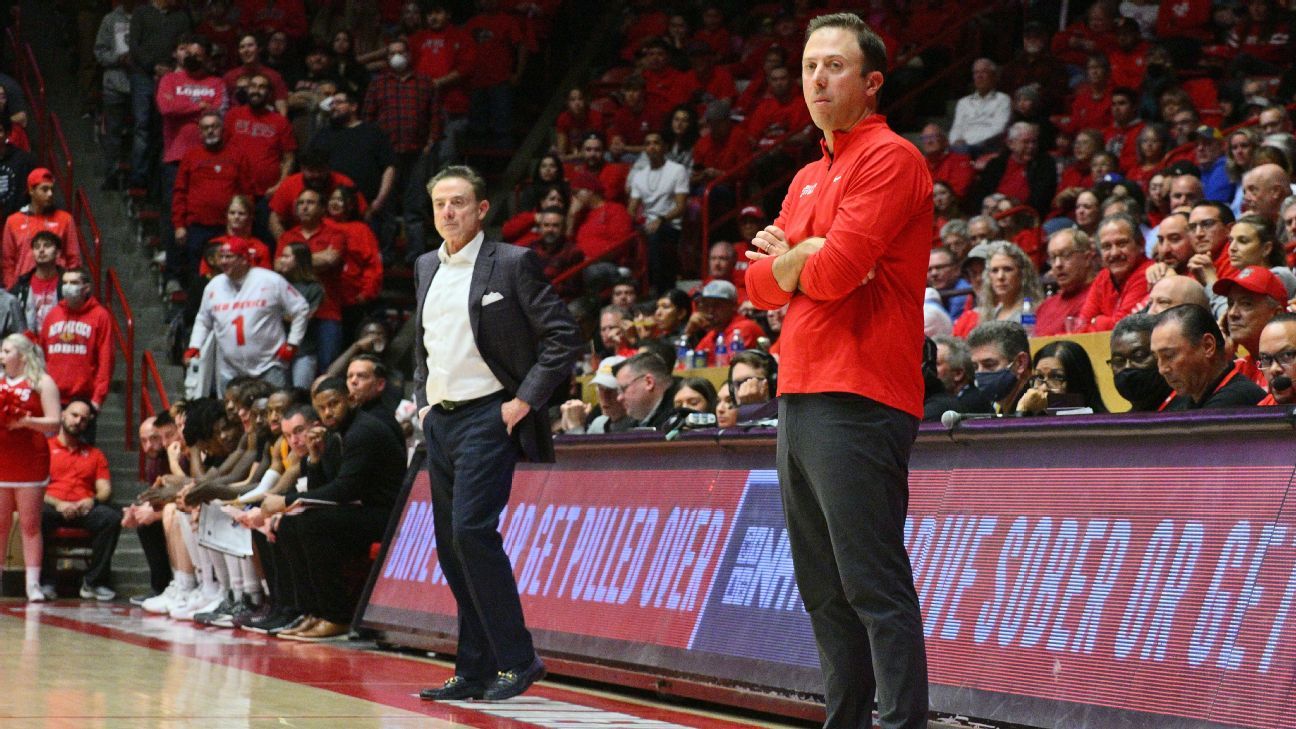 “I’m just really happy for him, 11-0,” Rick Pitino said. “This is a rebuilding job and he’s done it in one year. I’m just beaming with pride with what he’s accomplishing. I’m disappointed in my team but I’m so happy for him.”

The younger Pitino tried to downplay the relationship factor.

“I said all week, it’s not about me and it wasn’t about me, especially with the nonconference that we had,” he said. “It’s not about beating my dad. I’m grateful that my dad played here because we benefitted. That was a nationally televised game he did not need to play. Happy we won, but I don’t look at like I beat him. I look at it as New Mexico beat Iona.”

After Iona (7-3) scored the opening bucket, New Mexico led the remainder of the way, building a 17-point, first-half lead.

But Rick Pitino, who has national championships from his days at both Louisville and Kentucky, found a few tricks to get his squad back in the game, closing to within 76-73 with just over two minutes left.

“Our zone was giving them problems,” he said of a defense that he hasn’t broken out in three seasons. “And we started attacking the rim and we got some easy buckets.”

But it was not enough to coax the Gaels to a win, although Richard Pitino said he anticipated seeing some zone.

“I would say being his son, I knew he would play some zone because he hasn’t played any,” he said. “Working for him, he always has a zone in his back pocket.”

It was a contrast in styles on the court and on the bench as the younger Pitino sported comfortable attire and gym shoes, while his dad wore a sports coat, slacks and a dress shoes.

The Lobos also preferred a fast-paced attacking style compared to the more deliberate, get it inside look from Iona.

Sunday marked the third meeting between father and son Pitino. The other two coming when dad coached Louisville and his son was at Minnesota, with the Cardinals winning previous games. The teams will play again next year at Iona.

Asked who was buying the postgame meal, Richard Pitino said, “I don’t know if he wants to go to dinner tonight. I’m supposed to take him to dinner. You have to give him a little grace period because he’s not great right away after games. But we’ll get together.”

Although unsolicited , Rick Pitino had some advice for his son and the Lobos, saying, “Richard knows how to handle it but the one piece of advice for this team, don’t embrace it. Get better. Take what you did wrong and get better. Because as quickly as you get to climbing that mountain, you get knocked right off it.”