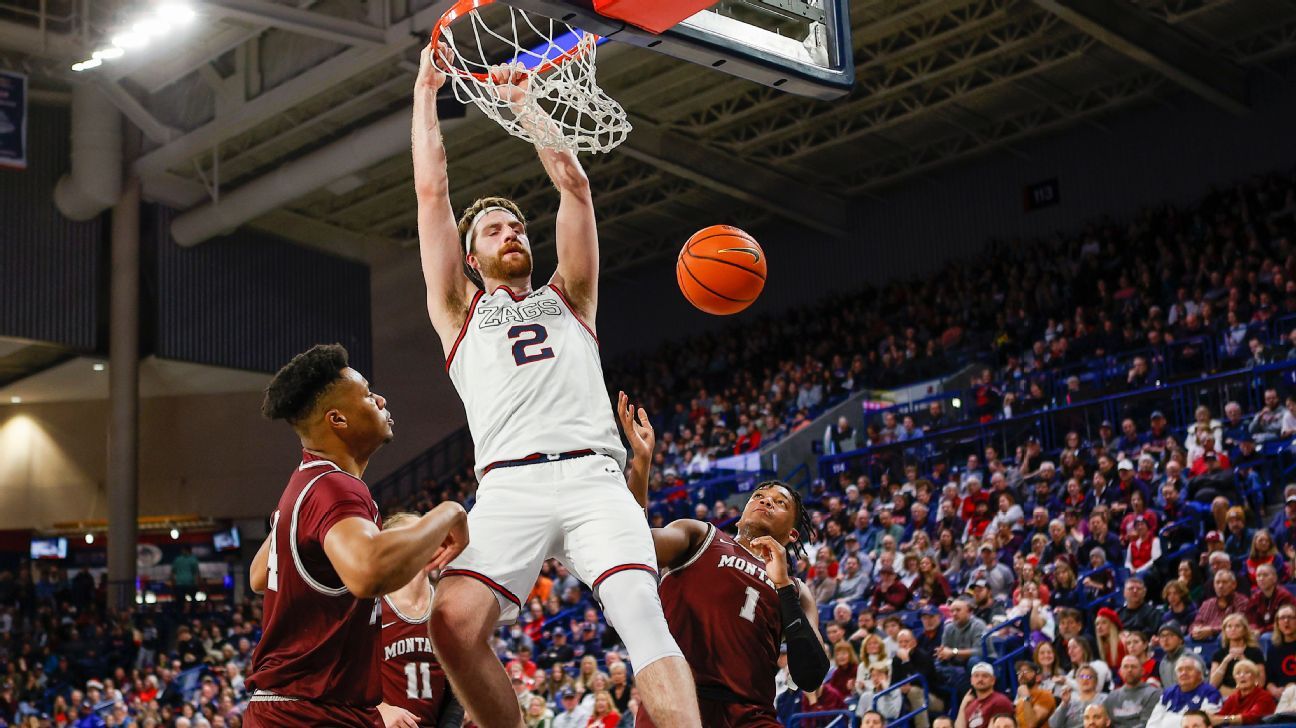 Gonzaga’s home winning streak is tied with UNLV (1974-78) for the ninth-longest in NCAA history. It’s the longest streak since the expansion of the NCAA tournament in 1985 and since Lamar’s 80-game run from 1978 to ’84.

“That’s crazy,” Timme said. “Obviously, that’s something that no one can really say they’ve ever done. It’s a testament to Coach [Mark Few] and how he’s ran the ship and he’s always consistent. We didn’t have ‘The Kennel’ today and this place was still rocking.”

Texas Tech has the second-longest active home winning streak in the nation at 27 games.

Timme started 4-for-9 from the free throw line but went 4-for-4 down the stretch to seal the game after a late Montana rally. The Grizzlies cut a 17-point second-half deficit to five with 3:06 to play on Josh Bannan’s jumper but couldn’t get any closer.

“[Timme] made some big free throws and just like all year, we’ve been running everything through him pretty much,” Few said. “A lot of our offense is generated through throwing it in to him.”

Ben Gregg and Malachi Smith combined for 20 of Gonzaga’s 22 bench points in the second half to ignite its offense.

“My confidence has never wavered,” Smith said. “I know what I’m capable of doing and I go out there every game just trying to win.”

The Zags held a 33-27 advantage in rebounding and turned 12 Montana turnovers into 17 points in the first matchup since a near upset in 2015.

Bannan scored 19 points and Brandon Whitney added 15. Dischon Thomas scored 15 points — all in the second half — to keep the Grizzlies within striking distance before fouling out.

Montana made four of its first five 3-pointers to jump on Gonzaga early but finished the last 6:20 of the first half without a field goal. Gonzaga closed on a 13-3 run to erase an early eight-point Grizzlies lead.

“We just had too many lulls where we didn’t get good shots,” Montana coach Travis DeCuire said. “First half kind of put us in a hole and then same thing in the second half … when our pace is good we get easy offense.”