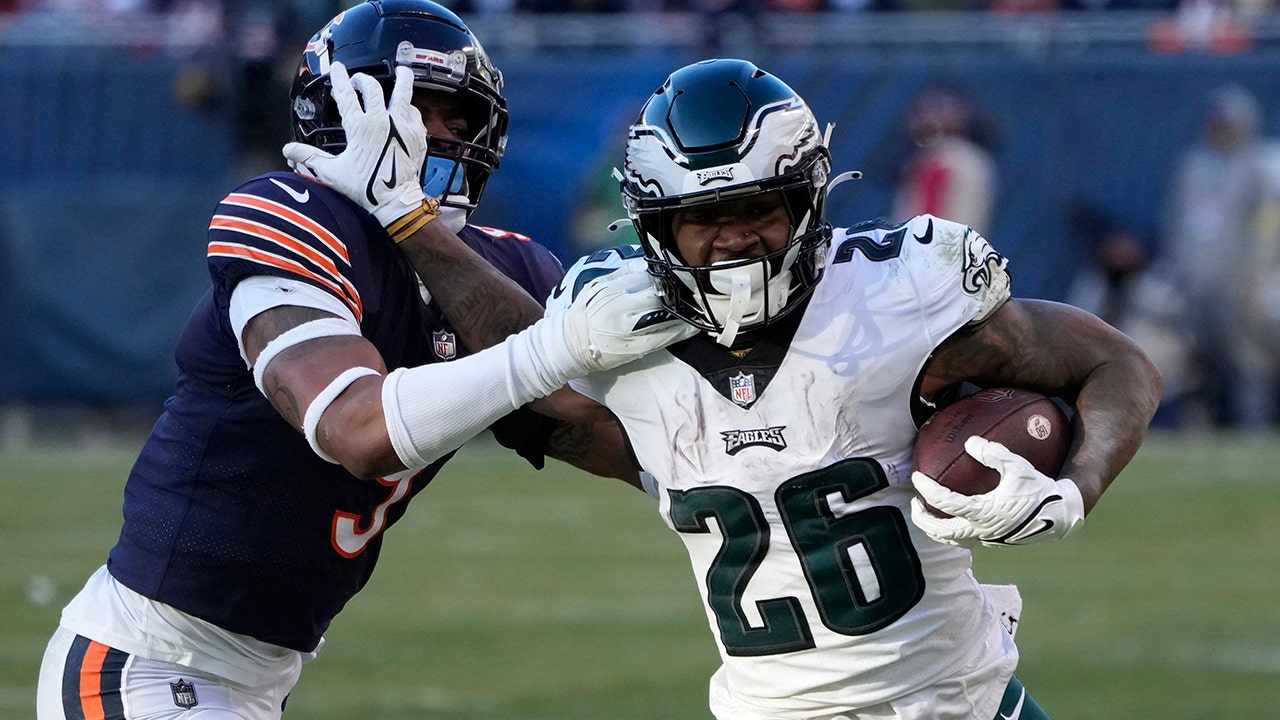 Six NFL teams clinched playoff spots through the first 15 weeks of the season, and the power rankings have been shaping up to be a real who’s who of the best teams in the league.

The Philadelphia Eagles haven’t really moved away from the top spot on the rankings, nor they should. Jalen Hurts has looked very much like the MVP of the league. But their real test, should they want to clinch the NFC East, comes Saturday against the Dallas Cowboys. Hurts’ status is uncertain, but the team is playing really well and may be able to win without him.

Cincinnati Bengals quarterback Joe Burrow and the San Francisco 49ers defense performed at a very high level in Week 15. The two teams had to contend with a strong Buffalo Bills team and a glorious comeback by the Minnesota Vikings in this week’s rankings.

There’s still lots to be decided toward the bottom of the top 10. Don’t sleep on the Detroit Lions who sit at No. 11 this week.

Here’s how the power rankings shake out.

Philadelphia Eagles’ Miles Sanders, right, tries to get past of Chicago Bears’ Jaquan Brisker during the second half of an NFL football game, Sunday, Dec. 18, 2022, in Chicago.
(AP Photo/Charles Rex Arbogast)

Nothing really seems to stop the Eagles. Philadelphia was put to the test by Justin Fields and the Chicago Bears and got through it. It appeared Hurts got hurt during the game and his status is uncertain for their Week 16 matchup. He might want to play, but the team needs him for the postseason.

Patrick Mahomes, #15 of the Kansas City Chiefs, warms up before kickoff against the Houston Texans at NRG Stadium on Dec. 18, 2022 in Houston.
(Cooper Neill/Getty Images)

The Chiefs needed to muster up a little bit more effort against the Texans but got the job done and took home the AFC West title for the seventh straight season.

Cincinnati Bengals quarterback Joe Burrow, #9, throws a pass against the Tampa Bay Buccaneers during the first half of an NFL football game, Sunday, Dec. 18, 2022, in Tampa, Florida.
(AP Photo/Chris O’Meara)

The Bengals slide up three positions to No. 3 in this week’s rankings. Joe Burrow led a comeback against the Tampa Bay Buccaneers and picked up the win. They have a solid lead in the AFC North right now and could be on the verge of winning the division again.

The Bills held off the Dolphins in the snow and are tracking toward an AFC East title. The Bills hit another Saturday game, this time on the road in Chicago. The weather isn’t getting any better.

In one of the biggest comebacks in NFL history, the Vikings defeated the Colts. Minnesota looked shaky but behind Kirk Cousins 460 passing yards and four touchdown passes in the second half and overtime. It’s a good sign for the future, but they’ll need to buckle down.

Is this the start of a 49ers Super Bowl run? It sure feels that way. San Francisco won the division on their third quarterback and the best defense in the league.

The Cowboys have not look great the last two weeks and the chickens came home to roost on the road against Jacksonville. The Cowboys have a playoff spot locked up, but they’re not looking like a Super Bowl contender right now.

Los Angeles needed a dime from Justin Herbert to get into field-goal range against the Titans. He delivered. It was a big win for the Chargers, and they are finally in the top 10.

The Dolphins have lost three in a row and now return home to return against a hot Green Bay Packers team. There’s a lot on the line for both teams in their Week 16 matchup.

Baltimore only got three points against the Browns. As they await Lamar Jacksons’ return, something will have to give for this team to sneak into the playoffs.