Milan level with Napoli after cruising past Juve | The Express Tribune 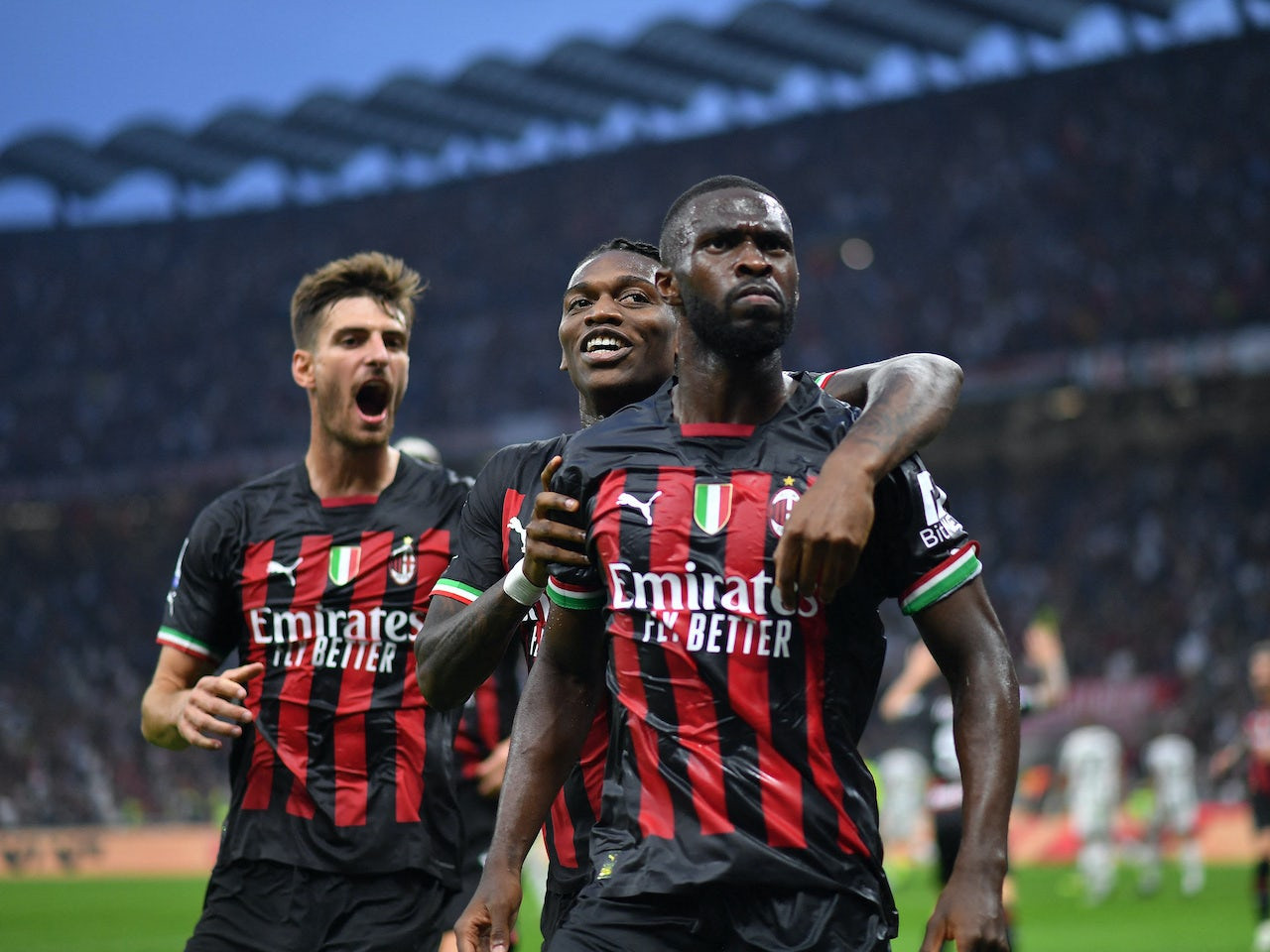 
AC Milan bounced back from their midweek humbling at Chelsea by comfortably seeing off Juventus 2-0 on Saturday and moving level on points with Serie A leaders Napoli.

Italian champions Milan showed no signs of a European hangover as they beat fierce rivals Juve in front of a packed San Siro thanks to goals either side of half-time from Fikayo Tomori and Brahim Diaz.

“We were timid in London… today we were more of a team and we worked really hard together. That’s what we need to do in all our matches,” said Pioli.

Stefano Pioli’s team are one of three on 20 points with Napoli and also Atalanta, who travel to Udinese on Sunday afternoon with the chance to claim the outright lead.

Milan sit third after a dominant display which should give them some cause for optimism ahead of Tuesday night, when they try to gain revenge on Chelsea in Champions League Group E.

For Juve it was yet another poor performance and result, a second league defeat of the campaign which leaves them in eighth, seven points off the pace.

“I think there’s little to say after a match like that,” said Juve coach Massimilano Allegri.

“We played all right in the first half and then we capitulated. There were too many basic errors.”

His challenge on Cuadrado led to a corner which the France full-back took, and Tomori lashed in his first goal of the season after Olivier Giroud’s effort thwacked him in the chest.

It was as much as Milan deserved. Rafael Leao had already struck the post twice for the hosts, and although Juve did look menacing on the break they lacked the delicate touch of suspended Angel Di Maria.

Dusan Vlahovic was particularly out of sorts and it was his poor pass which led to Diaz doubling the hosts’ lead eight minutes after the break.

Diaz pounced on Vlahovic’s lazy ball and charged up the field on a lightning run, skipping past Adrien Rabiot and Leonardo Bonucci before forcing a powerful finish past Wojciech Szczesny.

Diaz was scooped up onto Leao’s shoulders while the more than 70,000 fans packed into football’s La Scala celebrated with the fervour of a crowd who knew they had as good as claimed the points.

Juve tried to fight back as Pioli switched things up ahead of the Chelsea rematch but the best they could muster was a Moise Kean shot which was deflected for a corner.

Milan would have finished even more emphatic winners had Szczesny not done well to stop a marauding Pierre Kalulu from crowning a commanding display with his first goal of the season.

Milan are also five points ahead of local rivals Inter Milan, who won 2-1 at Sassuolo thanks to Edin Dzeko’s brace which continued his team’s rebound in form after beating Barcelona in midweek.

The 36-year-old struck on the stroke of half-time to give Inter the lead at the Mapei Stadium and secured the points with 15 minutes remaining after Davide Frattesi levelled on the hour.

Dzeko is now on 101 goals in Serie A, where he has played since moving to Roma from Manchester City in 2016.

“Scoring is a great feeling, when the ball crosses the line you’re the happiest man in the world,” Dzeko told DAZN.

“You can lose matches like the one today and that has happened to us recently. We didn’t play great but we wanted to confirm what we did against Barcelona.”

Inter face Barca at the Camp Nou on Wednesday night, a match which will be crucial to their chances of qualifying, after beating the Catalan giants 1-0 earlier this week.

Dejan Stankovic takes charge of his first Sampdoria match later on Saturday when his winless team take on fellow strugglers Bologna trying to get off the bottom of the table.