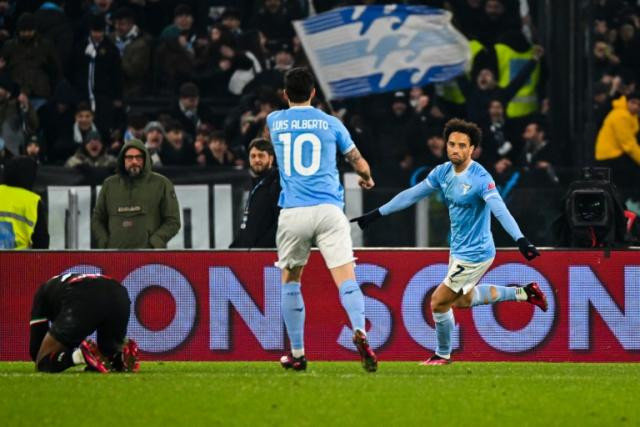 Lazio breezed up to third on goal difference ahead of Inter Milan and local rivals Roma and a point behind second-placed AC Milan, who gave a disastrous display at the Stadio Olimpico in Rome.

Sergej Milinkovic-Savic put Lazio ahead after three minutes with a first-time finish, and by the time Mattia Zaccagni bundled in the hosts’ 38th-minute second they could have already been up by three.

Luis Alberto ended the match as a contest by smashing home a penalty midway through the second half his beautifully disguised pass set up Felipe Anderson to roll in a deserved fourth in the 75th minute.

“If we play like the we have in the last few matches, we can really go far,” said Milinkovic-Savic, who thinks a title bid under Maurizio Sarri is a possibility in the future.

“Why not? If we play like this against the champions, why can’t we go for the league?”

Milan meanwhile are 12 points behind runaway league leaders Napoli at the season’s halfway point and have lost their aura as the country’s top team.

Three league matches without a win have allowed Napoli to skip away practically unopposed to a huge lead, while Milan have four teams breathing down their neck for second place.

Lazio are one of three sides trailing them by a single point while in-form Atalanta are a further two points back in sixth, as the race for the top four hots up.

Milan can also be happy that Juventus were docked 15 points for illicit transfer activity on Friday otherwise they would be trailing the Turin giants on goal difference.

“Right now a lot of things aren’t working, mentally and tactically because we’re in situations, above all for the first two goals, that we should have dealt with differently,” Pioli told DAZN.

“Things aren’t going well, that’s for sure… we need to start playing like we know how, that’s our first objective and we need to do it as soon as possible.”