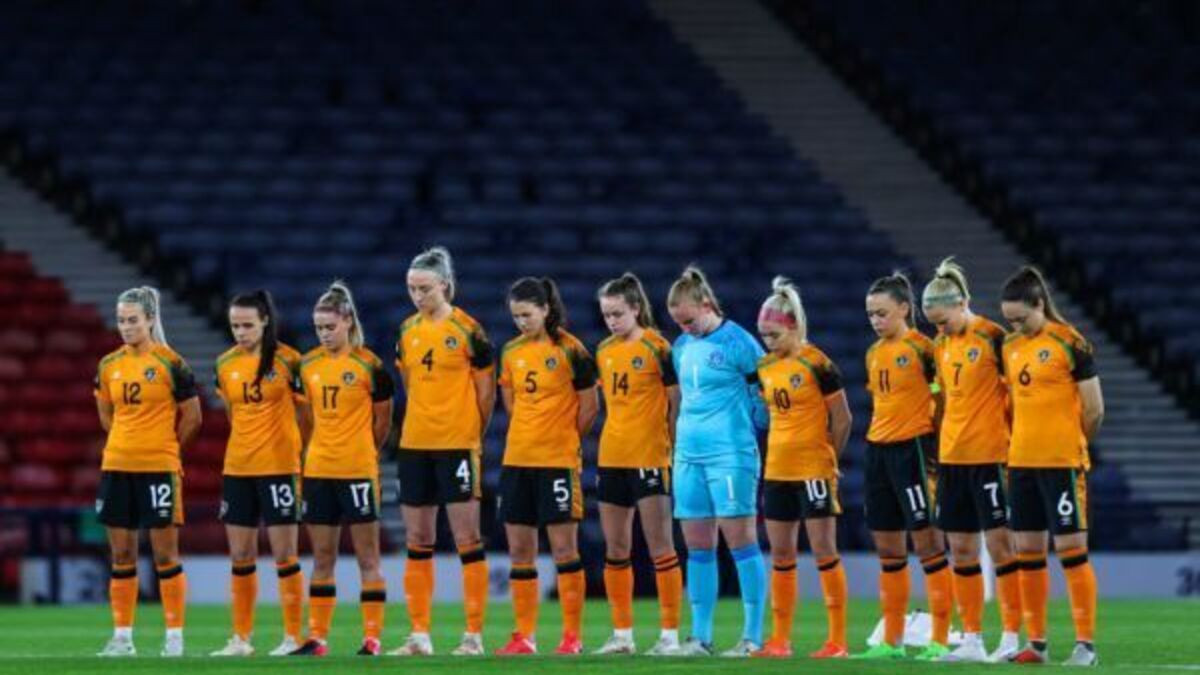 
The Football Association of Ireland (FAI) apologised on Wednesday after footage emerged showing players chanting a sectarian song in the aftermath of a World Cup qualifying match.

The FAI and Republic of Ireland manager Vera Pauw said they “apologise from the bottom of our hearts” after a video appeared on social media showing players singing the song in support of the paramilitary Irish Republican Army (IRA).

The clip appeared to show members of the women’s team celebrating in the aftermath of a 1-0 victory over Scotland at Glasgow’s Hampden Park on Tuesday night singing “Ooh ah, up the ‘RA”.

The play-off victory qualified the Republic for their first ever Women’s World Cup.

“We will review this with the players and remind them of their responsibilities in this regard,” Pauw said.

“I have spoken with players this morning and we are sorry collectively for any hurt caused, there can be no excuse for that.”

Veteran Ireland striker Aine O’Gorman told national broadcaster RTE the chant was one of “100 songs last night and that was the one that went out”.

“We would just like to apologise to anyone who was offended,” she added.

The IRA was behind a decades-long campaign of violence in opposition to British rule which ended in a 1998 peace deal.

Pro-UK Ulster Unionist Party leader Doug Beattie tweeted that the clip was “a kick in the teeth for some of those who congratulated them & those supporters who lost loved ones at the hands of the IRA”.

Sinn Fein deputy leader Michelle O’Neill, whose pro-Ireland nationalist party was formerly the political wing of IRA, said she had not seen the video but understood the FAI had apologised.