Djokovic into Astana final after Medvedev retirement | The Express Tribune 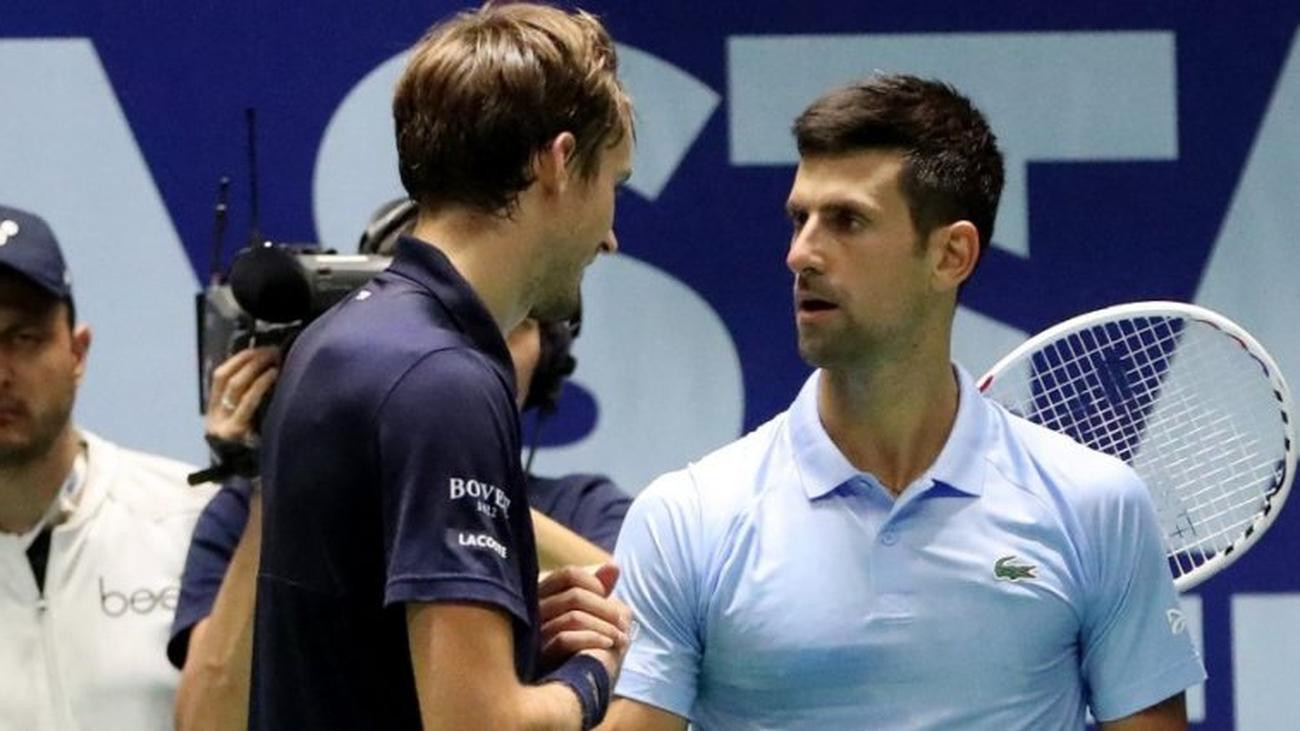 
Novak Djokovic reached the final of the ATP tournament in Astana on Saturday as opponent Daniil Medvedev surprisingly retired at the end of the second set.

With the score at 4-6, 7-6 (8/6), Medvedev called it quits before the deciding set, with even Djokovic initially appearing surprised.

“It’s the second time in my life I retired like this with a pulled muscle,” Medvedev said. “So here, on the second point of the tie-break, I felt a little bit (of a) strange pop in my adductor.

“I first thought maybe it is cramp and after the point I was like, ‘No, probably not a cramp’.

“And during the tie-break, I felt I can play like five, 10 more points but that’s it. If I play one more set, you can do it, but you can probably miss half a year instead of one month.”

Djokovic will face Stefanos Tstisipas in Sunday’s final as he bids for a 90th ATP title.

The 21-time Grand Slam champion has won seven of his nine meetings with the Greek, including in last year’s French Open final.

Medvedev became the first player to take a set off Djokovic in a singles event since Nick Kyrgios in the Wimbledon final.

Djokovic levelled a dramatic match, in which both players were near their very best, in a tense tie-break.

But Medvedev signalled that he could not continue, sending Djokovic into his 128th ATP final.

“It was such a close match, particularly in the second set,” added Djokovic of the battle between two former world number ones.

“I would probably say he was a better player on the court in both sets.

“I was fighting and trying to find a way. I found a way to win the second, but I’m just sad for the tournament and for these people who were enjoying the battle, and for Daniil, that it had to end this way.”

“It was not easy, being a set down,” said Tsitsipas. “To have to deal with a very good opponent on the other side of the net made it an extremely physical battle.

“I am pleased with myself for being so determined to make it work so well.”

A break in the opening game of the match proved enough to give fifth seed Rublev the first set.

But Tsitsipas, who saved five of six break points in the match, improved as the tie went on and he made his move in the 10th game of the second set to force a decider.

The 24-year-old was rock solid again in the third, wrapping up victory after two hours and 10 minutes to take his head-to-head record against Rublev to 6-4.

“My mentality kind of changed,” Tsitsipas added. “I played with more of an aggressive game style and didn’t have anything by luck.”