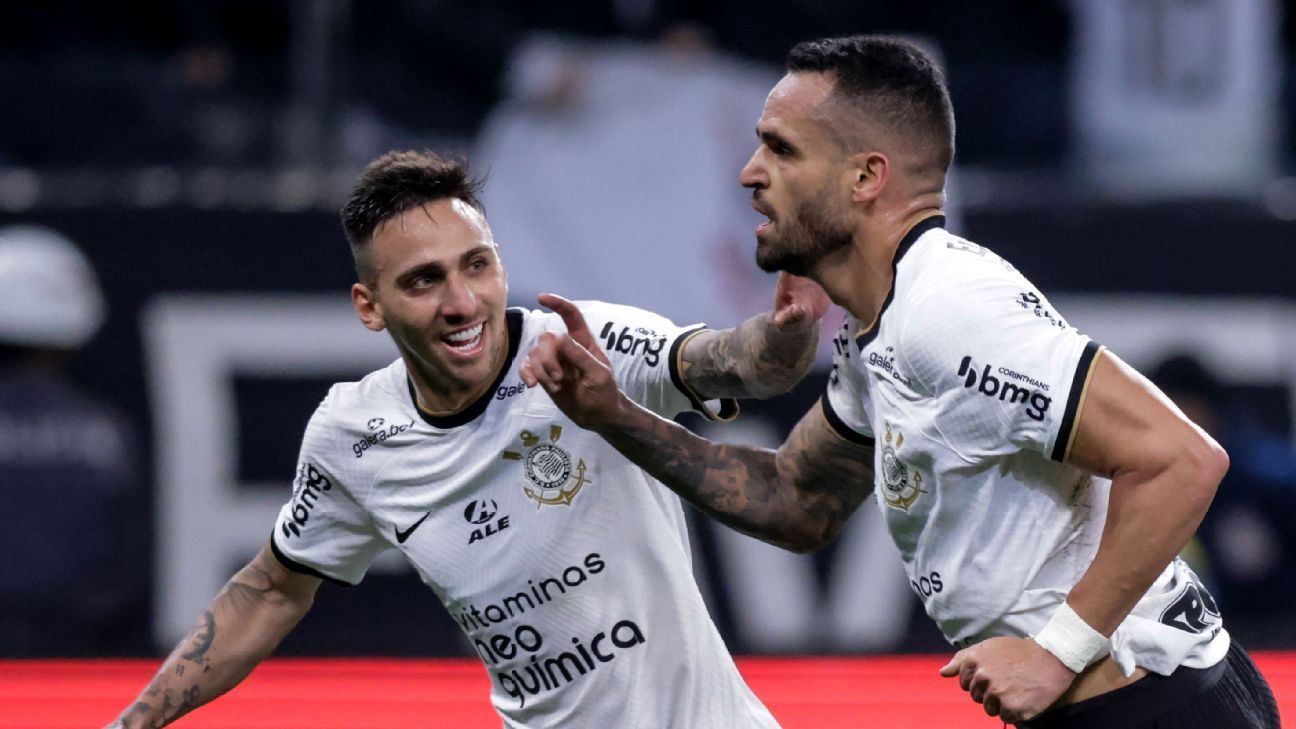 
As the Brazilian league draws to a close, recent rounds appear to have been overshadowed by the build-up to the final of the domestic cup taking place over the next two Wednesdays between the two most popular clubs of a giant country.

Brazilian football loves big cup games. The league is all very well — it keeps all the teams in activity throughout the season — but there is always the chance of one team running away with the title as seems to be the case this year with Palmeiras. The Brazil Cup, or Copa do Brasil, meanwhile, is an all-or-nothing, winner-take-all contest over the course of two home and away legs.

In January 1991, they faced each other in the Super-Copa, a curtain-raiser to the season featuring the champions of the league and the cup. But that, in comparison to these two games, was a glorified friendly. This is the real deal.

Flamengo, of course, have another final later this month — the one-off decider of South America’s Copa Libertadores, when, on Oct. 29 in Guayaquil, Ecuador, they take on another Brazilian opponent in Luiz Felipe Scolari’s Athletico Paranaense. The stakes are bigger in that game, too — it opens the door to the Club World Cup, and the chance to have a crack at the European champions.

But the Libertadores final has an air of David and Goliath about it. Athletico, from the smaller, provincial city of Curitiba, are a hugely impressive, forward thinking club. But they cannot hope to have the same weight, the same depth of tradition and representation as Flamengo — or of Corinthians.

Flamengo against Corinthians, then, is the clash of the titans, of clubs with fan bases greater than the entire populations of most other South American countries. And, as the big games approach, they are looking even more fascinating.

There is little doubt that Flamengo are the favourites. There have been occasional hiccups along the way, but for some three and a half years now they have been sweeping away most of their opponents. This coming Libertadores final will be their third in four years. They were champions of Brazil in 2019 and ’20. But the gap between Flamengo and Corinthians would seem to be shrinking — and much of that has to do with a player who came through the ranks with one club and now stars for the other.

Renato Augusto is one of the great triumphs and major tragedies of the Brazilian game in recent times. In a footballing culture that has vexingly failed to come up with a Kevin De Bruyne, he is the best that Brazil has produced. An attacking midfielder with strength on the ball, rare technique and intelligence, vision for the defence-splitting pass, Renato appears to have everything — except a body able to cope with the demands of elite level football.

The 34-year-old has been dogged by injuries. Without them he would have spent much longer in Europe than the four seasons he played for Bayer Leverkusen. Without them, he would not have played in China for five years — and Brazil may well have been able to go further in the 2018 World Cup had he been fully fit.

A product of Flamengo — he grew up in the shadow of the Maracana stadium — he is now in his second spell with Corinthians. He needs to be nursed through the rigours of the season. But Renato is now in form, which in turn is helping bring out the best in striker Yuri Alberto.

Back in early August, Flamengo and Corinthians met in the quarter finals of the Libertadores. Flamengo won home and away, 2-0 in Sao Paulo and 1-0 in Rio — and they were clearly superior, especially after they had taken the lead. But both times, Corinthians pushed hard for a while, probably shading both first halves. Renato hardly featured, coming off the bench in the second game.

This time, he is key to the hopes of Corinthians, especially in front of their own fans in Wednesday night’s first leg. There are gaps in the Flamengo defence. Compared with the 2019 team, where Spanish centre-back Pablo Mari proved an efficient organiser of the high line, they are not as solid.

Can Renato find the space to probe for gaps? Or will the fearsome Flamengo forward line fire once again? Striker Pedro is surely World Cup bound, and Gabriel Barbosa has adapted his game accordingly, less the penalty area “Gabi-goal,” more the mobile second striker dropping deep. And Everton Ribeiro and the Uruguayan Giorgian De Arrascaeta prompt cleverly from midfield.

Corinthians, meanwhile, are banking on the Renato Augusto-Yuri Alberto combination, and also on the recovery of veteran goalkeeper Cassio, who has picked up a foot injury.

Now 35, and at the club for over a decade, the giant Cassio was Brazil’s third choice keeper in the last World Cup. He is a Corinthians hero above all else for his match winning display against Chelsea in the final of the 2012 Club World Cup. He may have to come up with something similar if his team are to win this title. Cassio’s time is the big occasion — and they don’t come much bigger than Corinthians against Flamengo with a title at stake.