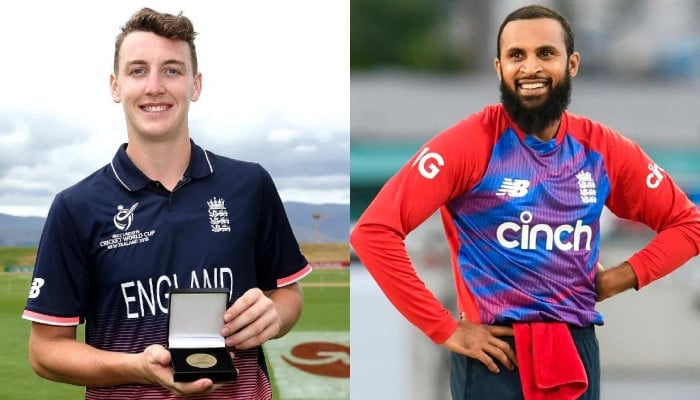 England leg-spinner Adil Rashid and aggressive batsman Harry Brook will not be a part of the eighth edition of the Pakistan Super League (PSL) — set to start February 13.

Rashid, who was roped in by Multan Sultans during the draft in December, will miss the tournament due to his engagements with the English team.

Since the spinner will miss the country’s biggest cricket festival, the 2021 champions will pick his replacement in the Replacement Draft on Wednesday (today).

Meanwhile, the defending champions Lahore Qalandars star batter Brook will also not be available for the team this year.

The middle-order batter scored 264 runs for the champions of PSL 2022, including a century and some match-winning cameos for the Qalandars.

Brook’s best performance for the Qalandars came against Islamabad United at the Gaddafi Stadium on 19 February, where he scored a blistering 49-ball 102.

Moreover, Jordan Cox and Rashid Khan will not be available for the Lahore Qalandars in the first three matches.

Lahore Qalandars will get partial replacement players for these two players in the replacement draft, which is scheduled for tomorrow.

On the other hand, Peshawar Zalmi will take a turn as the partial replacement of Mujeeb-ur-Rahman and Rovman Powell.

The PSL 8 will kick off on February 13 when defending champions Lahore Qalandars take on 2021 champions Multan Sultans in the opening clash at the Multan Cricket Stadium after a vibrant opening ceremony.

Meanwhile, the replacement draft for PSL 8, which was supposed to take place on January 24, has now been rescheduled to January 25 after a nationwide power outage on Monday.

The Pakistan Cricket Board (PCB) said franchises asked the board for additional time to finalise their choices.

PCB has also approved the request of franchises to increase the pool of players. Now, franchises will pick two players in the supplementary category to complete a squad of 20.