Feel like ‘crying’ in a corner: Saqlain Mushtaq after England whitewash 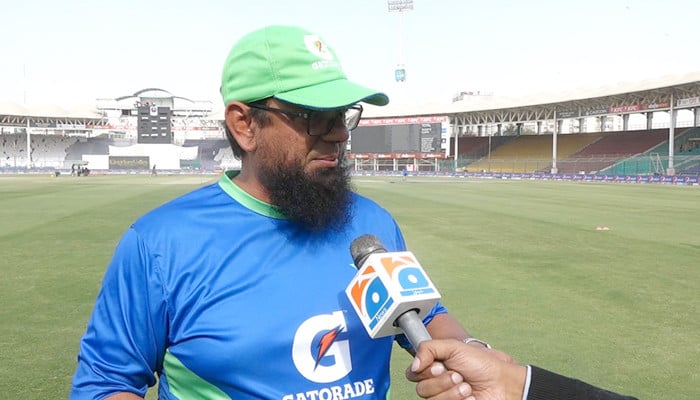 KARACHI: Pakistan’s head coach Saqlain Mushtaq has said that getting whitewashed against England was hurtful, but also backed the team, saying “they didn’t play badly”.

Speaking to Geo News after the team’s defeat in Karachi Test, the former spinner said that everyone was hurt by this defeat, but the Pakistan team came close in two games.

“In Rawalpindi and Multan, there were times when we were looking to win the games, but it didn’t end in our favour,” he said.

“If you look at Multan Test, we were in a good position there as well. But, Saud Shakeel’s controversial decision was the turning point; otherwise, he had put us in a commanding position,” the head coach mentioned.

He said he is also hurt at the defeat and feels like crying in a corner, but these things are part and parcel of the game.

Mushtaq said the Pakistan team was also inexperienced compared to England’s side.

“In a longer game format, experience is key, and it helps you at a crucial stage; this favoured England in the series. We have to learn from our mistakes,” the coach said.

He added that Pakistan was eyeing the World Test Championship final at the start of this series, but unfortunately, the results didn’t go in Pakistan’s favour.

However, he didn’t agree to call this defeat one of the “worst moments” of his career.

“These moments are part and parcel of a professional cricketer; if you allow them to pull you down, then you’ll not be able to move on and progress,” he said.

Mushtaq agreed that the 0-3 result was unexpected but insisted that Pakistan must learn from this defeat.

“It won’t happen overnight, but we will have to work hard,” he said.

When asked if Pakistan should also adopt the way England has played in the series, the coach said it is important to have everyone on board to make any strategic decision.

“England did not adopt this policy overnight; they went through a thought process before applying this style, though there were times in this series as well when we forced them to get back to the traditional style of playing Test cricket,” Saqlain said.

Talking about youngster Abrar Ahmed, Mushtaq said he has made a very good start to his career but highlighted that the youngster needs to work harder to progress further.

“I must say that he must not settle down with this; he must bring more verities as the cricketing world will soon start working on him, so you need to keep evolving,” he concluded.