Who could be potential Manchester United buyers? 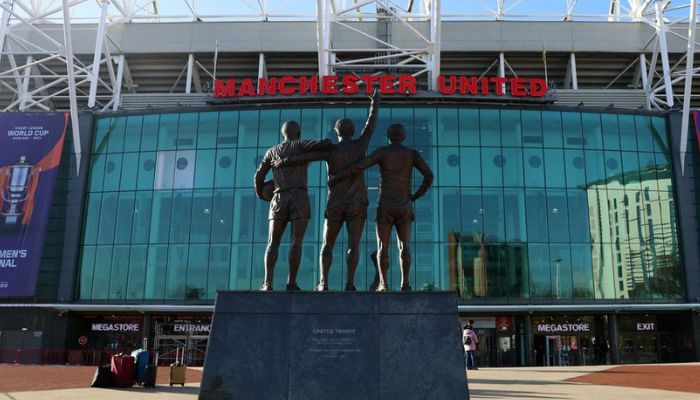 
Manchester United’s owners, the Glazer family, are considering selling the club as they explore “strategic alternatives”. If the Glazers decided to follow through with the sale of the Old Trafford club, here could be some of the possible buyers:

British billionaire Ratcliffe, a long-standing fan of the 20-times English champions, declared his interest in August but said two months later he was told by the Glazers the Premier League side was not for sale when he contacted the family.

He had also failed this year in an attempt to buy London club Chelsea, ultimately bought by an investment group led by American Todd Boehly and Clearlake Capital.

Ratcliffe’s name was widely mentioned among United fans as someone many would welcome, although there are fears he might be priced out with some estimates putting the club’s worth at more than $4.5 billion.

Chemical firm INEOS, where Ratcliffe is chairman, declined to comment.

The Financial Times said former England captain and United midfielder David Beckham was open to having talks with potential bidders interested to boost their chances of buying the club.

As a player, the former Real Madrid and Los Angeles Galaxy man won many trophies but as a co-owner of Major League Soccer side Inter Miami, he has endured a bumpy path.

Beckham remains a popular figure at Old Trafford as one of the leading players of United’s treble-winning campaign under manager Alex Ferguson in 1998-99 and his long history with the club will be a bonus for any consortium.

In 2010, the Red Knights, a group involving former English Football League chair Keith Harris, then Goldman Sachs chief economist Jim O’Neill, and British investor Paul Marshall had put their plan to buy the club on hold due to “speculation in the media of inflated valuation aspirations.”

O’Neill and Marshall wrote to United co-chairman Joel Glazer last year seeking immediate corporate governance reforms, after the club’s plans last year to be part of a European Super League — which ultimately fell through — was met with widespread criticism.

The Manchester Evening News reported on November 23 that O’Neill may consider pursuing a takeover but only if the Glazers lower their current “unrealistic” demands.

Asked by the BBC if he needed to raise four billion pounds to buy United, O’Neill said: “I’m not sure if it’ll necessarily be that much, but let’s see.”

Paris St Germain is owned by Qatar Sports Investments and rumours have swirled that investors from another Gulf country may be keen on buying United, with a report in the Arabian Business saying Dubai investors could be interested.

Musk, the world’s richest person, briefly lifted the gloom over United’s shares and lifted fans’ hopes in August by tweeting that he was buying the club — only to clarify a little later it was all part of “a long-running joke”.

Some of the club’s fans had previously urged Musk on Twitter to consider buying the club, complaining at what they see as under-investment by the Glazers.

The Daily Star reported on Thursday that tech giant Apple – which has no experience of owning a soccer club the size of United – was interested in buying the club in a move that would make United the richest club in the world.

The Manchester Evening News reported that Spanish businessman Amancio Ortega, who founded the fashion chain Zara and is worth $61.3 billion according to a Forbes estimate, had told senior executives of his interest in United.