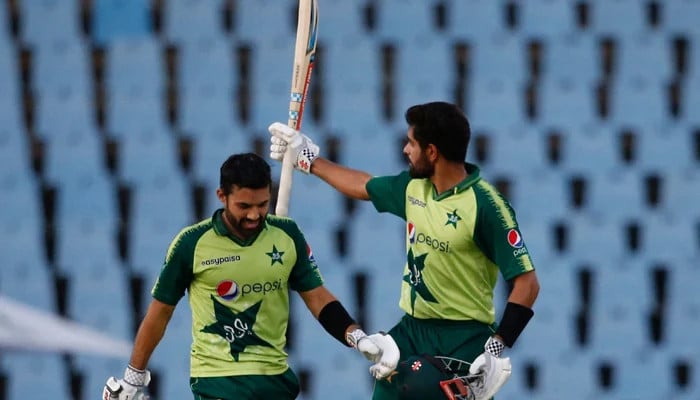 “For the last two years, the pair have been playing at the top. No talk has taken place about it, and with the World Cup ahead, there shouldn’t be any change,” Yousuf said during a post-match media talk after New Zealand handed a nine-wicket defeat to Pakistan.

“It’s risky to take such a chance. Rizwan was the Player of the Match in the first match, after which Babar won the award,” Yousuf said.

Rizwan and Babar have scored more 2,000 runs in partnership since they started opening the batting together.

But despite the opening pair being in top form, the Green Shirts’ middle order does not look great and is under severe criticism after they lost a home series against England.

Against the backdrop of the failing middle order, there have been calls to push Babar or Rizwan down. However, the coach said there were no plans to do so.

“The management thinks that the way the two are playing, changes shouldn’t be made, especially with the World Cup ahead,” he added.

The Babar Azam-led side is scheduled to take on India in its first match of the T20 World Cup on October 23 at the iconic Melbourne Cricket Ground.

Before that, the national team will play against England and Afghanistan in warm-up matches at The Gabba in Brisbane.