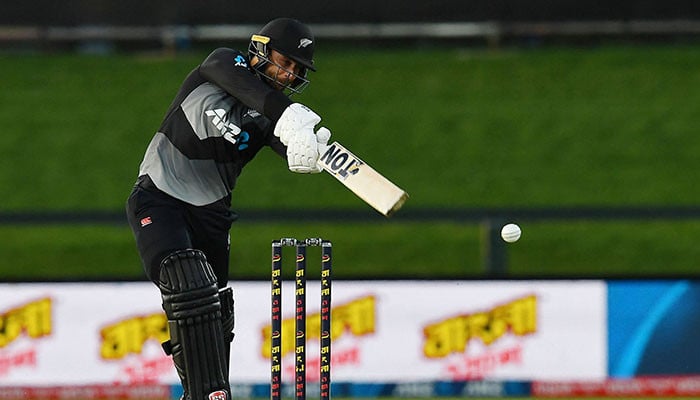 
Hosts trounced Bangladesh by eight wickets in the third T20 of the ongoing tri-nation series being played in New Zealand, as Black Caps batter Devon Conway helped his side chase out the easy target of 138 with an unbeaten 70 on Sunday.

Bangladesh were restricted to 137-8 in their tri-series match in Christchurch.

Sodhi (2-31) removed top-scorer Najmul Hossain Shanto in his first over to raise his century of victims, before dismissing Mosaddek Hossain soon afterwards to further halt the Bangladesh mid-innings momentum.

Bangladesh made a solid start thanks to 33 off 29 balls from Shanto, one of three new faces from the side beaten by 21 runs in Friday’s opening match against Pakistan.

Scoring slowed through the middle stages before Nurul Hasan´s unbeaten 25 off 12, including two sixes, lifted the scoring rate.

New Zealand made one change to the side that went down to Pakistan by six wickets on Saturday, replacing Blair Tickner with another pace bowler, Adam Milne.

Milne soon found himself being added to New Zealand´s mounting injury list, however.

He only bowled two overs before pulling up with abdominal tightness and leaving the field.