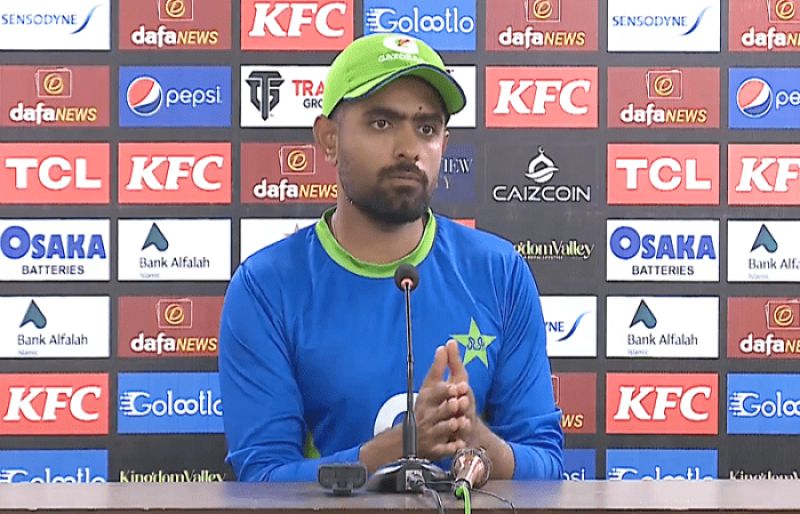 Skipper Babar Azam has no intention of giving up the Pakistan captaincy despite overseeing a first-ever 3-0 Test series whitewash at home, saying that leading the side was “a matter of honour”.

Pakistan lost to England on Tuesday in the third and final Test in Karachi by eight wickets, after going down in the first two matches by 74 runs in Rawalpindi and 26 in Multan.

It was also the first time Pakistan have lost four Tests on the trot, having been beaten by Australia in Lahore in March.

Asked if he would quit the captaincy to concentrate on batting, Azam told a news conference he still enjoyed the challenge.

“Captaincy is a matter of honour for me. I will do whatever best I can for my country and for myself,” he said.

“I enjoy it more when under pressure and it doesn’t affect my batting.”

But Azam acknowledged his disappointment at the result of the series.

“We could not apply ourselves in the series,” said Azam, who suffered his sixth defeat in 16 Tests as skipper.

“I keep Pakistan first and the rest after that. So that motive and my aim are paramount,” he said.

He also backed the players and team management, saying he was confident they would bounce back.

“I will defend other players as captain. I will take that front on … I will be there for others.”

But he urged his teammates to rise to the challenge.

“Coaches give us plans and we have to execute that. It’s for the players to step up,” he said.

Azam, however, rued the loss through the injury of key bowlers — specifically Shaheen Shah Afridi, who missed every game of the series, and Haris Rauf and Naseem Shah, who were out of the last two.

“We were unfortunate that our main fast bowlers were not fit and the new players we played could not execute the way we wanted,” he said.

Pakistan next face New Zealand in two Tests, with the first in Karachi beginning December 26.