Gay teenager shares video of bullies targeting him over his sexuality 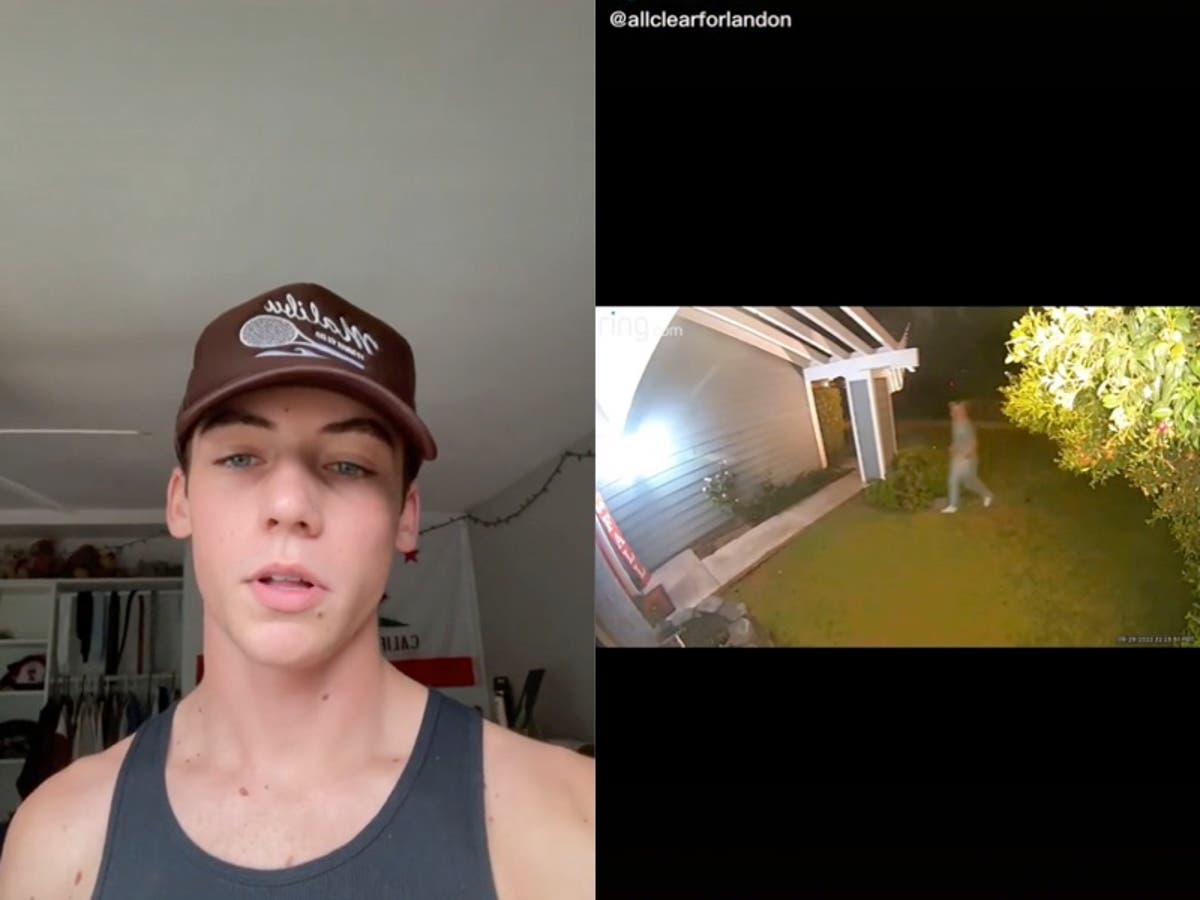 A gay teenager has shared examples of the bullying he’s faced over his sexuality while speaking out against the school bullies he claims have targeted him for years.

Landon Jones, 18, from California, opened up about his experiences in a video posted to his TikTok late last month, in which he began by sharing videos he’d captured of what appears to show him being targeted by bullies in two separate instances.

In the first clip, a teenager could be heard calling Jones a “f**king f**got” as he walked by his car. In another clip, which appeared to be captured by a doorbell camera at Jones’ home, it showed the moment that a teenager knocked on the high schooler’s front door to ask if “Landon lives here”.

After Jones’ father confirmed that he did, the individual responded: “Someone said to come up here … because he’s a f**got!”

“This is a quick little example of what’s going on in my life, and what’s kind of been going on,” Jones said in the video, after sharing the examples. The TikToker then claimed that one group that has been targeting him attend his high school and have “repeatedly called me names, and called me slurs, have followed me, and have now come to my house to say these things”.

Jones claimed he’d “never spoken” to the teenagers before.

“They just simply know the fact that I’m gay and I’m out at school, and they choose that and they hang on it and they just give me that attention. The negative attention that they think is so funny,” he continued.

He then addressed the clips he shared, telling viewers that the first clip was taken while he and his sister were at a Starbucks. “We were apparently followed there,” he said, noting that the group of teenagers proceeded to “call me a f**got, call me slurs” and wouldn’t let him leave his parking spot.

Jones said he told his high school about the incident so the school would know what was “going on,” but claimed that he asked for the classmates in question not to be punished because he didn’t want their lives to be “affected by this”.

“The second clip, however, is completely different,” he continued, before revealing that the second incident took place the night before, around 10.30pm, when a “group of boys came to my house”.

Jones said one of the boys walked up to his front porch and approached his dad where he “essentially told him that I’m a f**got and ran away”.

The 18-year-old went on to condemn the bullying as “harassment,” with the teenager alleging that it constitutes a “hate crime”.

Jones concluded the video by promising that there would be consequences for those who have been bullying him.

The video has been viewed more than 1.3m times on TikTok and received an outpouring of supportive comments from viewers, with many assuring the teen that he has a “community of people supporting him”.

“If there’s one thing I got from this video, it’s how STRONG you are and how weak they are,” TikToker Josh Helfgott wrote. “I’m so sorry this is happening. Keep shining, Landon.”

Another person said: “Very mature way to respond. Sorry you’re going through this. Take strong action and know you have a whole community behind your back. We’ve all experienced this.”

“Please don’t ever let this get you down. I’m so sorry you’re experiencing this and for how cruel this all is,” someone else wrote.

Others agreed that Jones should report the instances of bullying to his school and authorities. “Definitely get a restraining order. Sorry you have to deal with people like that,” one person advised, while someone else said: “Stay safe and get the police involved.”

While speaking to NBC News, Jones said that he decided to share the video of the incidents because he was “sick of being silent about it”. “So I finally spoke up,” he said.

The teenager also said that the teen in the first clip attends his high school, as did the individual who was driving the group of boys who showed up at his house. However, he said that he’d heard from others that the teen who approached his father attends a nearby school.

Jones’ parents Lauren and Nathan Jones also condemned the bullying in a statement to the outlet.

Per NBC News, Jones transitioned to virtual schooling at the start of the school year due to “bullying and a rough experience with the school”.

Following the incident outside their home, Jones’ parents said they are determined to make sure that “consequences are paid” by the individuals targeting their son, and said that they have contacted their son’s school.

“Actions have consequences and we will keep pursuing this until those consequences are paid,” they said. “This behaviour will not be tolerated and we will never turn a blind eye to injustices like these. We have a family to protect and that is our number one focus right now.”

In a statement to NBC News, a spokesperson for the school district Jones attends said the “unconscionable acts committed against Landon Jones do not reflect the feelings or values” of the school district or his high school and that the school district had “immediately launched a comprehensive investigation to uncover the facts of the incidents” with the Orange County Sheriff’s Department (OCSD).

Jones’ parents told the outlet that no actions have been taken yet that they are aware of.