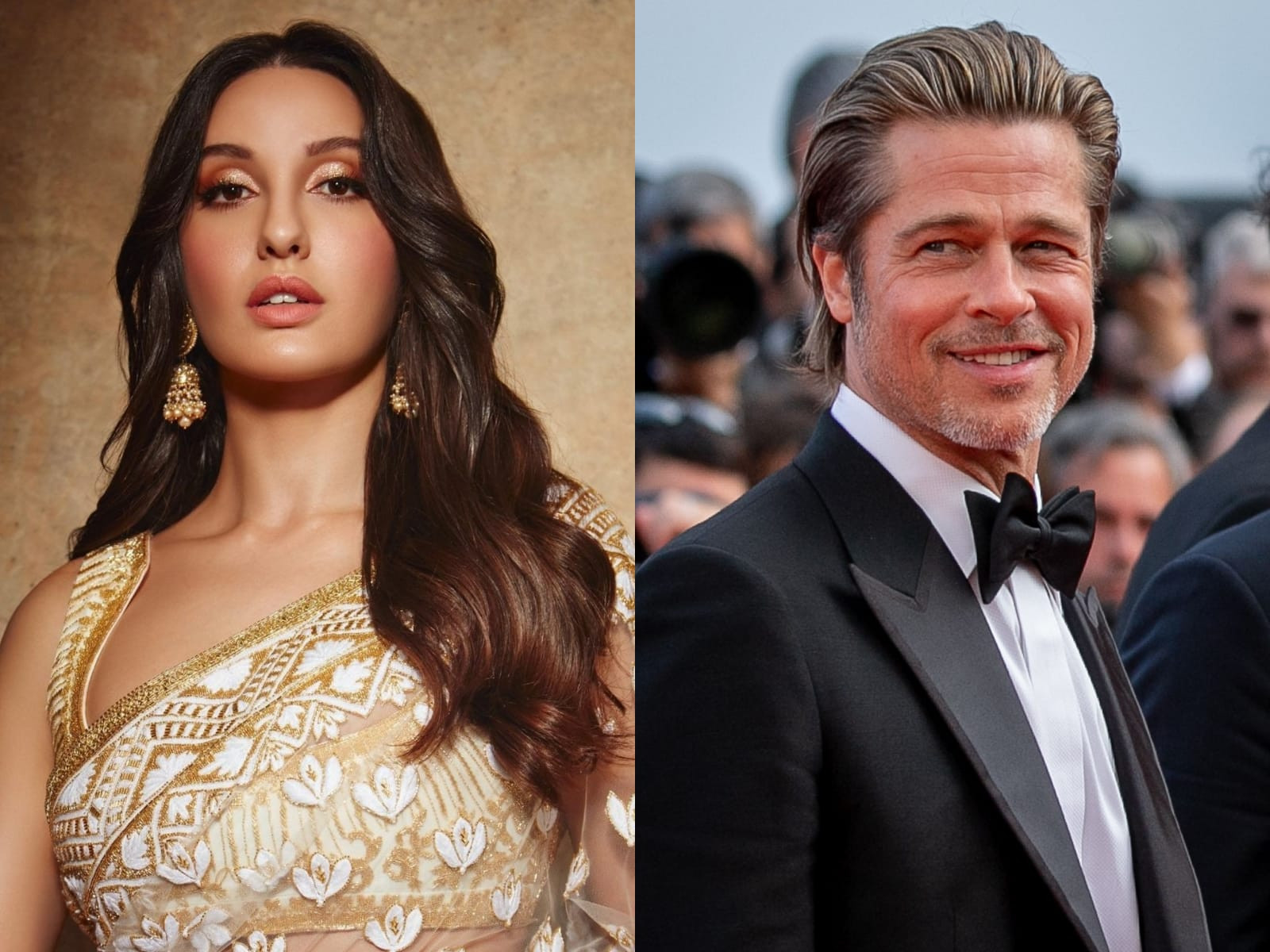 
In a recent tete-a-tete, the Canadian actor Nora Fatehi, who rose to fame with her stellar performances in Bollywood music videos, spoke about her connection with Hollywood’s Brad Pitt. Upon who tops the list of the “most famous” person to have messaged her, she named the Fight Club actor.

Speaking to Grazia India, the dancer-cum-actor was asked about the most famous person who slid into her DMs and her answer had most shocked. “You are not ready (for this) – Brad Pitt,” she said. For the unversed, ‘sliding into DMs’ essentially mean messaging someone on Instagram with flirtatious intent.

The short clip from her September interview has gotten viral now on social media platforms, especially Reddit, with people calling the Muqabla dancer a liar since Pitt doesn’t even use Instagram. A user wrote, “I don’t get how he slid into her DMs, when he doesn’t use Instagram,” while another questioned the statement jokingly. “Are we supposed to believe it?” it read.

A user also joked about Pitt’s reaction to Fatehi’s statement, and wrote, “Brad Pitt: I don’t even know who you are.” Commenting on the video, a user sarcastically commented on her dating choices. “So, Brad Pitt’s been in her DMs, yet she hangs out with guys like Sukesh?” it read.

Fatehi, who will be performing at the FIFA World Cup 2022 this year, was recently summoned by Delhi Police’s Economic Offences Wing in connection to the alleged money laundering case involving Sukesh Chandrasekhar, who has been been jailed on charges of extortion and duping several people. Apart from receiving expensive gifts from Sukesh, Nora allegedly went to Delhi’s Tihar Jail to meet the alleged conman.