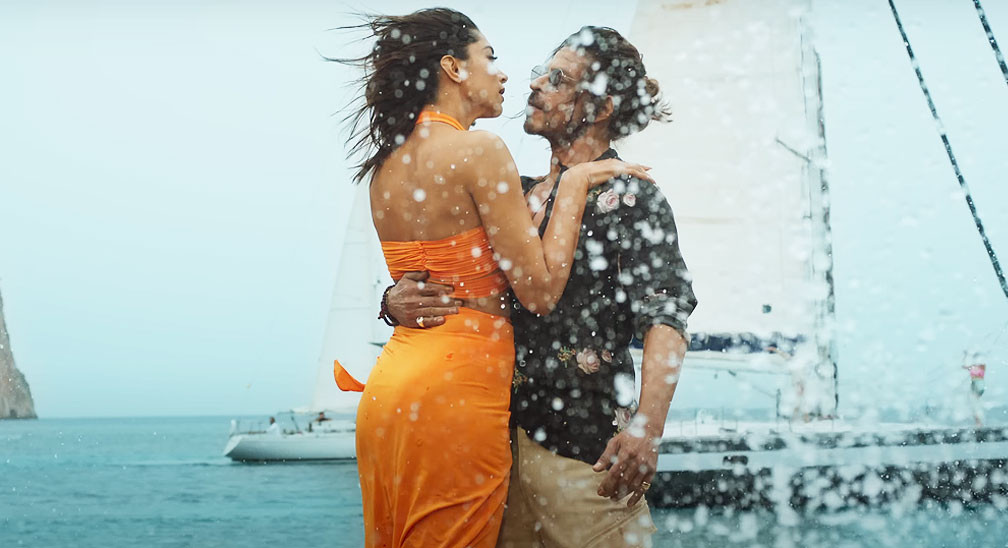 As of today, Indian media is full of news about how watching the film has now turned into a test of your Hindu faith


If there is anything fans from both sides of the border wait for as much as they do for an India-Pakistan cricket match it has to be a Shah Rukh Khan film. Some of you might find this parallel appalling since Pakistan finally started beating India in ICC tournaments, but the fact remains that no star could even orbit around the charm and charisma SRK emits in the cosmos. He has his own pull and unique rules of gravity.

Interestingly, Pakistan’s rather short-lived recent stint of Bollywood in local cinemas suggests Salman Khan be the box office favourite on this side of Wagah as well. Stardom, however, isn’t just about numbers; it’s about sentiments, it’s about people not just willing to pay to watch your face, it’s also about them willing to live life the way you have lived. Khan is grace, speed and elegance combined into a god that doesn’t get added to the pantheon in divinities to come.

Having said that, even gods disappoint. This was exactly how a number of fans felt when they saw Khan’s 8 packs and Deepika Padukone’s skimpiest wardrobe combined in a song that was more ‘Besharam’ than ‘Rang’. They got so riled up after watching the first song from Pathaan that Khan had to pat himself on the back and say, “We will remain alive and positive.” Alive perhaps being the keyword here.

What started off as a discussion about what fans liked and disliked about Besharam Rang, soon turned into a debate about Padukone’s ‘objectionable’ wardrobe and how everything about the song was ‘dirty’ to the core. This new dirty debate was being led by the representatives of the BJP-led fascist government in India.

“The costumes in the song at first glance are objectionable. It is clearly visible that the song of the film Pathaan has been shot with a dirty mindset. I don’t think this is right, and I will tell the director and makers of the film to fix it. Earlier as well, Deepika Padukone came in the support of Tukde Tukde Gang at JNU and that’s why her mentality has come in front of everyone before,” said Madhya Pradesh Home Minister Narottam Mishra. He sounds so shocked and surprised it seems that the minister has either just woken up to women flaunting their gorgeous bodies in Bollywood or he clearly has a personal issue with Padukone and Pathaan.

As expected with most moral policing it didn’t stop with Minister Mishra. Hindutva right-wingers just kept adding fuel to the fire with the National Spokesperson of the Hindu Right Wing outfit Vishwa Hindu Parishad (VHP) highlighting the colour of Padukone’s dress and Khan’s faith.

“Calling saffron shameless, showing a Hindu woman wearing a saffron dress and becoming a puppet of Islamic Jihadis. Is it a bold scene? There is a limit to anti-Hinduism too! Hindu society will no longer be able to tolerate these Tukde Tukde gang members who tarnish Bollywood by defaming it,” said Vinod Bansal, National Spokesperson of VHP.

As of today, Indian media is full of news about how watching the film has now turned into a test of your Hindu faith. Is there truly something so vulgar and inappropriate about Padukone’s wardrobe that the country and its politicians have come to a standstill in order to call her out? Rutuja Deshmukh, who is a visiting faculty of Indian cinema and history at Savitribai Phule Pune University, doesn’t think so.

She says what we need to understand is that a film like Pathaan can longer be viewed from an aesthetic lens. “We have moved far beyond that,” Deshmukh told The Express Tribune in a telephonic conversation. “The RSS and the peddlers of the Hindutva narrative are no longer on the fringe, they are very much in the mainstream and in power. Whether it’s Besharam Rang or something else, it is irrelevant to RSS and the BJP-led government in India. It’s all about the Muslim superhero now and not letting him or his stardom breathe.”

Deshmukh pointed at the utter chaos of ministers giving public statements such as whoever watches Pathaan is a traitor and that ‘we will not allow Pathaan to breathe in cinemas’. “This pattern has been set, the same happened with Brahmastra, and that’s because Hindi cinema (often referred to as Bollywood) is the last remaining bastion of syncretism in India. There was a time when we would fight over which Khan was the best of them all and a daughter having Shah Rukh Khan’s poster in her bedroom didn’t irk the parents as it does today,” she elaborated.

For Deshmukh, it was stalwarts such as Majrooh Sultanpuri who ended up weaving a Hindi cinema fabric that was if not equal but open to all, which in itself, was a matter of pride and ownership. That is no longer the case and today’s India is a far cry from the India where she and her peers grew up in.

“For the current regime, it is very important that Pathaan fails at the box office. Because in case Pathaan ends up succeeding then it would reaffirm that no matter how small an audience, Muslim stars still rule India and more importantly, stardom and fandom are above any faith or religion,” she said.

Buddhaditya Bhattacharyya is a trained musician in Hindustani Classical, currently pursuing his Ph.D. in music from the University of Durham. He actually liked the song, Besharam Rang, from the point of view of how they had included Spanish lyrics and drawn out a composition from Raag Bhairuv which is theorised to have reached Andalusia via the wandering gypsy tribes of the time. “So this was actually a quite reasonable musical amalgamation, sadly enough, the conversation has now shifted towards a rather political reading of the song,” Bhattacharya told The Express Tribune.

He felt just like Khan is being made to answer for his identity in the India that gave him his stardom, the new wave of extremism has taken a toll on the music and the musicians as well, albeit not as overtly. “You can gradually see Islamicate tropes vanishing from Bollywood music and that’s bound to happen when the conversation is made to shift from the quality of the song to the actor’s wardrobe,” said Bhattacharya.

He felt that popular names like A R Rahman have maintained a cordial relationship with people in the current government, primarily because they choose to be apolitical. “Which I believe is the biggest political statement in itself. Even stalwarts like Ustaad Zakir Hussain and Rashid Khan, who was also awarded a Padmabhushan in 2021 by the current government, ensure it is only their art that remains in focus, and for some reason, the right-wing establishment isn’t also bothered by their Muslim identity,” Bhattacharya explained.

He pointed the readers towards the YouTube comments section of Besharam Rang which was mostly full of praises and raised the question of whether an organised smear campaign against the film will actually take a toll on the fan love and box office numbers. Or, adding to Buddha’s question, perhaps the entire controversy might end up helping Pathaan make even bigger numbers at the box office.

“I don’t think BJP’s campaign is going to backfire for them,” Deshmukh responded to the question. “Right now the exhibitors are so scared of the possible unrest Pathaan’s release might trigger in India that they are skeptical about playing the film in the first place. If Pathaan still ends up raking box office numbers then it would be truly miraculous.”

She concluded by saying that this opposition by Hindutva right-wingers has only turned an untainted, family-friendly, Muslim superstar like Khan into a site of protest. “Unfortunately we have come to a point in India, where watching Pathaan can be viewed as an act of protest. I’ll go and watch it as an act of protest.”