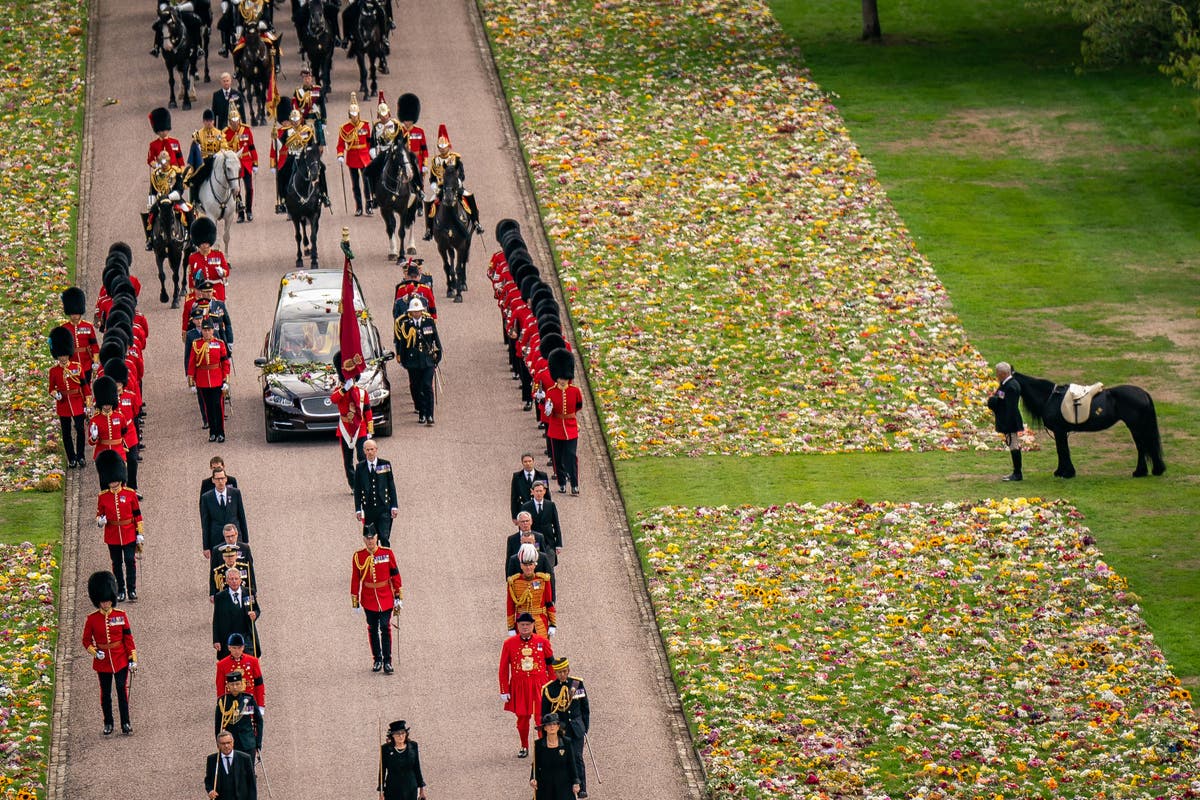 A new photograph of the late Queen Elizabeth II’s Fell Pony Emma has been released by Buckingham Palace.

Emma, one of the monarch’s favourite ponies, made a poignant appearance at her funeral on Monday (19 September), as she stood at the side of the Long Walk to Windsor Castle to watch Her Majesty’s coffin drive past.

The palace released a portrait of the black pony, who was born on 1996, via social media and added: “For the past 15 years, Queen Elizabeth II regularly rode Emma for light exercise in the grounds around Windsor Castle.”

It added: “She will continue to be much-loved and cared for at the Royal Mews, Windsor, and regularly exercised by its small, dedicated team.”

Emma, whose full name is Carltonlima Emma, stood in the gap between hundreds of thousands of floral tributes with the Queen’s trusted stud groom and manager at Windsor Castle, Terry Pendry, during the ceremonial procession.

Pendry donned his bowler hat, black jacket and riding boots, and bowed his head as the coffin passed.

Behind them were grooms from the Royal Mews at Windsor wearing black armbands in mourning.

Emma’s ears twitched and she swished her tail, stomping on the ground twice with one of her front hooves as the Queen’s coffin moved past in the state hearse with a military parade.

Apart from Emma, the Queen’s beloved corgis Sandy and Muick also made a special appearance at Windsor during the funeral as they waited for her coffin to arrive at the castle.

The late monarch bought the pony in 2004 as an eight-year-old. Pendry describe her as a “wonderful servant to Her Majesty” and one of her favourite ever horses.

Emma went on to have a short but successful competition career after she came under the Queen’s ownership and was named Cuddy Supreme Champion at the Devon County Show in June 2006.

Later, she also qualified at the Horse of the Year Show Ridden Finals, and at Olympia in the Mountain and the Moorland Supreme Championship Final.

Emma retired in December 2007 and was returned to the Royal Mews. She appeared in three pageants at the Royal Windsor Horse Show to mark the Queen’s diamond jubilee, 90th birthday celebrations, and the platinum jubilee.