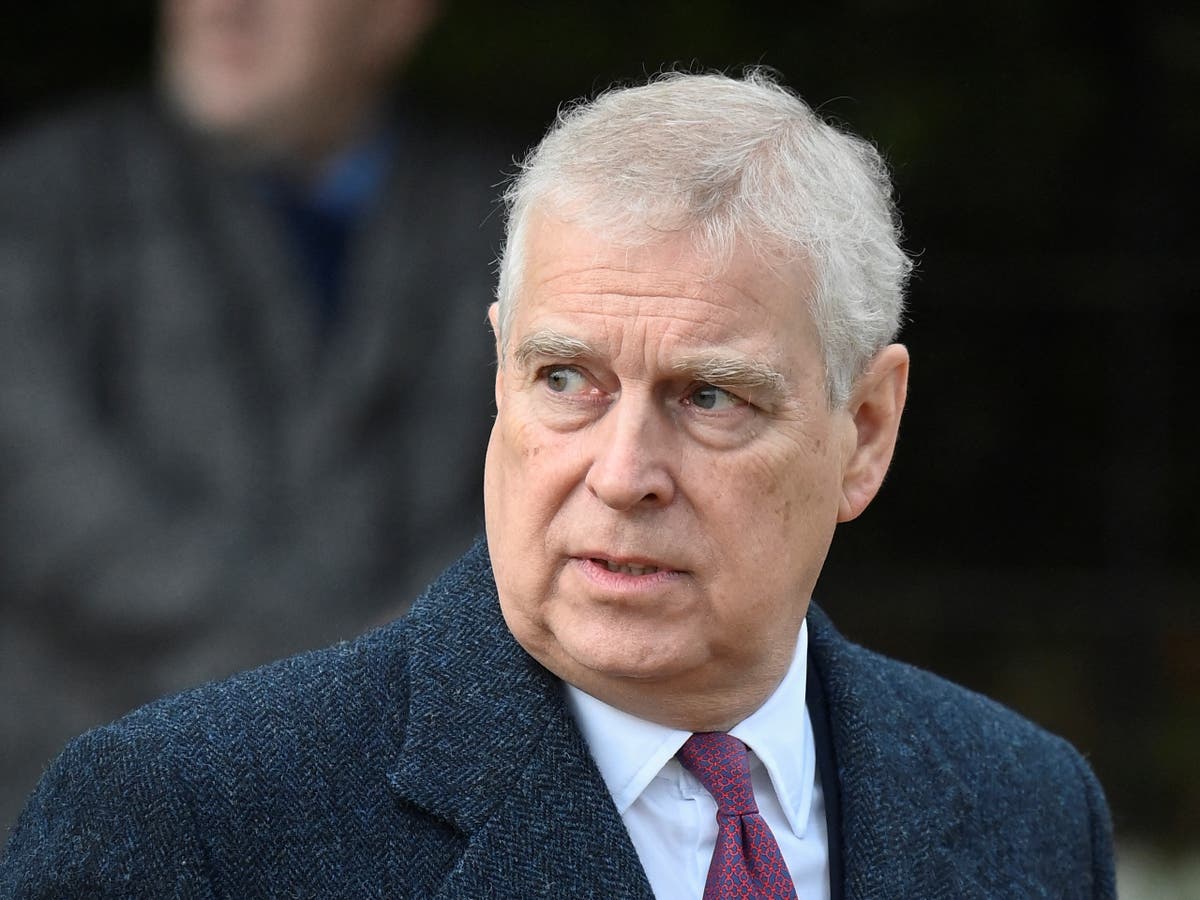 Friends of Prince Andrew are concerned he is cut off from friends and “becoming a recluse” amid reports he is plotting to challenge his £3 million settlement with Virginia Giuffre.

Sources close to the disgraced royal say he is “desperate” for redemption but has failed to come to terms with being exiled from royal duties.

It comes amid reports Prince Andrew is weighing up a legal bid to overturn the multimillion-pound settlement reached with a woman who accused him of sexual assault and even force an apology.

Sources close to Prince Andrew told The Independent the prince is “on his own” in Royal Lodge in Windsor and is only consulting his lawyer about decisions while shunning friends and remaining cut off from the family. The Duke’s PR advice also ended in December prompting further concern about the guidance he’s receiving.

“There are fears he’s making judgements in isolation and only speaking to his lawyer,” sources told The Independent. “He’s seeing nobody, there’s a real element of isolation there, it feels like he’s becoming a recluse.”

“He is desperate for rehabilitation, but does not understand the humility and penance he needs to show following the case.

“He’s stuck inside this bubble of wanting to have a role in the royal family when he doesn’t have one any more.”

In January last year, after the Duke of York was accused of sexual assault by late billionaire Jeffrey Epstein victim Virginia Giuffre, he was stripped of his HRH title.

Ms Giuffre alleges that she was forced to have sex with Prince Andrew aged 17 by the financier and jailed socialite Ghislaine Maxwell. He has vehemently denied these claims.

In February, the prince reached an out-of-court settlement of around £3m with Ms Giuffre, which included a donation to her charity “in support of victims’ rights”. He made no admission of liability.

Sources close to Andrew believe he hopes that overturning Ms Giuffre’s claim could let him return to royal duties but US law would require the prince to argue legal reasons for overturning the deal, including mistake or accident.

Sources say they are worried the prince is not coping with the disgrace of the scandal which saw him unable to wear military uniform during his mother, Queen Elizabeth II’s, funeral procession in September. They fear the prince is not coming to terms with his new demoted position in the royal family.

Ms Maxwell, daughter of disgraced media mogul Robert Maxwell, who was jailed for child sex trafficking in connection with Mr Epstein last year, also paid out millions to Ms Giuffre in a separate lawsuit in 2017.

Speaking to CBS this week, the convicted sex offender said that Ms Giuffre’s claims were unfounded, and that she did not introduce her “dear friend” Andrew to the teenager.

Maxwell also said that the well-known photo showing the Duke of York next to Virginia Giuffre is fake.

Maxwell, 61, who was convicted of sex trafficking, has previously cast doubt on the authenticity of the photo, said to have been taken inside her Mayfair home, showing Prince Andrew with his arm around Ms Giuffre with Maxwell in the background.

Speaking from prison in the US, Maxwell said she is “sure” the picture is not real.

In an interview with TalkTV, aired on Monday evening, Maxwell said: “It’s a fake. I don’t believe it’s real for a second, in fact I’m sure it’s not.” She added: “Well, there’s never been an original, and further there’s no photograph, and I’ve only ever seen a photocopy of it.”

The Independent has approached Prince Andrew’s representatives for comment.