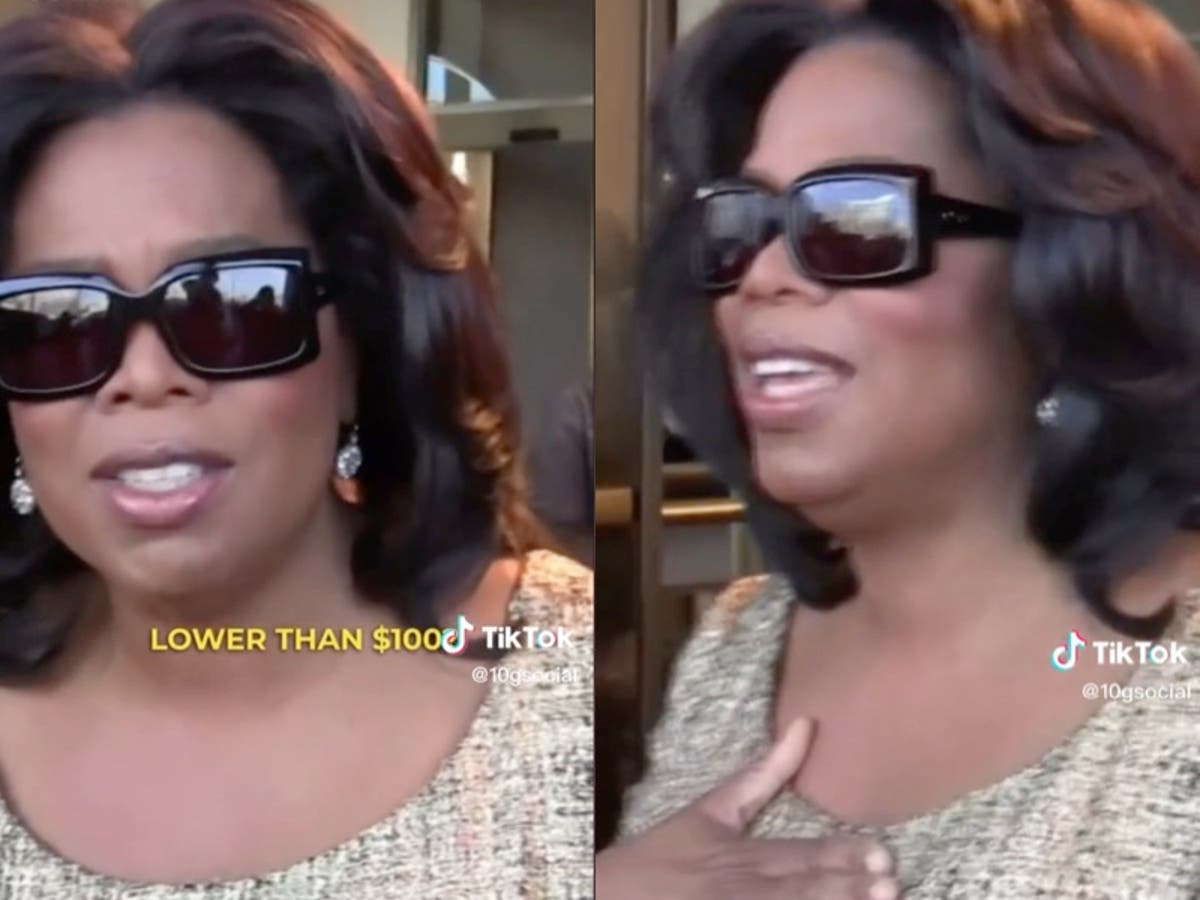 Oprah Winfrey has divided fans after she appeared surprised to learn a $100 Christmas present may not be in everyone’s budget.

The former talk-show host’s realisation occurred during a conversation with Colin Drummond, who goes by the username @10gsocial on TikTok, and who identifies himself as TMZ’s Washington Bureau Chief on LinkedIn.

In a video uploaded this week, Drummond approached Winfrey to ask her for Christmas gift suggestions for his mother, who he said is “not doing well”. “A favourite gift for my mom, she’s not doing well,” the TikToker said.

In response to the question, Winfrey paused to take a moment to ponder, before suggesting that Drummond purchase his mother a jewellery box that the media mogul had included on her “Favorite Things” list, her annual round-up of holiday gift suggestions.

“You know, a wonderful thing is that jewellery box that I had on ‘Favorite Things,’” Winfrey responded. “A beautiful red jewellery box …”

Before Winfrey could finish, Drummond interrupted her to ask whether she had any less expensive suggestions, as he said the jewellery box was “too expensive”.

“That’s too expensive for me…” he began, at which point Winfrey argued that that the item was not too expensive. “No, it’s not, it’s really not,” she replied. “It’s like $100 or something.”

In response, the content creator asked Winfrey to suggest something “a little lower, in my price budget”.

The request was met with surprise from Winfrey, who looked taken aback and confused as she replied: “Lower than $100?!”

After chuckling at her response, Drummond then informed Winfrey that his mother likes more “sentimental” gifts.

Despite her initial surprise at the idea that $100 may be out of someone’s budget, the philanthropist, who has a net worth of $2.5bn, according to Forbes, then proceeded to suggest a sentimental holiday gift that Drummond could give his mother for free.

“Uhh. Okay, then this is the perfect gift for your mom. You do a list of your top 10 reasons why you love her, and you make a beautiful card, and it’s your top 10,” Winfrey advised, prompting the TikToker to reply: “That’s perfect. And it’s sentimental right?”

In response, Winfrey confirmed the gift idea is “sentimental,” before reiterating: “Your top 10.”

In a caption on the video, the TikToker wrote: “Oprah just slayed mom Christmas gift,” before adding in the caption: “Oprah knows how to give a sentimental gift.”

However, in the comments under the video, which has since been viewed more than 500,000 times, viewers were divided by Winfrey’s initial stunned reaction to the TikToker’s holiday budget.

“The judgement when he said $100 was too expensive,” one user wrote, while another said: “When she was surprised, then had to remember not everyone is in her bubble.”

“She was SHOOK that $100 was too expensive. ‘Do they even make things that cost less than $100?’” someone else joked.

Others suggested they heard “judgement” in Winfrey’s voice. “Damn the judgement at ‘lower than a hundred dollars?’ Come on Oprah,” one viewer wrote.

According to another viewer, the video made Winfrey seem “so out of touch”.

Although some were critical of Winfrey’s reaction, many viewers praised the former host of The Oprah Winfrey Show for then taking the time to come up with an affordable suggestion.

“Her second suggestion was incredibly thoughtful,” one person pointed out, while another user said: “I think Oprah handled this and answered this very well.”

According to someone else, they would love to receive the sentimental gift Winfrey suggested from their own children. “I would love a card with a list of reasons my children love me!” they wrote.

Some fans also defended Winfrey from the criticism on the basis that she was not prepared for the question.

“She’s thinking on her feet here, not prepared for this question, so, I think she did alright,” one person wrote, while another said: “She’s a billionaire. I think $100 was actually a modest suggestion.”

As for what’s included on Winfrey’s 2022 list of Favorite Things, she noted that this year’s roundup celebrates “small businesses (think family-run, local makers, BIPOC- and woman-founded, and more!)” with gift options ranging from a $148 cookie jar to a $190 53-piece emergency preparedness kit. The list also includes a number of affordable options, such as a pair of $18 gloves.