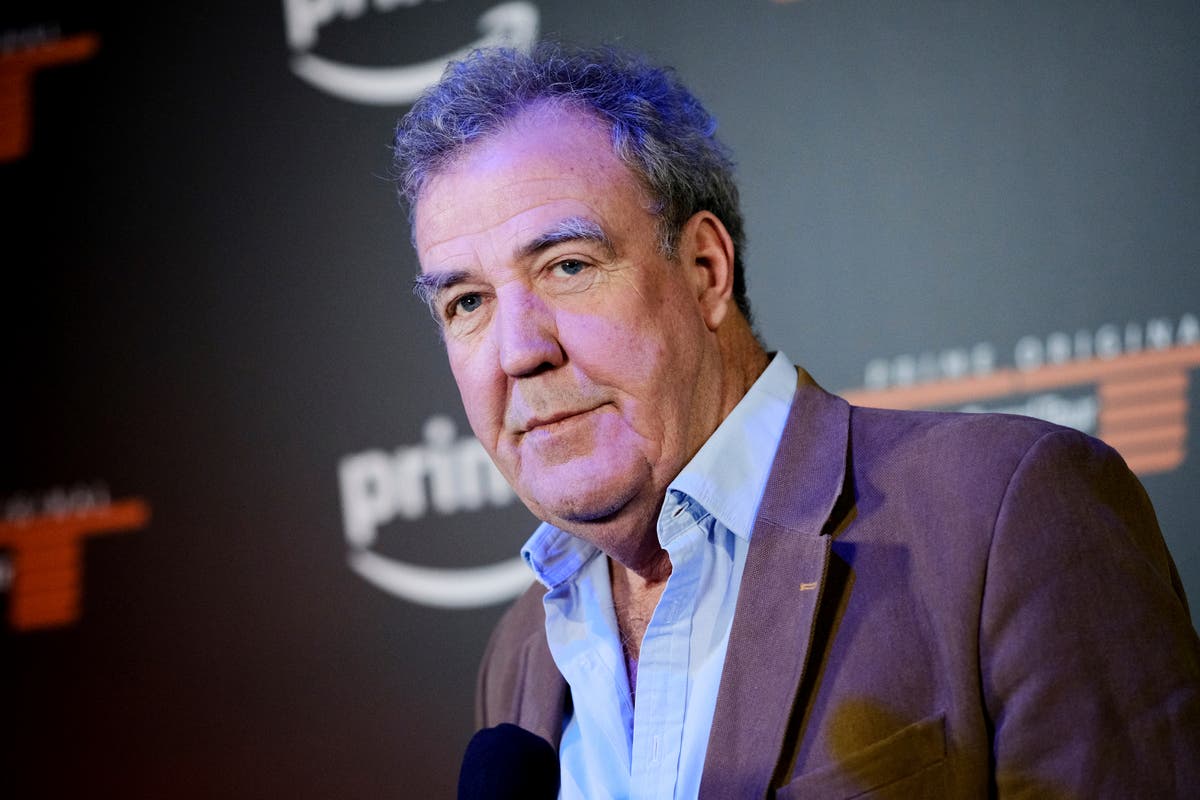 Caroline Flack’s mother has spoken out against Jeremy Clarkson’s column in The Sun, in which he writes about how much he “hates” the Duchess of Sussex.

Christine Flack condemned the Top Gear presenter’s tirade against Meghan Markle that was published last week, comparing it to negative press coverage about her daughter, who died by suicide in February 2020.

Speaking to LBC radio host Shelagh Fogarty on Monday afternoon (19 December), Flack expressed how “upset” she was that Clarkson’s controversial comments were allowed to be published following the release of the final episodes of the Duke and Duchess of Sussex’s Netflix documentary, Harry and Meghan.

She said the comments, in which Clarkson wrote that he “dreamed” of the day Meghan would be publicly humiliated with “excrement” thrown at her, were made about someone who might be “fragile”.

It comes after Meghan spoke of how frightening it was to receive death threats, which she said were stirred up by negative reports in British tabloids.

“My daughter was Caroline Flack, and what was printed in the papers, so much of it was untrue,” Christine said. “I’ve had apologies… [But] it’s all too easy just to apologise.”

She continued: “I can see even though Meghan and Harry have got all that money… even they said, if they can’t win, how can anyone else win? Someone like Jeremy Clarkson can just say what he wants, but it gets printed, that’s the worst thing.”

In his column, published on Friday (16 December), Clarkson wrote: “I hate [Meghan]. Not like I hate Nicola Sturgeon or [serial killer] Rose West. I hate her on a cellular level.

“At night, I’m unable to sleep as I lie there, grinding my teeth and dreaming of the day when she is made to parade naked through the streets of every town in Britain while the crowds chant, ‘Shame!’ and throw lumps of excrement at her.”

Following fierce backlash to his comments, including from his own daughter Emily Clarkson, the broadcaster has said he made a “clumsy reference to a scene in Game of Thrones” and promised to be “more careful in future”.

But Flack said people like Clarkson “shouldn’t just be able to say awful things” in a national newspaper.

“I did watch the programme about Harry and Meghan because just briefly, [Caroline] knew Harry, and she used to say about what he thought of his mum, and when he met Meghan… he said I’ve met a girl I really love,” she recalled.

“I don’t know what the rights and wrongs are, I don’t want to say and I don’t want [Prince William and Kate Middleton] to be hurt either, you don’t want any of them to be hurt. But we shouldn’t just be able to say awful things, and [Caroline] had the most awful threats over things that were written in the paper.”

An inquest into Caroline’s death found that the TV star had struggled with her mental health and having her assault case “played out in the national press… was incredibly difficult for her”.

In 2020, a coroner said: “I find the reason for her taking her life was she now knew she was being prosecuted for certainty and she knew she would face the media, press, publicity – it would all come down upon her.”

Caroline had allegedly assaulted her boyfriend Lewis Burton in her home in December 2019. He called emergency services, but later withdrew his complaint about Caroline and said she “was not in a good place emotionally”.

If you are experiencing feelings of distress and isolation, or are struggling to cope, Samaritans offers support. You can speak to someone in confidence over the phone on 116 123 (UK and ROI), email jo@samaritans.org, or visit the Samaritans website here.