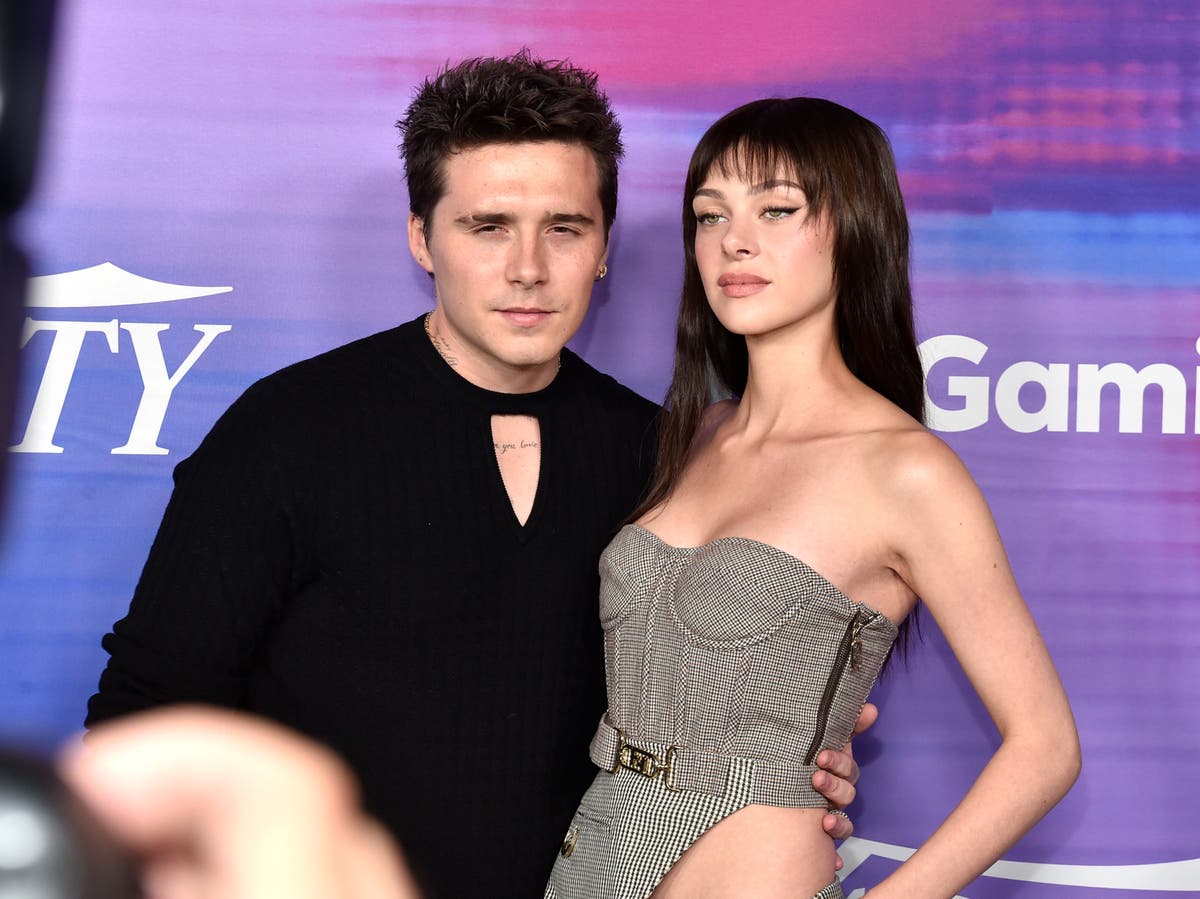 Brooklyn and Nicola Peltz Beckham have welcomed a new member to their furry family – a fluffy white puppy named Lamb.

The couple also have two older dogs and previously had a third, a French bulldog named Frankie who died in October 2021.

In an Instagram update on Friday (7 October), Nicola posted several snaps of her cuddling with Lamb, as well as a family photo with Brooklyn and their other two dogs.

The model, 27, wrote in the caption: “We adopted our baby today and named her Lamb. She is the sweetest angel!”

Nicola went on to say that Friday was her late grandmother Gina’s birthday, which made it “such a hard” time for her.

Gina died in January 2020, the night before Nicola’s 25th birthday.

“I can’t hug her but I feel like she sent me Lamb,” the Transformers: Age of Extinction star continued. “I’m so grateful for this love.”

She urged her 2.7m Instagram followers to consider adopting or fostering a pet because “the love it brings to your family is like nothing else”.

Friends, including Bella Thorne, Emma Kenney and Chiara Aurelia were quick to send their love to the couple, commenting with strings of red heart emojis under the post.

Fans of the Peltz Beckhams were also delighted by the news of their latest addition and decision to adopt a dog from a shelter.

“Thank you so much for adopting this sweetheart,” one person wrote. “We are thrilled that she’ll have an amazing life with you.”

Another said: “I love this so much. You are such an angel! Thank you for adopting and encouraging to do so. They bring so much happiness.”

Nicola and Brooklyn frequently post updates about their home life and shared their grief when their dog Frankie passed away last year, while they were still engaged.

In a tribute post on Instagram at the time, Nicola wrote: “My angel Frankie has gone to heaven and I can’t fathom the idea of not being able to kiss his face one more time.

“Every room he walked into everyone ran to him. His energy was so pure and full of happiness. He was the kindest dog I’ve ever met.”

Since then, the couple married in April at a lavish Jewish ceremony held at Nicola’s father’s £76m Palm Beach estate, in front of 300 wedding guests.

The event was attended by both their families, including Brooklyn’s celebrity parents David and Victoria Beckham and Nicola’s billionaire father Nelson Peltz and former model Claudia Heffner Peltz.