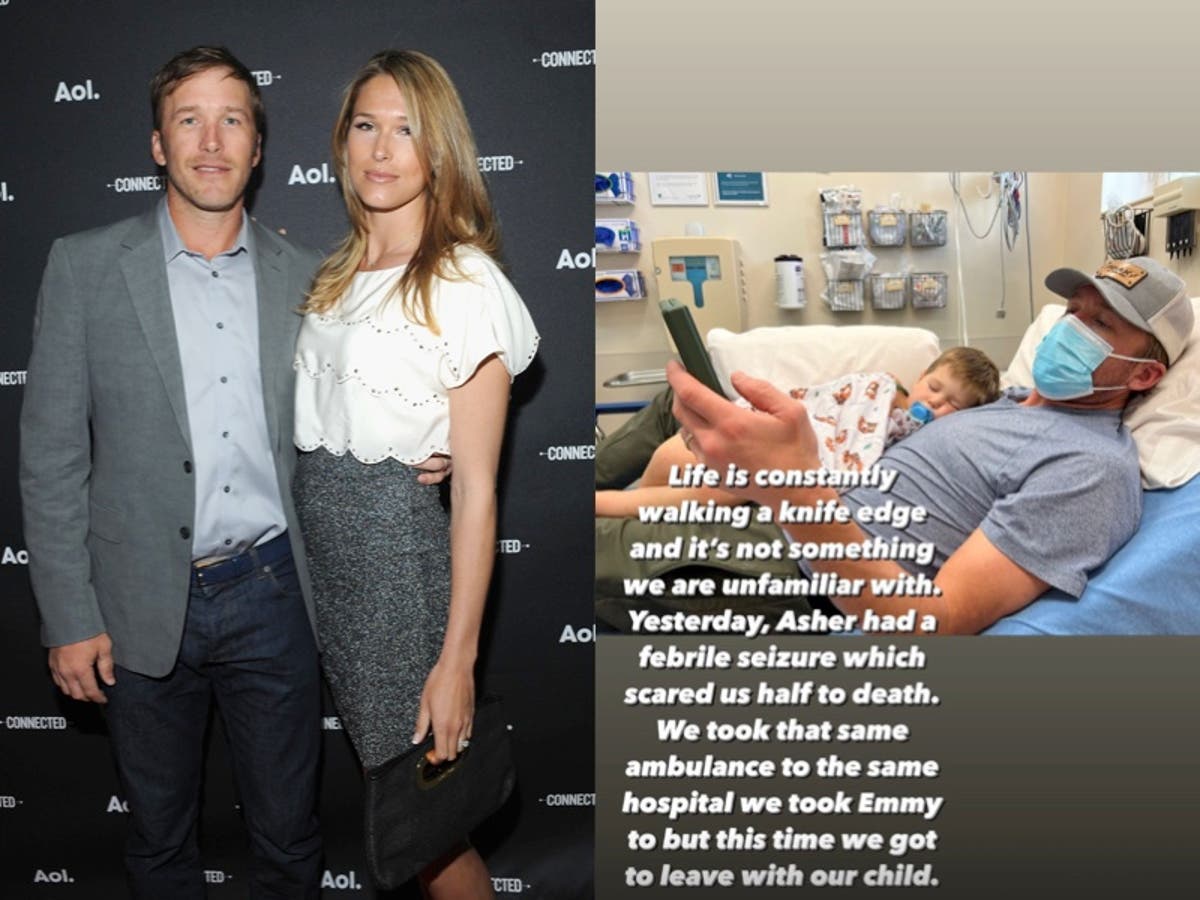 Bode Miller and his wife Morgan Beck have revealed their three-year-old son, Asher, was rushed to the hospital after a febrile seizure. It was the same hospital where their daughter Emmy was taken before she died in a drowning incident in 2018.

On 20 December, the professional beach volleyball player revealed on her Instagram story that one of the twin sons she shares with the US Olympic skier had suffered from a febrile seizure. According to the Mayo Clinic,  a febrile seizure is a convulsion in a child that’s caused by a fever.

“Life is constantly walking a knife edge and it’s not something we are unfamiliar with,” Beck wrote on her Instagram story, over a picture of Miller lying down on a hospital bed with Asher asleep on his chest. “Yesterday, Asher had a febrile seizure which scared us half to death. We took that same ambulance to the same hospital we took Emmy to but this time we got to leave with our child.”

In a separate story, Beck shared a picture of Miller cuddling with his twin sons on the couch after they had brought Asher home from the hospital.

“He’s home and back to his normal self,” she said. “I am reminded to slow down and realise life’s little gifts during this crazy holiday season because we already have everything we need…our loved ones, our health, and more time”.

“Because time with the ones we love is all we could ever ask for,” she wrote over the final photo, which showed Miller looking affectionately at his three-year-old son.

In June 2018, their daughter Emmeline died after a drowning incident in June 2018 at 19 months old. The child was found unconscious at a neighbour’s swimming pool in southern California. Miller, who has won six Olympic medals in alpine ski racing, shared at the time that he and his family were “beyond devastated”.

“We are beyond devastated. Our baby girl, Emmy, passed away yesterday. Never in a million years did we think we would experience a pain like this,” he shared in an Instagram post, which featured a picture of his daughter. “Her love, her light, her spirit will never be forgotten. Our little girl loved life and lived it to its fullest every day. Our family respectfully requests privacy during this painful time.”

This June, Beck paid tribute to her daughter Emmy on Instagram on the four-year anniversary of her passing. “We miss you so much baby girl. Keep moving mountains,” she captioned the post, which included sweet videos and pictures of her daughter.

The couple have previously opened up about how they keep daughter Emmy’s memory alive, from conversations with their children about their sibling to advocating for water safety awareness.

“She comes up in regular conversation and she still has a bunch of her stuff around and her pictures,” Miller told People in May 2021. “So I think in that sense, we try to proactively make the kids aware because the younger ones never met her, you know? Nash was pretty small, though he definitely remembers her. It really still seems like yesterday. Then there are parts that start to really feel like a long time ago.”