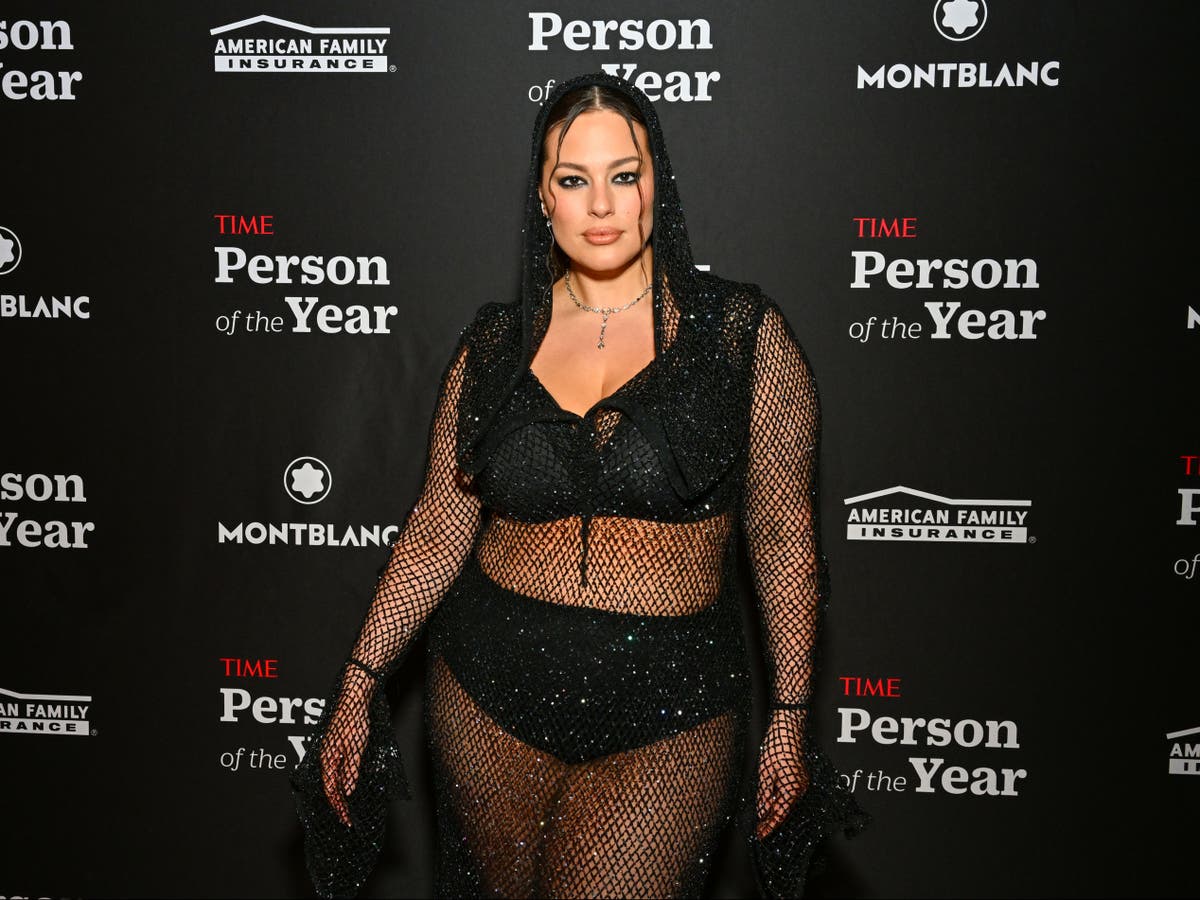 Ashley Graham has dismissed criticism about her appearance by posting a photograph of herself supposedly “taking ‘fat positivity’ too far”.

It comes after US journalist Sameera Khan posted snaps of the model wearing a gold minidress as she walked out of a hotel, and tweeted: “The fat positivity movement is getting out of hand.”

Khan, who describes herself as an “anti-woke journo”, faced huge backlash after posting the now-deleted tweet, with many accusing her of being fatphobic for going after Graham, a plus-size model.

Graham, 35, appeared to take Khan’s comments in her stride and tweeted her own photo of herself while wearing the same dress on Monday (19 December).

In the snap, she is winking at the camera while posing. She wrote in the caption: “Quote tweet this with a photo of you taking ‘fat positivity’ too far. I’ll start.”

Fans of the model, who recently gave birth to twins boys with her husband Justin Ervin, hit back at Khan for her original thread of tweets.

“A woman existing in her natural body isn’t a ‘movement’,” one person said. “Also if we really want to argue, Ashley Graham is fit. That woman WORKS OUT. She is fit and strong af.”

Another said: “Ooohh, Sameera Khan you are out of pocket for this. Let’s be clear, no one finds a hateful person to be attractive. Hopefully you find some peace to heal whatever is hurting your heart because we aren’t here for this nonsense. I stan the queen Ashley Graham.”

“Can we leave fat-shaming in 2022?” a third person asked. “Because imagine thinking Ashley Graham, a famous, wealthy, booked and blessed model, isn’t absolutely jaw-dropping beautiful? Like be f***ing for real.”

Last month, Graham opened up about her “new tummy” after welcoming her twins Malachi and Roman in January.

In an Instagram post, she shared a photo of her postpartum stomach and wrote: “Hi new tummy. You look very different from what I’m used to. But I do appreciate you.”

Graham and Evri are also parents to two-year-old son, Isaac.

The model revealed that she suffered severe haemorrhaging shortly after she gave birth at home.

In an essay for Glamour, she said she “lost litres of blood” and blacked out right after welcoming the twins.

“All I can remember is feeling a light touch on my cheek, which I found out later was actually somebody smacking the crap out of my cheek, someone holding my hand, my husband Justin in my ear, praying, and someone jabbing me with a needle in my arm,” she wrote.