Need to get rid of bad breath? Eat some yoghurt 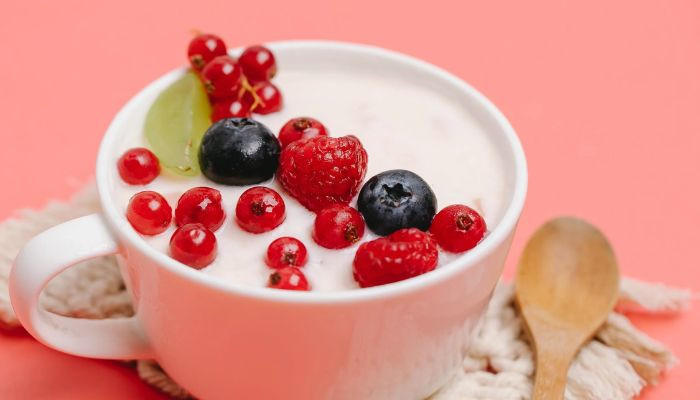 According to a recent study, consuming yoghurt and other fermented foods may be the best method to prevent bad breath.

Probiotic bacteria are found in foods like yoghurt, sourdough bread, and miso soup, which Chinese researchers claim can help treat the embarrassing condition.

According to the results of a pooled data analysis, when participants ingested these bacteria in the form of supplements, especially Lactobacillus salivarius, Lactobacillus reuteri, Streptococcus salivarius, and Weissella cibaria, they ended up with a freshened breath.

The main cause of halitosis, also referred to as foul breath, are volatile sulfuric chemicals. According to scientists, the chemicals are produced by oral bacteria brought on by bacterial mingling and food particles linked to poor dental hygiene. Mouthwashes, chewing gum, teeth cleaning, and tongue scraping are common remedies for halitosis.

Scientists point out that probiotic bacteria may offer a more convenient alternative, as evidence is mounting. The researchers searched databases for pertinent clinical trials that were published up until February 2021 to see how long any such effects would remain.

The team concentrated on seven research studies with a total of 278 participants out of an initial 238 records. Each study had a small sample size, ranging from 23 to 68 people, with ages ranging from 19 to 70.

The amount of volatile sulphur compounds found in the mouth or each person’s OLP score, which measures breath odour at different distances from the mouth, were used to determine the severity of bad breath.

Since an unclean tongue and the accumulation of tartar between the teeth are frequently substantial contributors to foul breath, tongue coating scores (three studies) and the plaque index (three studies) were also taken into consideration in the study.

Regardless of the length of the monitoring period, the pooled data analysis demonstrated that OLP scores significantly decreased in those taking probiotics compared to those in the control groups.

Although these varied “significantly” in the various experiments, researchers found a similar outcome for the levels of volatile sulphur compounds measured. However, there were no appreciable variations in plaque index or tongue coating ratings between probiotic users and nonusers.

Probiotics “may prevent the degradation of amino acids and proteins by anaerobic bacteria in the mouth, hence regulating the creation of unpleasant by-products,” according to study authors.

The researchers did point out that some of the data in these studies used tiny sample sizes and produced incomplete conclusions.