Not ‘lying flat’: China to persist with tough COVID policies 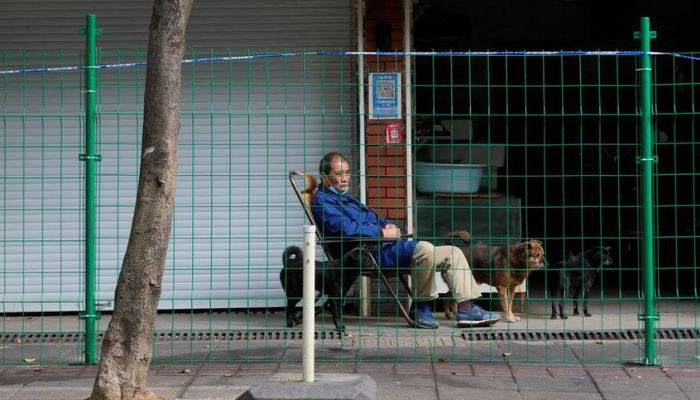 
BEIJING: China will persist with its COVID-19 policies to guard against new coronavirus strains and the risks they bring, the official newspaper of the Communist Party warned in a commentary for the third straight day, crushing hopes of any near-term easing.

“Lying flat is not advisable, and to win (the COVID battle) while lying flat is not possible,” People’s Daily wrote on Wednesday, referring to a phrase in China that denotes doing nothing.

China has been grappling with a COVID resurgence after the National Day “Golden Week” holiday this month and the emergence of new Omicron subvariants, including the highly transmissible BF.7, days before a key Party congress where Xi Jinping is expected to extend his leadership.

Some big cities, including Shanghai, have tightened preventive measures such as requiring residents to be tested for the virus more frequently. One city in southwest China has even offered cash rewards to residents who report on individuals attempting to conceal their travel histories.

China’s health authority reported on Wednesday 1,760 new local cases for Oct. 11, down from 2,089 a day earlier. Megacities like Beijing, Shanghai, Shenzhen and Xian all found new cases, though numbers were just in the double digits.

Despite China’s small caseload compared with the rest of the world, and the toll its COVID lockdowns and restrictions have exacted on the economy and population, China has urged its people to accept the measures, quashing any speculation that it would relax its policies.

“Only by insisting on dynamically clearing (cases as they arise) could huge losses arising from losing control of the epidemic be avoided by the full extent,” People’s Daily wrote.

The impact of China’s COVID policies has been felt across the world.

The International Monetary Fund on Tuesday cut its 2022 and 2023 economic growth forecasts for China to 3.2% and 4.4%, respectively, saying the frequent lockdowns under the country’s zero-COVID policy have taken a toll on its economy.

Due to the size of the Chinese economy and its importance for international supply chains, the COVID disruptions will also weigh on global trade and activity, the IMF said in its latest World Economic Outlook.

“I can’t believe folks still think it will ease,” said a foreigner working as a teacher in Shanghai, speaking on condition of anonymity. “My partner and I officially gave notice to our employers this week. We will permanently leave China at the end of our current contracts in June 2023.”

The two have been trapped in Xishuangbanna, a popular tourist destination in the subtropical south of Yunnan province, since early October.

At first confined to the district where their hotel was situated, they were later forbidden from even stepping out of their hotel room.

This week, they have been allowed to leave Xishuangbanna if they test negative for at least three days and if they can find a flight back to Shanghai.

But quarantine looms on their return.

“We cannot go to our apartment because it is sealed off,” he said. “Our neighbours remain in central quarantine for most of this week. Those flying to Shanghai from Xishuangbanna seem to be quarantined in hotels.”

Elsewhere in Yunnan, a city of 5.7 million, Qujing, said on Monday that residents who report on individuals trying to conceal travel to COVID-risky areas such as Tibet and Xinjiang will get a 500 yuan ($70) reward.

Residents who single out close contacts of such travellers will receive 2,000 yuan.

If the PCR test result of the reported individual is positive, a “big” reward will be given.