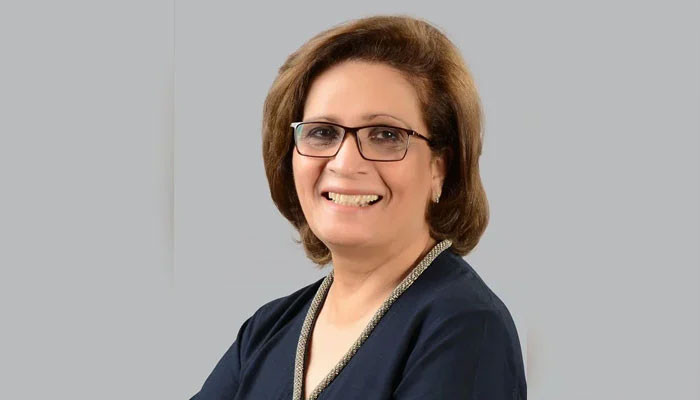 
Pakistani endocrinologist Dr Tasnim Ahsan, who became the first in the country to win the Endocrine Society’s prestigious Laureate Award 2023, said that the development in the field of endocrinology was an “unmet need” in Pakistan that required work.

The professor emerita at the Jinnah Postgraduate Medical Centre (JPMC) and the founding dean of the Medicell Institute of Diabetes Endocrinology & Metabolism in Karachi has been awarded the “International Excellence in Endocrinology” for her exceptional contributions to the field in geographic areas with underdeveloped resources for hormone health research, education, clinical practice or administration.

The internationally renowned clinician and educator recounted her journey from an endocrinology practitioner at the Jinnah Postgraduate Medical Centre (JPMC) to becoming the first Pakistani to be honoured with the Laureate Award.

Speaking to Geo.tv, she said that it was in the year 1993 that she decided to establish the first facility for the treatment of health issues related to the endocrine system.

The doctor said that there were several motives behind her efforts that led to her great contributions in the field of endocrinology, and the crying need to address this area of work was one of them.

“It was just an unmet need that I felt like fulfilling,” she said.

As per Dr Ahsan, the discipline deals with not only hormonal ailments but also a chunk of metabolic diseases like diabetes, which she said were rapidly affecting people in the country.

It was like others were waiting for her to take a lead and do something about the development of the field in Pakistan. That is when she decided to lay the foundation for a specialised facility within the endocrinology department at the JPMC.

Dr Ahsan said that she and her colleagues in the field of endocrinology started meeting as an “endocrine group” which eventually led to the establishment of the Pakistan Endocrine Society around 2004.

After “a lot of effort” and years of lobbying, Dr Ahsan and her group finally managed to get approval from the college of physicians and surgeons for the facility as a speciality for training dedicated specialists in the discipline.

She said that she has been training specialists in endocrinology since 2010-11, expressing gratitude that there are many endocrinologists in Karachi and other major cities of the country.

The reason Dr Ahsan contributed to and achieved recognition for her work was her dedication and passion for this field.

“There was no real care available for these kinds of patients [having endocrine-related health issues],” the doctor said.

She highlighted that there are still some facets of endocrinology, especially related to sexual disorders, that receive scant attention and care.

“I would like to serve those who are suffering,” she said while referring to individuals with differences in sexual development and gender incongruence.

“These people are God’s creations and they need to be helped just like we help people suffering from any other disorder,” she stressed.

Dr Ahsan’s journey was surely an “arduous” one as she faced discouragement and negative reactions like everyone else does when they try to do something new.

“I didn’t take the usual route for development in the government sector,” she said while referring to the requirement of a PC1 form that is required for a new proposal or department.

She said that following the usual involves waiting for approval of the proposals and budgets and later the release of funds “which takes forever.”

The endocrinologist added that she was lucky to have seniors and colleagues at the JPMC who helped and facilitated her to start something within her department.

“It just grew and grew until it was recognised as the first teaching and training centre for the specialists in endocrinology in the government sector,” said Dr Ahsan.

Besides the support, the Medicine and Endocrine Foundation — an NGO she founded in 1999 with the help of well-wishers, friends, and family — served as another source to raise funds for rebuilding her department and creating specialised clinics in ward number 6 of the JMPC, which was evolved from a small room with patients sitting on the benches.

When asked what obstacles she faced in getting to where she is now, Dr Ahsan said that there were innumerable difficulties but she only wants to cherish her success in the service of humanity.

She added that there are people who have taken over the department of endocrinology at the JPMC and the facility will continue to serve regardless of her presence.

That is worth celebrating, she concluded.