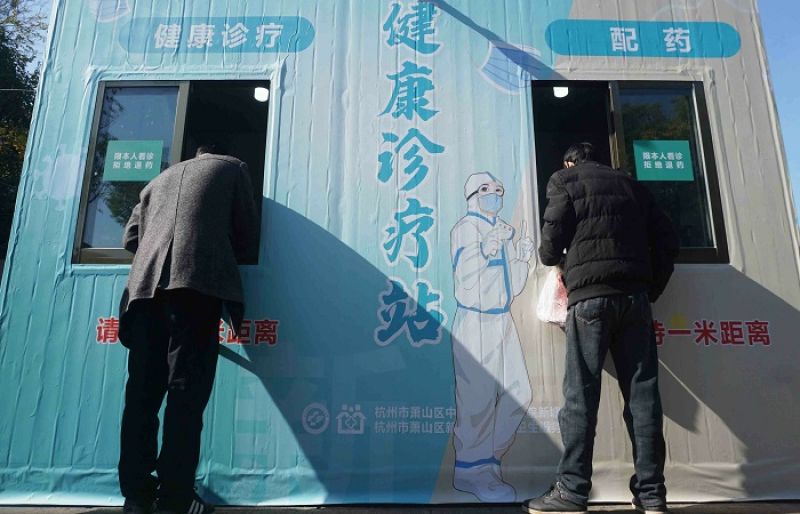 Crematoriums across China are straining to deal with an influx of bodies as the country battles a wave of Covid cases that authorities have said is impossible to track.

Cases are soaring across China, with hospitals struggling and pharmacy shelves stripped bare in the wake of the government’s sudden decision to lift years of lockdowns, quarantines and mass testing.

The United States has warned the outbreak is now of concern to the rest of the world, given the potential for further mutations and the size of China’s economy.

From the country’s northeast to its southwest, crematorium workers told AFP they are struggling to keep up with a surge in deaths.

In Chongqing — a city of 30 million where authorities this week urged people with mild Covid symptoms to go to work — one worker told AFP their crematorium had run out of space to keep bodies.

“The number of bodies picked up in recent days is many times more than previously,” a staffer who did not give their name said.

“We are very busy, there is no more cold storage space for bodies,” they added. “We are not sure (if it’s related to Covid), you need to ask the leaders in charge.”

In the southern megapolis of Guangzhou, an employee at one crematorium in Zengcheng district told AFP they were cremating more than 30 bodies a day.

“We have bodies assigned to us from other districts. There’s no other option,” the employee said.

Another crematorium in the city said they were also “extremely busy”.

“It’s three or four times busier than in previous years, we are cremating over 40 bodies per day when before it was only a dozen or so,” a staffer said.

“The whole of Guangzhou is like this,” they added, stressing that it was “hard to say” whether the surge in bodies was linked to Covid.

In the northeastern city of Shenyang, a staff member at a funeral services business said the bodies of the deceased were being left unburied for up to five days because crematoriums are “absolutely packed”.

Asked by AFP whether the rise in demand was due to Covid, he said: “What do you think? I’ve never known a year like this one.”

In the capital Beijing, local authorities on Tuesday reported just five deaths from Covid-19 — up from two the previous day.

Outside the city’s Dongjiao Crematorium, AFP reporters saw more than a dozen vehicles waiting to enter, most of them hearses or funerary coaches.

Delays were obvious, with a driver towards the front of the queue telling AFP he had already waited several hours.

It was not immediately clear whether an increase in Covid deaths was causing the backlog, and crematorium staff declined to answer questions.

The end to mandatory testing has made the toll of China’s Covid surge difficult to track, with authorities last week admitting it is now “impossible” to tally how many have fallen sick.

Beijing health officials on Tuesday said that only those who had directly died of respiratory failure caused by the virus would be counted under Covid death statistics.

“At present after being infected with the Omicron variant, the main cause of death remains underlying diseases,” Wang Guiqiang of Peking University First Hospital told a press conference of the National Health Commission (NHC).

“Old people have other underlying conditions, only a very small number die directly of respiratory failure caused by infection with Covid,” they added.

“We are not avoiding the dangers of Covid. At the same time we need to assess Covid’s dangers in a scientific manner.”

The US State Department said on Monday the surge was now a matter of international concern.

“We know that any time the virus is spreading, that it is in the wild, that it has the potential to mutate and to pose a threat to people everywhere,” State Department spokesman Ned Price said.