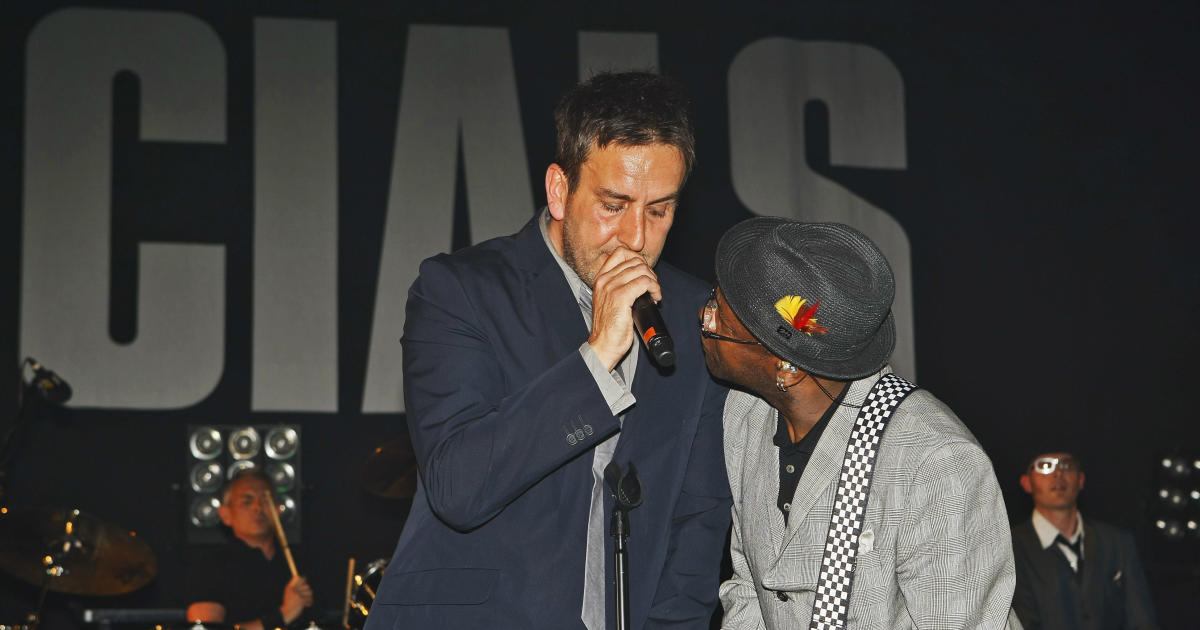 Musician Terry Hall, who helped create one of the defining sounds of post-punk Britain as lead singer of The Specials, has died. He was 63.

The band announced late Monday that Hall had died after a brief illness. It called him “our beautiful friend, brother and one of the most brilliant singers, songwriters and lyricists this country has ever produced.”

Hall joined the band that would become The Specials in the English Midlands city of Coventry in the late 1970s, a time of racial tension, economic gloom and urban unrest. With its mix of Black and white members and Jamaica-influenced style of sharp suits and porkpie hats, the band became leaders of the anti-racist 2 Tone ska revival movement.

With Hall’s deadpan vocals setting the tone, The Specials captured the uneasy mood of the times in songs including “A Message to You, Rudy,” “Rat Race” and “Too Much Too Young.”

The band’s most iconic song is the melancholy, menacing “Ghost Town,” which topped the U.K. music charts in the summer of 1981 as Britain’s cities were erupting in riots.

The Specials had seven U.K. Top 10 hits before Hall and fellow band members Neville Staple and Lynval Golding left in 1981 to form electropop outfit Fun Boy Three. It scored hits including “It Ain’t What You Do (It’s The Way That You Do It”) and “The Tunnel of Love.”

Hall later formed The Colourfield and other bands, and collaborated with artists including The Go-Go’s – co-writing the group’s 1981 debut single, “Our Lips Are Sealed,” which was also recorded by Fun Boy Three.

“Our extremely brief romance resulted in the song Our Lips Are Sealed, which will forever tie us together in music history. Terrible news to hear this,” she wrote on Twitter.

Singer-songwriter Elvis Costello also offered condolences, writing on Twitter: “Terry’s voice was the perfect instrument for the true and necessary songs on ‘The Specials.’ That honesty is heard in so many of his songs in joy and sorrow.”

Hall’s bandmates said he was “a wonderful husband and father and one of the kindest, funniest, and most genuine of souls. His music and his performances encapsulated the very essence of life… the joy, the pain, the humor, the fight for justice, but mostly the love.”

“He will be deeply missed by all who knew and loved him and leaves behind the gift of his remarkable music and profound humanity. Terry often left the stage at the end of The Specials’ life-affirming shows with three words… ‘Love Love Love.'”