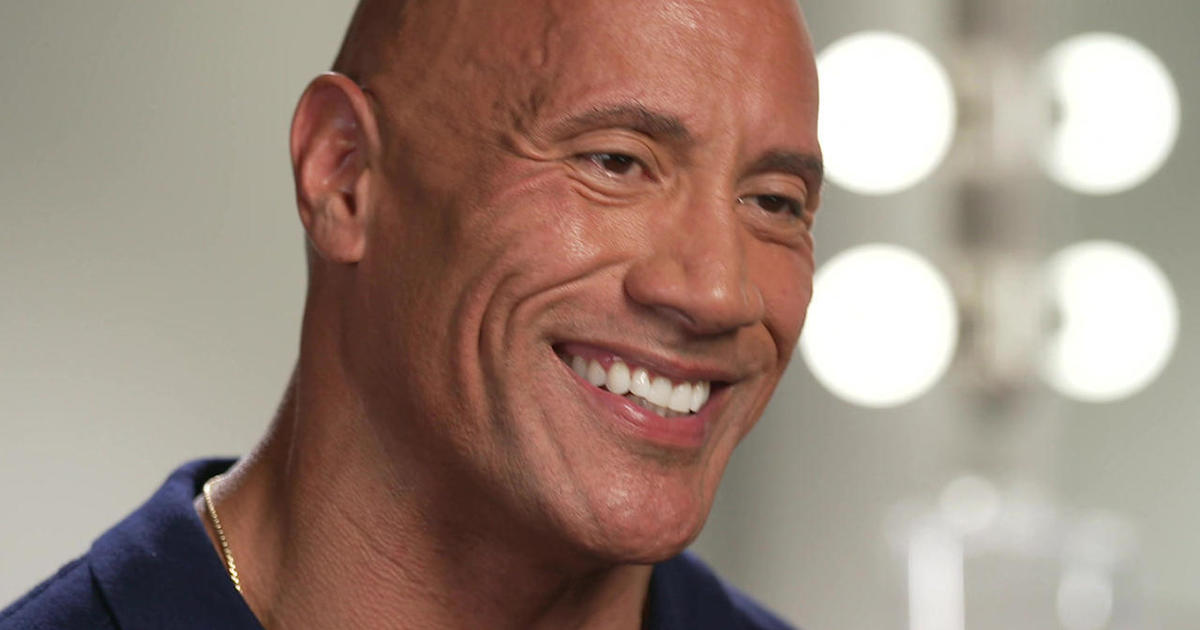 
In show business (or really any business), they don’t come much bigger than Dwayne Johnson. He’s the highest paid actor in the world, according to Forbes, and his worldwide movie totals are counted in the billions. And now, in a new film opening this month, Johnson wants to be the next big superhero.

In the DC Comics universe, Black Adam is a prisoner-turned-violent demi-god out for revenge.

Correspondent Tracy Smith asked Johnson, “Do you consider him a villain?”

“At times, I do,” he replied. “Well, I consider him an antihero. But it’s like reading the Bible. It’s interpretative.”

And it’s a role that seems to fit him like a skintight superhero suit.

But it seems that Johnson’s real superpower just might be his humility.

An only child, Johnson had the humblest of beginnings:  his dad, Rocky Johnson, was a pro wrestler back in the days when road trips were long and money was tight. “We were nomads,” he said. “We had that life up until I was 16 years old. We lived on the road. And I spent a lot of my time growing up in the back seat of a car.”

He went to college on a football scholarship, but injuries and bad luck eventually sent him back home, defeated, with only seven bucks to his name. Years later he would name his production company Seven Bucks Productions, as a reminder of where he started. But in the mid-’90s, he turned to wrestling as a way to pull himself out of poverty.

On his autobiographical sit-com “Young Rock,” Johnson recounts how he started wrestling at WMC-TV in Memphis under the name “Flex Kavana,” and how a friend named “Downtown Bruno” gave the broke future superstar a place to stay in his rundown trailer.

It turns out the trailer park in Walls, Mississippi is still there – and so is his old friend Bruno Lauer.

“Finally! The Rock has come back to Walls, Mississippi!” Lauer cheered.

Their old home was pretty much as they’d left it, too. “I haven’t been here since then,” said Johnson. “This is the first time back. So, it’s bringing back a lot of memories.”

Smith asked, “What are you thinking?”

“Tracy, I’m so grateful. Grateful to have a friend like Bruno, grateful to have the opportunity that I had, and life is just so amazing. It can be, you know, just … truly.”

Talk about amazing:  Johnson went on to be a huge success in the wrestling world as “The Rock,” and in 2001 he made the jump to film. After some early success, Hollywood tried to mold him into a “typical” leading man. “They said, ‘Okay, great. But now here’s what you have to do: You have to stop working out as much. You have to lose weight. You can’t call yourself The Rock. You can’t talk about wrestling. Let’s stay away from all that.'”

“These are all the things they told you? ‘Don’t be this anymore’?” asked Smith

“That’s right. So, I tried that, Tracy, I tried getting smaller, losing weight. It all felt wrong.”

“And once you started being yourself …”

“That was it. When that happened, a funny thing happened: Hollywood conformed around me. And years later, I’m sitting here with you.”

So, while he can bust up the big-screen bad guys, he can also sing in an animated Disney feature, “Moana”; and he can be funny (or at least try to be) as a font of bad jokes in “Jungle Cruise.”

He also owns a wide array of businesses, among them Teremana Tequila, and it’s no secret that he likes to drink it as well as sell it.

But Dwayne Johnson says his favorite role is dad to his three daughters: his two younger girls are often seen on his Instagram page.

Smith asked, “So, you really enjoy those tea parties?”

And that’s the kind of thing that seems to make the public love him all the more: in fact, he’s been talked about (seriously) as a presidential candidate. A 2021 poll showed nearly half of voters would pick him for the White House.

But when we asked, Johnson told Smith that a run for the White House was not going to happen. “It’s off the table. Yes, it is off the table,” he said. “I will say this, ’cause it requires the B side to this: I love our country and everyone in it. And I also love being a daddy. And that’s the most important thing to me, is being a daddy, number one, especially during this time, this critical time in my daughters’ lives, ’cause I know what it was like to be on the road and be so busy that I was absent for a lot of years when my first daughter’s growing up in these critical age at this critical time in her life. And that’s what the presidency will do. So, my number one priority is my daughters.

“Sure, CEO sounds great! But the number one thing I want to be is daddy. That’s it.”

So, he can play a hulking superhero, no problem. But in real life, maybe the only thing bigger than Dwayne Johnson’s muscles, other than his ambition, just might be his heart.

Smith asked, “If Black Adam is fueled by rage today, what are you fueled by?”

To watch a trailer for “Black Adam” click on the video player below: