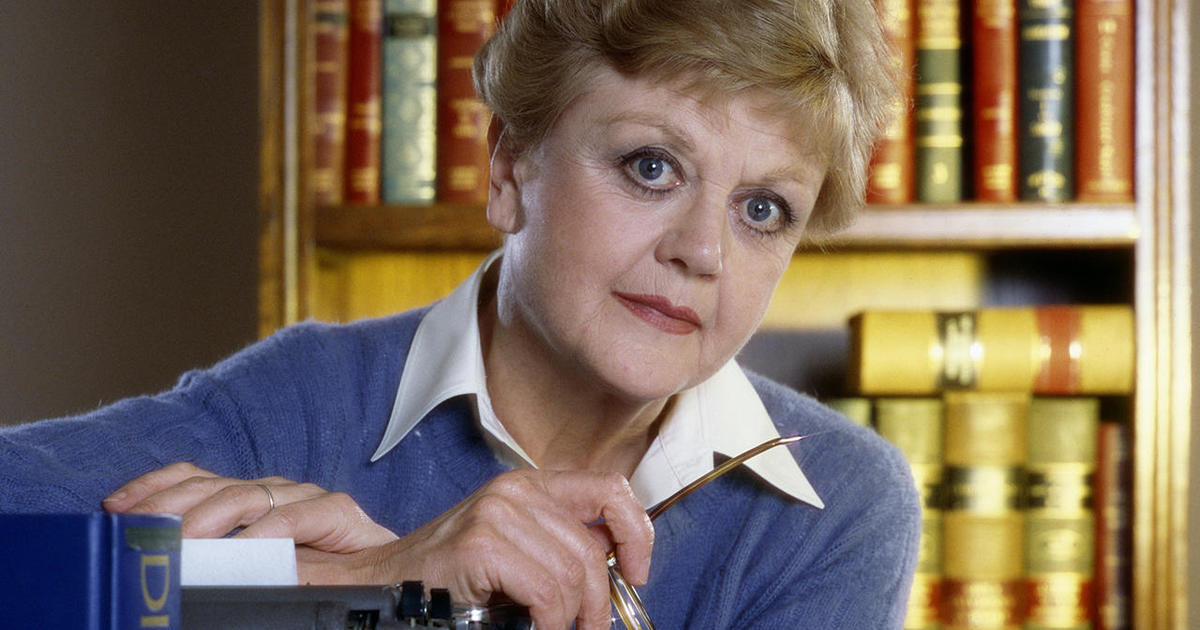 Angela Lansbury, in a publicity photo for “The Private Affairs of Bel Ami” (1947).

The five-time Tony Award-winner, who also received three Academy Award nominations and 18 Emmy nominations, and starred in the long-running mystery series “Murder, She Wrote,” died on October 11, 2022, at the age of 96.

Angela Lansbury was born in London to Irish actress Moyna MacGill and Edgar Lansbury, a timber merchant; her grandfather, George Lansbury, was the charismatic leader of the Labor Party.

She was sent by her mother to drama school – first in London, then in New York and, ultimately, Hollywood, where she was signed by MGM.

By 17, she was making her first film, as the flirtatious cockney maid who only adds to the intrigue between Ingrid Bergman and Charles Boyer, in the 1944 suspense classic, “Gaslight.”

The director of “Gaslight,” George Cukor, was appalled that a woman of Angela Lansbury’s youth could pull off playing such a convincing seductress.

“The Picture of Dorian Gray”

Angela Lansbury played a young singer who becomes engaged to a man harboring a terrible secret, in the 1945 film of Oscar Wilde’s macabre novel, “The Picture of Dorian Gray.”

“The Picture of Dorian Gray”

Angela Lansbury in “The Picture of Dorian Gray,” For the second consecutive year, Lansbury earned an Oscar nomination for Best Supporting Actress.

“The Private Affairs of Bel Ami”

Angela Lansbury joins in the frivolity in “The Private Affairs of Bel Ami” (1947), a Production Code-friendly adaptation of the Guy de Maupassant novel about a cad pursuing numerous females in Paris.

“State of the Union”

Katharine Hepburn, Spencer Tracy, Van Johnson and Angela Lansbury in “State of the Union” (1948), directed by Frank Capra. Lansbury played a media maven who pushes Tracy to seek the nomination for president.

A portrait of Angela Lansbury as she appears in the MGM film “The Red Danube (1949).

Victor Mature starred as Samson and Angela Lansbury as Semadar, his betrothed, before the Biblical strongman crossed paths with Semadar’s younger sister, Delilah, in Cecil B. De Mille’s colorful 1949 epic, “Samson and Delilah.”

“Remains to Be Seen”

Angela Lansbury starred with Juen Allyson and Van Johnson in the 1953 mystery-comedy “Remains to Be Seen,” a tale of murder in a posh New York City apartment building. Ads proclaimed the film to be a “Fright-fully Funny Mirthquake.”

Randolph Scott is the lawman out to clear out the corrupt businessmen of Medicine Bend, and Angela Lansbury is the singer who rides into town from out of Scott’s past only to complicate matters, in the 1955 Western, “A Lawless Street.”

Kay Kendall, Rex Harrison and Angela Lansbury star as socialites eager to secure reputable partners for their daughters being introduced during debutante season, in Vincente Minnelli’s 1958 comedy, “The Reluctant Debutante.”

Despite back-to-back Oscar nominations, Lansbury spent her twenties and thirties hopelessly typecast as a mother, in “The World of Henry Orient,” “Blue Hawaii” (as Elvis’ mom), and “The Manchurian Candidate” (pictured), in which she gives son Laurence Harvey advice only a loving mother could give: “You are to shoot the presidential nominee through the head.”

“In the Cool of the Day”

Angela Lansbury and Peter Finch play a couple traveling in Greece divided by tragedy – and by the entrance of Jane Fonda – in the 1963 romantic drama, “In the Cool of the Day”

With fewer opportunities in film, Lansbury took to the Broadway stage. After winning the Tony Award for Best Actress in a musical for “Mame” (pictured) in 1966, she repeated wins for “Dear World,” “Gypsy,” and “Sweeney Todd, the Demon Barber of Fleet Street,” and later won for Best Featured Actress in a Play for “Blithe Spirit.”

She said stage roles were liberating for her: “Oh, no question about it. I felt liberated the minute I came to Broadway. Those years at MGM – I hadn’t really been judged as an actress until I made it on Broadway.”

Angela Lansbury and Beatrice Arthur in the 1966 Broadway production of “Mame.”

Angela Lansbury entered a magical world of 2-D animation, playing a witch in the musical, “Bedknobs and Broomsticks” (1971), which featured many of the creatives (and co-star David Tomlinson) from “Mary Poppins.”

About a half-hour of the film’s 2.5-hour running time was cut by the studio following its U.K. premiere; while attempting to restore songs for home video it was discovered that some of the footage subsequently was lost and presumed destroyed.

“Death on the Nile”

The international success of the 1974 film, “Murder on the Orient Express,” led to a plethora of Agatha Christie adaptations with all-star casts.

“The Company of Wolves”

Angela Lansbury played a kindly grandmother in Neil Jordan’s 1984 horror-fantasy of big bad wolves and a young girl wearing a red hood, “The Company of Wolves” (1984).

Produced by the creators of “Columbo,” “Murder, She Wrote,” about a writer of mysteries and incredibly successful amateur sleuth, earned Angela Lansbury 12 consecutive Emmy Award nominations for her role.

“Beauty and the Beast”

A scene from the animated Disney musical, “Beauty and the Beast” (1991), featured the voice of Angela Lansbury as Mrs. Potts, who had been turned by witchcraft into a teapot. Other magic castle denizens were Kimmy Robertson as the Feather Duster, David Ogden Stiers as Cogsworth, Jerry Orbach as Lumiere, and Bradley Michael Pierce as Chip.

Referring to the British emigrant who became “American royalty,” President Clinton remarked, “Over her career her acting has given us a window into the full range of human emotion and experience. Her inventiveness and courage have inspired her colleagues, and her commitment to charity, especially the fight against AIDS, should inspire us all.”

Bernadette Peters and Angela Lansbury appear on stage during the Actors’ Fund of America Gala, at the Waldorf Astoria, October 30, 2004 in New York City.

Angela Lansbury comes up on the losing end of a food fight in the comedy “Nanny McPhee.”

Emma Thompson and Angela Lansbury arrive at the premiere of “Nanny McPhee,” at CityWalk, January 14, 2006 in Los Angeles.

Presenters George Lucas and Angela Lansbury pose for a portrait during AFI’s 40th Anniversary celebration, at Arclight Cinemas on October 3, 2007 in Hollywood, California.

Actresses Angela Lansbury and Catherine Zeta-Jones appear onstage along with fellow cast members during the curtain call at the opening of “A Little Night Music,” at the Walter Kerr Theatre, December 13, 2009 in New York City.

In addition to her five Tony wins, Lansbury was also honored with a lifetime achievement award at the 2022 Tony Awards ceremony.

Angela Lansbury accepts the honorary Oscar during the Academy of Motion Picture Arts and Sciences’ Governors Awards, at The Ray Dolby Ballroom at Hollywood & Highland Center, November 16, 2013 in Hollywood, Calif.

David Morgan is a senior editor at CBSNews.com and cbssundaymorning.com.