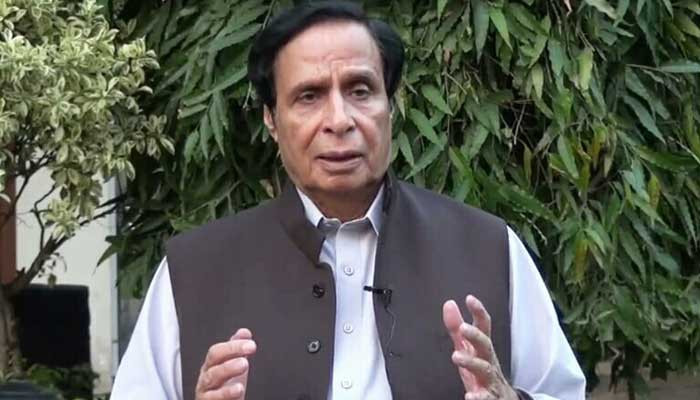 In view of the no-trust motion submitted against Chief Minister Parvez Elahi, Interior Minister Rana Sanaullah Tuesday threatened to seal the Punjab CM House if the much-anticipated session of the provincial assembly will not take place tomorrow (Wednesday).

Talking to journalists in Lahore, the security czar said: “Punjab CM House will be sealed if Chaudhry Parvez Elahi does not take the vote of confidence or the assembly session does not take place.”

The Punjab chief minister will have to take the vote of no confidence even if the provincial assembly session is not held, Sanaullah added.

“Elahi will lose the chief ministership if he does not take the trust vote,” he added.

Responding to a question, the interior minister said that the governor has the power to convene the provincial assembly session.

Referring to CM Elahi’s recent statement, Sanaullah said that the no-trust move must come when the chief minister himself said that 99% of lawmakers are against the dissolution of the assembly.

On the other hand, Punjab Assembly Speaker Sibtain Khan has said that the governor could not call a meeting during the ongoing session of the provincial assembly as per the rules.

Following his meeting with PTI Chairman Imran Khan at his Zaman Park residence, the speaker said that the PDM was running away from the elections.

He maintained that they were sitting at the secretariat late at night due to the assembly session.

“There is no confusion that we (PTI) and Parvez Elahi will have work together,” he said, adding that if 13 parties can work together under the umbrella of PDM then why not two parties.

‘PDM running away from elections’

The PTI leader said that the Pakistan Democratic Movement (PDM) is “running away from elections” and that if the ruling parties cannot run the country, they should step down.

“We will also face the no-confidence motion with full force. No matter what you (government) do, elections cannot be postponed,” he added.

Clearing the air, the PML-Q leader said he and Khan finalised a strategy to dissolve the Punjab Assembly. He added that the PDM could not stop holding of early elections in the country. “Imran Khan will sweep the next elections.”