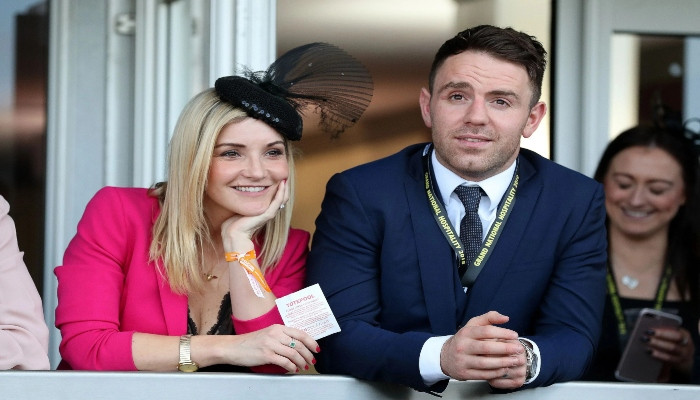 
Strictly Come Dancing and Countryfile star Helen Skelton is said to be deeply broken by the possibility that some of her friends had known about Richie Myler’s new romance but didn’t warn her.

In a short statement, a shocked and heartbroken Helen confirmed the end of her eight-year marriage to the Leeds Rhinos star, telling fans: “Very sad to say that Richie and I are no longer a couple. He has left the family home.

At the time of their split back in April, the former couple’s youngest child, Elsie Kate, was just four months old at the time. They are also parents to sons, Ernie, seven, and Louis, five.

The Sun reported that Richie had ‘started a romance with a mystery new woman just a number of weeks after the split. The woman was later revealed to be Stephanie Thirkill, 32, the daughter of Andrew Thirkill, President of Leeds Rhinos.

At the time, Richie’s pals claimed the sports star had ‘seen the young businesswoman several times recently and that they were in ‘the very early stages of a relationship.

“Richie appears to have been spending a lot of his free time with this younger, successful businesswoman,” an insider said.

Meanwhile, Helen feels betrayed that some of their friends possibly already knew [Richie and his girlfriend] were together before she did, and they didn’t let her know,” a source told new! magazine.

According to one source, while Helen was blindsided by Richie’s departure, she’d already spotted signs that something was off in their marriage.

“Helen has known something hasn’t been right in the marriage for a while now,” the insider told The Sun.