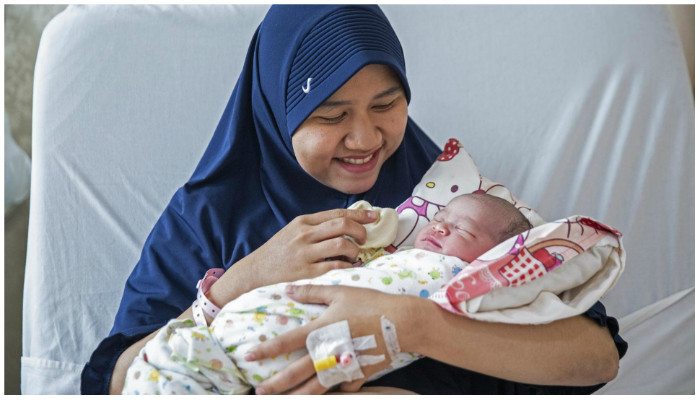 
For the first time in history, microplastic particles have been found in mother’s milk, leaving researchers and scientists deeply concerned about the potential impact on the babies’ health, The Guardian reported.

The shocking discovery was made when samples of human milk —collected from 34 healthy mothers within a span of a week after childbirth in Rome, Italy — underwent a scan. Microplastics were detected in 75% of the samples.

The presence of plastic in the environment remains a major concern due to the harmful effects of the chemicals it contains, as the habitants of the ecosystem continue to bear the consequences of environmental pollution.

Previous research has shown the toxic effects of microplastics in human cell lines, lab animals and marine wildlife but the impact on living humans is still undiscovered.

As per the publication, the researchers considered the mothers’ consumption of food and drink packed in plastic and use of personal hygiene products containing plastic, but found no correlation with the presence of microplastics in breastmilk.

The research suggested that microplastics are omnipresent in the environment, which “makes human exposure inevitable”.

“It will be crucial to assess ways to reduce exposure to these contaminants during pregnancy and lactation,” said Dr Valentina Notarstefano, who led the study at the Universita Politecnica delle Marche in Italy.

However, scientists stress the need to dig deeper into the reasons behind the presence of microplastics as breastfeeding is by far the most healthy form of infant nutrition.

Dr Notarstefano stressed that the benefits of breastfeeding are far greater than the harmful effects of microplastics’ presence, therefore the study doesn’t discourage the way of feeding babies.

“Studies like ours must not reduce breastfeeding of children, but instead raise public awareness to pressure politicians to promote laws that reduce pollution,” she said.