Daredevil: Born Again will not feature this key cast member 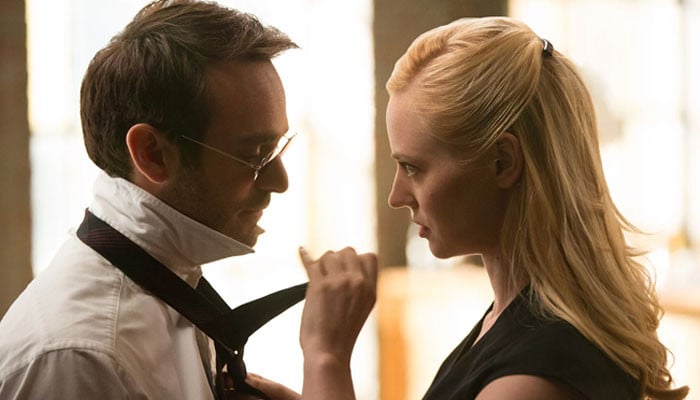 
Deborah Ann Woll will not be reprising her role as Karen Page in the upcoming Disney+ series, Daredevil: Born Again, per CBR.

When the Daredevil series on Netflix concluded after three season, there was little hope of seeing the cast reprising their roles again. But then, Charlie Cox’s Matt Murdock had a cameo in Spider-Man: No Way Home and Vincent D’Onofrio returned as Wilson Fisk/Kingpin in the Disney+ series Hawkeye, fans were optimistic for the series return.

Now, since Charlie Cox has joined the Marvel Cinematic Universe and is getting his own series, many rumours started that Woll would be returning as well.

Woll’s character is the secretary for Nelson and Murdock turned unyielding reporter, on the original Daredevil series, which ran for three seasons on Netflix. Her character was also featured in the spin-off of the Netflix series, The Punisher.

While working for Nelson and Murdock, Page comes into contact with Frank Castle (The Punisher), who she helps defend in court. When Nelson and Murdock fall apart, Page joins the New York Bulletin with the intention of writing Castle’s true story. In the spin-off series, Woll had a recurring role in it.

However, now the actress herself has clarified that she will not be in the upcoming reboot. Woll responded to a tweet from a confused fan who thought her return was confirmed, saying, “I mean if it’s true they haven’t told me.”

Previously, Woll herself has expressed the desire to reprise her role in the series. “I love that character so much, and I do miss it,” she shared with The Collider. “I really felt like we were unfinished. We had so much more story to tell. So yeah, it’s really gratifying to see how much people love her and want to see more from her. I hope I get to. I’m here. They know my number.”

Marvel Studios’ Daredevil: Born Again will be coming to Disney+ in Spring 2024.